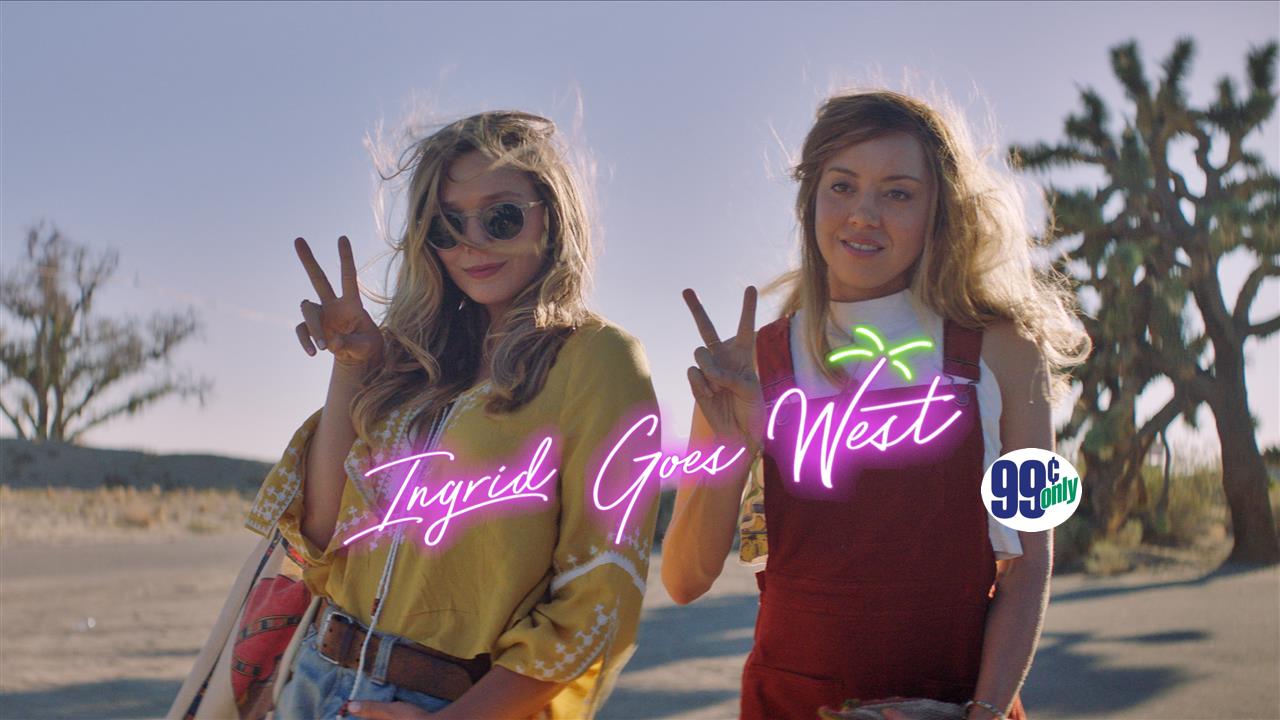 This week, a lonely, obsessive woman uses social media to stalk and befriend an Instagram “influencer” in Ingrid Goes West.

Are You Actually Insane?

Ingrid Thornberg (Aubrey Plaza) thought everything was going fine with her bff. But then she didn’t get an invite to said friend’s wedding. When that slight leads to a vicious attack on the woman’s big day, well, Ingrid’s troubled life begins to come clear. Turns out that bff was all but a stranger that Ingrid had been stalking via social media, and Ingrid’s obsessive behavior leads her to be under the temporary care of mental care professionals. Upon her release, Ingrid desperately searches for a change. She finds it in the guise of L.A. based, social media “influencer” Taylor Sloane (Elizabeth Olsen), but if Ingrid wants to ingratiate herself into Taylor’s glamorous SoCal existence, well, let’s say that Ingrid Goes West isn’t just a clever title for this twisted little dark comedy.

Over the past couple of decades, our collective obsession with social media sites has made its way into dozens of movies. Still, it seems like for every like-worthy addition to the social media movie landscape (The Social Network, Catfish), there’s been an equally tragic misfire worthy of blocking the burgeoning genre entirely (see Disconnect, Newness). With intriguing entries like Tragedy Girls and Like Me making their way into the fold, 2017 may well go down as the year the genre started to get things right. And yes, Matt Spicer’s Ingrid Goes West is very much part of the conversation.

Spicer’s devilishly disquieting debut is likely to find itself at the forefront of that conversation in the near future. Mostly because the film’s unflinching look at the plasticity of social media and the potentially perilous obsessions it can inspire doesn’t feel all that farfetched. Be honest, who among us hasn’t spent a bit more time than we’d care to admit gazing at photos of old friends, or even strangers online and wondering what it might be like to a part of their life? Most of us draw the line at voyeuristic intrigues and get on with our lives, but there’s certainly a portion of the population that gets sucked into the void only to find the lines between the facts and fictions of online personalities indecipherable.

Spicer peers between those lines in this pitch black, social media fantasia and finds not just a wave of loneliness and despair, but a society that simply doesn’t comprehend the cost of all that online posturing. It’s heavy stuff to be certain, but as with any social satire, the journey within is as important as the journey without. Though Ingrid’s westward journey is a decidedly bleak affair full of outlandish lies, emotional strife, cringe-worthy missteps, and vapid, unlikeable characters, Spicer and co-writer David Branson Smith are smart enough not to let Ingrid Goes West be consumed by darkness. Rather, they punctuate this desperate tale of disconnect with spirited moments of humor and near connection.

Surprisingly, many of those moments are spawned not from the film’s unnerving central relationship (between Plaza’s unstable stalker and Olsen’s insipid “influencer”), but between Plaza’s Ingrid and her Batman-obsessed landlord Dan (O’Shea Jackson Jr). The pair’s natural chemistry and Jackson Jr.’s effortless charisma bring a much-needed warmth and sincerity to a story otherwise wallowing in secrets, half-truths, and barely masked insecurities. In any other film, Jackson Jr. would likely be tapped as the “breakout star.” Not in Ingrid Goes West. That title belongs to none other than Aubrey Plaza, who appears in nearly every frame of this film, and finds a welcome balance between outlandishly foul-mouthed persona and oddball sweetness that have made her such a compelling actor over the years. In doing so, she creates a fully three-dimensional character that’s at once seriously creepy and wholly sympathetic.

That balancing act was not overlooked by Matt Spicer. He builds his entire film around his star’s beautifully layered performance, and the pair deliver a disturbing, hilarious, socially conscious film in the process. Like any socially conscious fiction, Ingrid Goes West is forged by taking a simple concept to an extreme place. And like the best of socially conscious fictions, it finds something surprisingly human when it gets there. As in life, you may not like what you see on the way, but it’s still a journey that’s well worth taking.

You bet. While Ingrid Goes West may lack some of the capricious energy and satirical bite as other social media skewering films (Robert Mockler’s dazzling/devastating Like Me packs a far more potent punch), it still has a lot to say about the dangers of social media obsession. If you’re the sort that spends a little too much time on Twitter, Instagram, or whatever “life-changing” app is in vogue this week, Ingrid Goes West may just be the mirror you need to start adjusting your own behavior before it’s too late. Now, would you pay a dollar for that sort of insight? Think about it.