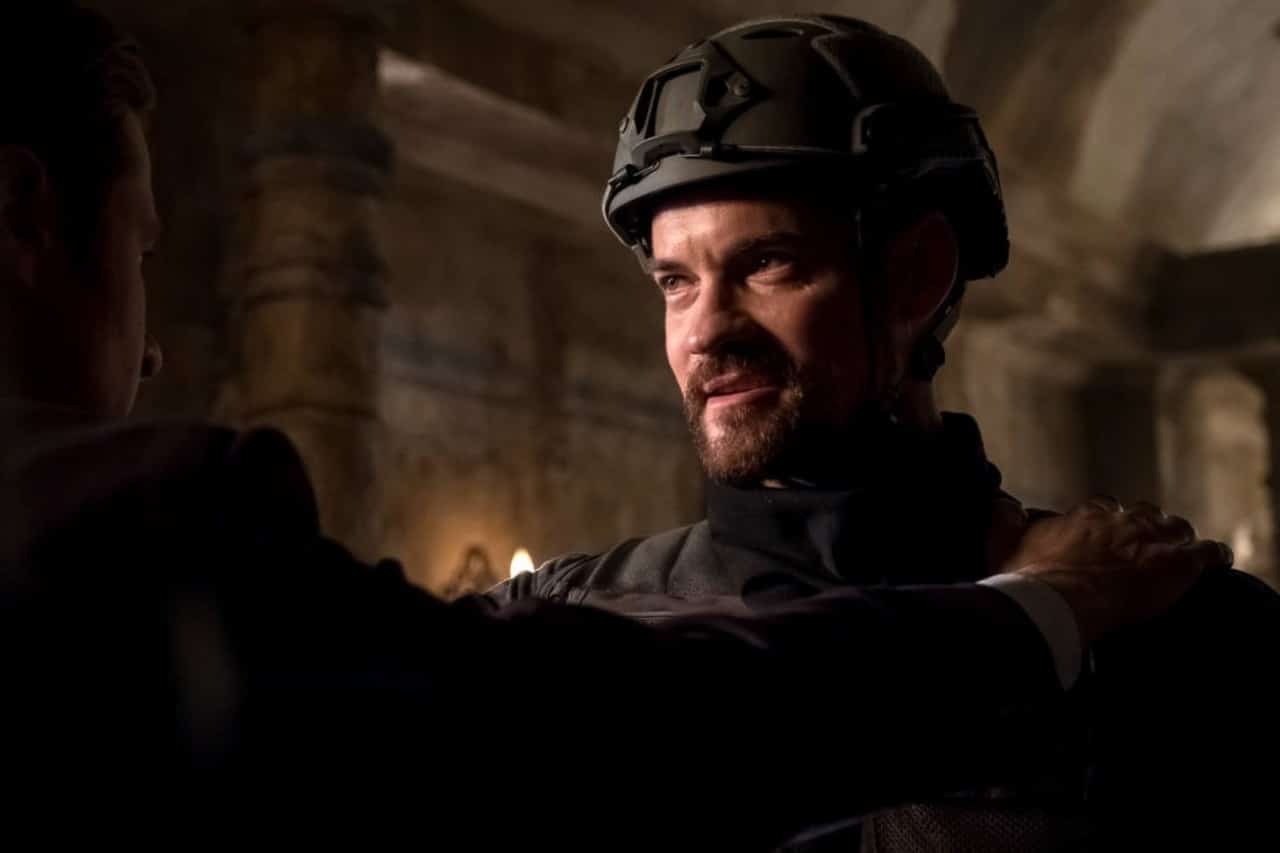 If you’ve been following along, you’ve probably noticed that this last stretch of Gotham episodes has been pretty solid thus far (at least by Gotham standards). And while this week’s installment is a bit slower than the previous couple (only one near-explosion), it’s still not a bad hour of television. It sets the table nicely for what’s ahead, so as long as the writers follow through, we should be in for some entertaining stuff down the road.

We don’t see much of Bruce Wayne again this week, which is odd since this is a show set in the Batman universe, and, well, he’s Batman (or will be soon). But the time we do spend with him moves the boy-to-bat transition along significantly. At this point, Bruce is, like most young people, very idealistic. The bright line between good and evil is easy for him to see—in his world, if you’re a “good” person, and you do a “bad” thing, it’s not really your fault. Someone else made you do it. He didn’t really murder Ra’s al Ghul a couple of seasons ago—Ra’s manipulated him. So, by the same token, Selina can’t be responsible for Jeremiah’s murder, because Jeremiah forced her to do it by stabbing her first. She’s “good” in spite of what she’s done, and Bruce desperately needs to remind her of that.

But she’s really not. Not in her mind, anyway. David Mazouz isn’t the best actor I’ve ever seen, but the look on his face as Selina basically tells him she doesn’t give a crap about him or anyone else (and apparently never has) is heartbreaking. Is that entirely true? Of course not. Have the special Ivy drugs that miraculously healed her paralysis also messed with her head? Definitely. Could she be telling him this just to get him to leave her alone because he makes her feel inferior with his hyper-idealistic moral code? Absolutely. It’s all of the above.

But the important thing for Bruce to remember is that there really aren’t “good” people and “bad” people. We all have the capacity to do really great things, and we’re also all capable of doing incredibly shitty things. Because, at the end of the day, we’re just people. And the sooner Bruce learns that, the better. Selina’s tired of being pitied just because Bruce believes she’s too weak to take care of herself. Like a lot of men, Bruce thinks Selina needs to be rescued. But what she really needs is to be left alone.

Another relationship that gets rekindled (sort of) is the friendship (frenemy-ship?) between Ed Nygma and Oswald Cobblepot. The two of them are both fascinating characters, and it’s fun to see them sharing a scene once again. Granted, their reconciliation is a bit superficial since Penguin is willing to give the Riddler up immediately to save his own hide, but I think he meant it when he told Ed that, if he wanted Ed to suffer, there’d be no question who was behind it. The bad blood between these two goes way back, and we know neither of them is shy about taking revenge out in the open so they can see the other one’s face as it happens.

As it turns out, Oswald isn’t pulling Ed’s strings after all. I’ll save my thoughts about Eduardo Dorrance for the end since they involve some mild spoilers for upcoming episodes, but I can’t quite wrap my head around why Secretary Walker would have Hugo Strange brain-chip Ed, force him to blow up a building full of innocent people, and then make Jim kill Ed. If you’re taking out all of Gotham’s criminal factions anyway, and Ed’s a known criminal, then why do you need a pretext—especially one that involves mass murder? And all this has to happen before Gotham gets any more humanitarian relief?

Oh well—that’s Gotham for you.