The Most Memorable, Ridiculous and Awesome Moments from the Marvel Cinematic Universe: Phase Three 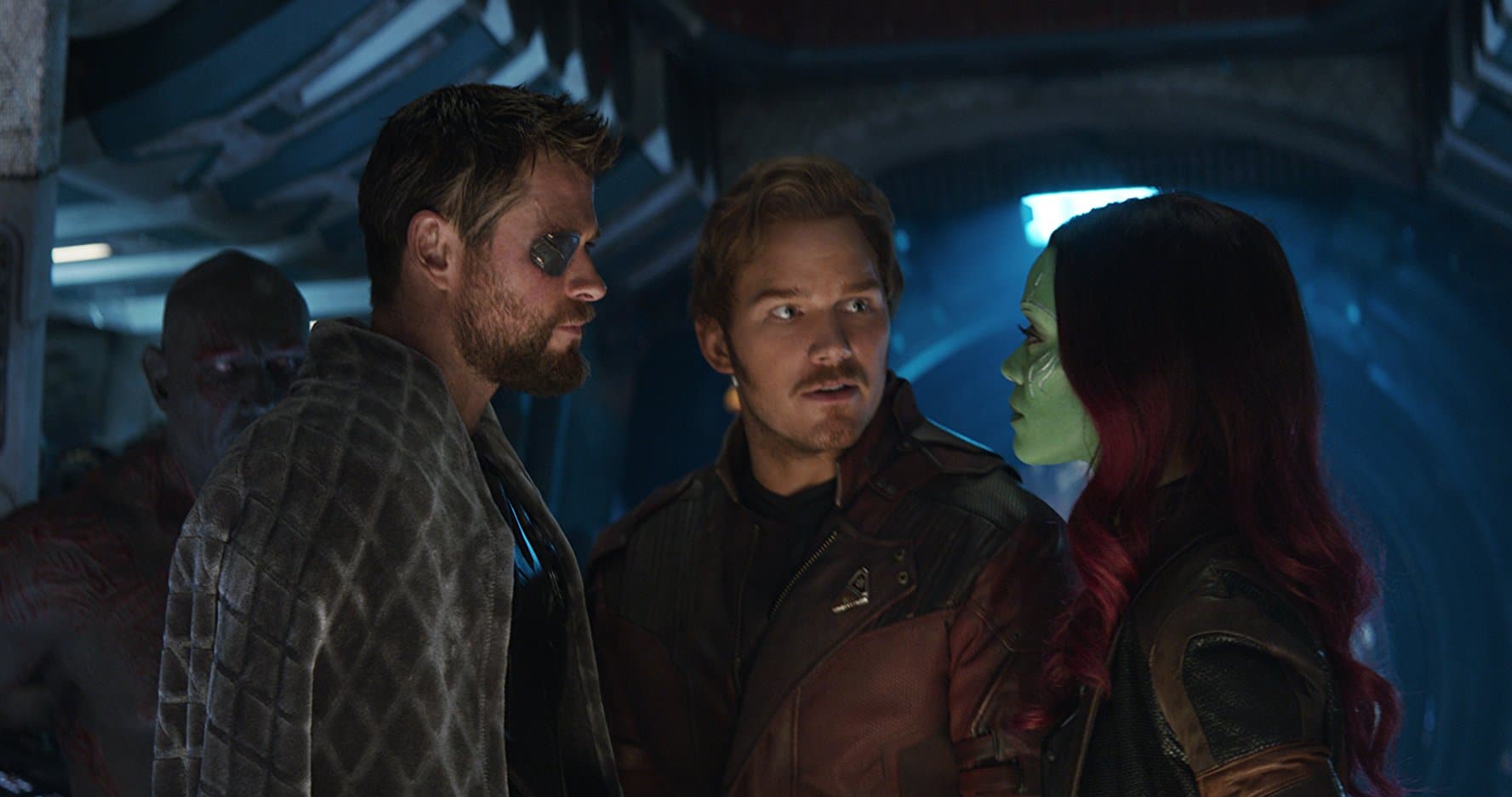 Phase three of the Marvel Cinematic Universe proves just how great a time it is for comic book fans and fans of action comedies. Of the seven movies released so far in phase three, we have epic team ups that seemed only possible to orchestrate with action figures and origin stories that are somehow still fresh. So this brings us to the final entries in our look at the MCU’s standout moments as we celebrate their 10th anniversary. Get ready. It’s a fun phase.

Each entry only contains spoilers for that particular movie. So if you haven’t seen ‘Infinity War’ yet, just skip that one for now.

Captain America vs. Iron Man, Ant-Man vs. Spider-Man, Black Widow vs. Hawkeye. These are just a few of the fun hero against hero match-ups we get in Civil War. So many people punching each other in the head! But one scene stands out in the film both for its comedic beat and the questions it raises. As Cap is on the run with Sam and Bucky, he pulls off in an underpass to meet up with Agent 13, Sharon Carter. We learned earlier in the movie that Steve’s one-time neighbor and SHIELD agent is also Peggy Carter’s niece. They had a bit of a will they/won’t they romantic tension in their previous film. But here they share are a kiss… for some reason. Not only does it come across as odd timing, the romance never goes any further. But he’s also smooching his old flame’s niece. What’s the code for that kind of thing after being frozen in ice for decades? Meanwhile, watching on in the car, Bucky asks Sam, “Can you move your seat up?” “No,” Sam replies immediately. Anyone else getting childhood vacation flashbacks?

If you’ve ever come across the character of Doctor Strange in the comic books, you knew going into the movie that this was going to be different from the other Marvel movies. But in case you didn’t know, this becomes abundantly clear when the Doctor has his eye opened by the Ancient One. We follow the character flying through space and then getting hurled through what looks like a kaleidoscope. It’s quite trippy to watch. But it all comes to a bizarre head when Strange is in a cave of arms and hands. When looking at his own hand, he notices that each finger is growing a hand that has hands growing out of each subsequent finger. I believe my exact wording when I first saw the movie was, “What the hell is happening?” I still can’t really answer that.

With all my choices I have attempted to avoid elements that are the first things people think of when remembering each movie. However, with Guardians Vol.2, that standout scene is both odd and hysterical. So I have to include it. As Star Lord and Yondu float back down to the ground during the battle with Ego, Yondu is holding onto his special arrow. The way he’s positioned leads Quill to point out, “You look like Mary Poppins.” After Quill assures Yondu that “he’s cool,” Yondu yells, “I’m Mary Poppins, ya’ll!” And an iconic moment is born.

A lot of Spider-Man: Homecoming is dedicated to showing what it would be like for a high school student to become a superhero. But like a real high school kid, not 30 year olds pretending to be in high school like in the Tobey Maguire movies. One of the best examples of this comes when Spidey attempts to use his Stark designed suit to get information from a criminal he encountered earlier. That criminal, Aaron Davis, has a history in the comic books. But more fun than that connection is Peter attempting to be tough by using “interrogation mode.” Davis quickly catches on to the changed voice Spidey is using. “I heard you by the bridge. I know what a girl sounds like.” A defensive Spider-Man replies, “I’m not a girl. I’m a boy. I mean I’m a.. I’m a man.” It’s a scene that perfectly shows the struggles of this current iteration of Spider-Man. It also may be the hardest I have laughed during a MCU movie.

Most of the films from the MCU have been able to craft their own slightly different tone from the previous movies. But Thor: Ragnarok goes a step further by taking the Guardians of the Galaxy neon space vibe and then ramping it up to 11. One of the standout scenes combines the over the top comedy of the movie and pairs it with a very human moment. While in the process of escaping Sakaar, Thor and Loki find themselves in an elevator together. After Thor reveals that he “thought the world” of Loki, you can see a realization hit his brother. Is it regret we see or guilt that Loki plans to betray Thor again? Either way their silence is put to bed as Thor suggests, “Let’s do ‘get help.’” The technique tricks the enemy into thinking that Loki is injured and needs help before Thor chucks his bro at the bad guys. Apparently it always works and it does this time too.

I could spend an hour looking through a thesaurus, but quite frankly the best way to describe Black Panther is cool. It’s just a cool movie. So what’s the standout moment? Could it be Shuri insulting her brother’s sandals? “What are those!?” Or maybe it’s the awesome afrofuturistic technology. One element that has flown a bit under the radar is Andy Serkis’ portrayal as the absolutely bonkers Ulysses Klaue. Honestly he would be one of the most interesting Marvel villains if he wasn’t overshadowed by Killmonger, who fits better in this particular narrative. Not only is this a rare instance where we get to see Serkis outside of a motion capture performance, but he is just plain fun. He cracks himself up by “making it rain” during the casino fight. He insists on blasting some jams during the high-speed chase and it just so happens he and his henchmen have a Sound Cloud mixtape. You don’t see Malekith the Accursed dropping a mixtape, do you?

Like many of the phase three hits, it’s nearly impossible to pick one moment that stands out amongst the rest in Infinity War. It’s like a greatest hits compilation. Each scene is amazing. But as much as I want to go with Thor emerging on Earth to level the playing field (my theater cheered and clapped when this happened), another lighter scene comes to mind as the winner. After Thor is rescued from drifting through space by the Guardians, we get an epic bro-off between two of our favorite heroes. Star lord is instantly defensive as his team points out the physical specimen that Thor is. They even go as far as to say that Quill is a burger away from being out of shape. (I’m paraphrasing.) When Thor wakes up, Quill ramps up his attempt to show his worth. By the end, Quill resorts to imitating the God of Thunder’s voice. It almost feels like an exchange you would get between the actors on a press tour. Parts of the scene can be seen in the promo below.

Well this has been fun! Thanks for reading along on the journey through the 19 Marvel Cinematic Universe films. Surely you have your own favorite moments. There are tons more I could have mentioned. So let us know. What are your favorite memorable, ridiculous and awesome moments from the MCU?

Augmented Reality: I Have Seen the ‘Ghost’ of Christmas Future, and Boy Is It Cool