The Most Memorable, Ridiculous and Awesome Moments from the Marvel Cinematic Universe: Phase Two 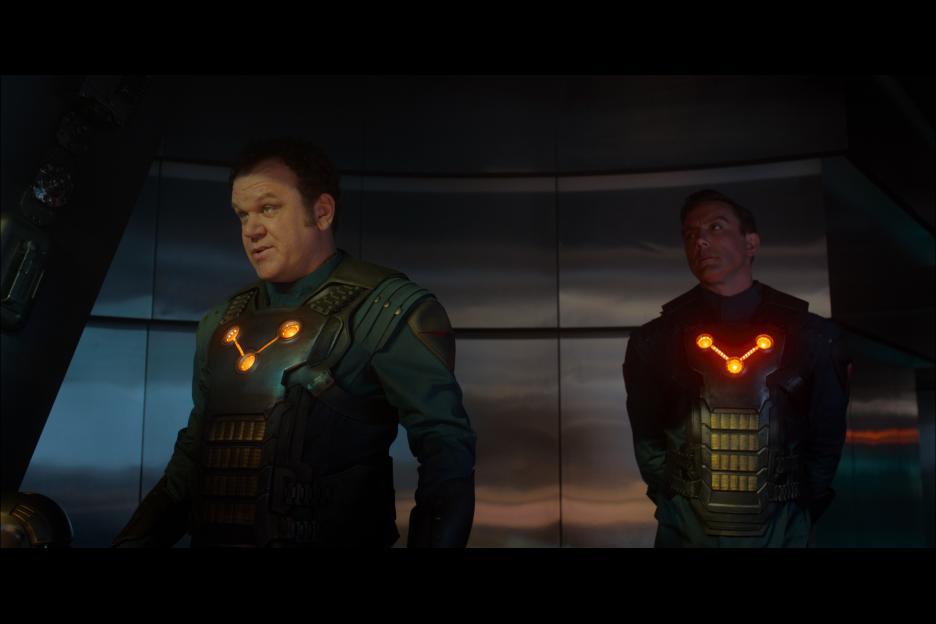 Our look back at the stand out moments in phase one of the Marvel Cinematic Universe brought us to some… interesting places. Now we have more to come with phase two. If you look through this roster of films, few would consider it to be the MCU’s best era. But that’s the great part about this run of movies, even the weakest entries are a lot of fun. I’m not here to rank the movies though. I want to remind you of those moments that you may have forgotten about and others that are hard to get out of your head. Let’s take a look.

Captain America has the Red Skull. Thor has Loki. Iron man is supposed to have The Mandarin. With Tony Stark’s third solo effort it looked like we were finally going to get that matchup. Award winning actor, Sir Ben Kingsley was bringing that iconic figure to life as a mystic terrorist. Then it all came crashing back to Earth as a con and we had another forgettable villain pulling the strings. In the build-up to Iron Man 3, I couldn’t have been the only one to be psyched about this casting. But now I just try to forget he’s a fraud as I watch the first half of the movie. There are actually some very creepy moments when we still think he’s a real terrorist. Maybe that’s why he had to be a phony. Marvel can’t go that dark. The hard-drinking, soccer loving Trevor was fun, but I would have preferred the real villain. The Marvel One Shot short film, “All Hail the King” teases a “real” Mandarin being out there somewhere. But we’ve had no signs of him popping up since.

The first Thor had the God of Thunder struggling with small town life on Earth. Thor: The Dark World spends a lot of its time on Asgard putting Jane in a fish out of water scenario. If you look at the Thor films, plus his other appearances, as a whole this becomes an interesting chapter to see what life is like across the rainbow bridge. Lady Sif and the Warriors Three get some fun lines and battle scenes. But you know as well as I do that Heimdall is the unsung MVP of Asgard. How about when he runs up the bridge and single-handedly takes down an enemy ship with a pair of knives. A PAIR OF KNIVES!

The easy choice for Captain America: The Winter Soldier would be the elevator fight scene where Cap fights off a whole horde of attackers in close quarters. But I’ll pass on that one to point out Steve Rogers’ notebook early on in the film. After meeting Sam Wilson (The Falcon) on a jog through Washington DC, Wilson suggests Steve listen to the ‘Trouble Man Soundtrack’ performed by Marvin Gaye. Steve adds it to his to do list of things he missed while being frozen. It’s a varied list, but it’s a bit surprising that Disney didn’t take this opportunity to name drop all their own properties. Star Wars is there as the only item crossed off. So naturally that’s the one he made the time for. He should put the MCU on his list. It’s pretty good. That would be way too meta. I guess that kind of thing would be more appropriate in a Doctor Strange film.

You may not know these characters by name, but their scenes are some of the funniest Guardians of the Galaxy has to offer. And that’s definitely saying something. Dey is played by John C. Reilly and Peter Serafinowicz plays Saal. Neither actor is a stranger to comedic roles. Subsequently they are brought into the film at some pivotal moments. In the scene where the newly arrested Guardians are booked, we get the iconic line used in most trailers. “What a bunch of a-holes.” That comes back up later as Dey relays a quote from Star Lord to his boss before the climactic battle. “He said that he may be an ‘a-hole.’ But he’s not, and I quote, ‘100 percent a dick.’” The pair also get some serious moments at the end of the movie. We see that a mother and daughter almost killed in the attack are Dey’s family. Saal unfortunately sacrifices himself to save Xandar. They are very much missed in Guardians Vol. 2.

Age of Ultron is filled with fun exchanges between various assortments of characters. This is best shown during the party scene at Avengers Tower. After winning the battle in the film’s opening, the group is looking to celebrate. Thor gets Stan Lee trashed, Falcon is playing pool with veterans and afterward they all take turns trying to lift Thor’s hammer. (Cap is the only one able to make it budge.) There’s also a fun debate between Tony and Thor about whose girlfriend is more important. As they drop the debate, Thor puts a bow on it by saying, “But Jane’s better.” The blooper version featured on the blu-ray goes a step further. “Pepper smells like porridge.” I don’t know what porridge smells like. Is that good or bad?

The comedic relief side kick troupe is well-worn in the MCU. But personally, I find most of them to be funny. None more so than Scott Lang’s group of criminal buddies in Ant Man. Luis, Kurt, and Dave do provide some support for the final mission, but they contribute to the movie much earlier than that. Michael Pena’s Luis is the best of them all. There’s the epic tragedy of getting his van, his excitement for gaining high level credentials and of course his awesome storytelling skills. You knew a movie called Ant Man couldn’t be super serious and these guys help it succeed by keeping it late when necessary.

Our look back at phase two of the Marvel Cinematic Universe is dominated by character moments. But many of them aren’t the characters that come to mind when you think of these movies. Stay tuned for part three as we wrap up our look at the first ten years of the MCU.

What’s Coming to and Leaving From Netflix in May 2018

Kawaii Pixels Shop Owner Tells Us About Her Cute Creations