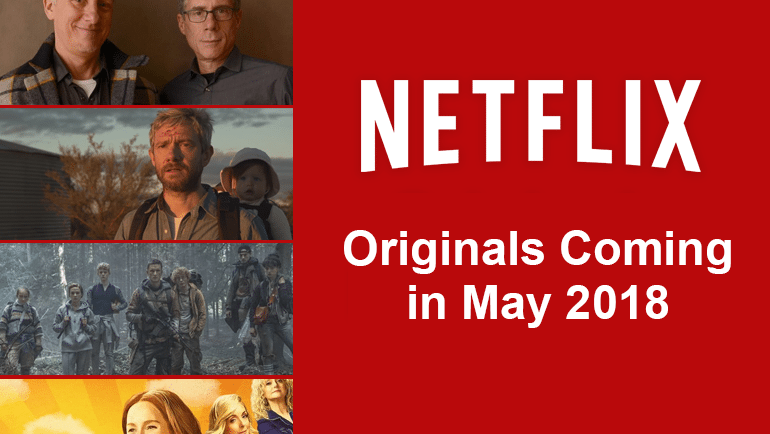 Howdy Netflix addicts. We’ve got all the hot flicks, shows and stand-ups coming in May for you. If you thought last month’s additions couldn’t get any better, then well, you were dead wrong. Here’s what we’re excited about in May.

Probably the most exciting film coming to Netflix is Pixar’s Coco, a definite standout and Academy Award winner. A delightfully colorful tale of a young Latino boy’s journey into the afterlife is sure to make you laugh and cry. Perfect for adults and kids alike, it streams officially on May 29.

Additionally, Netflix is treating us to a new special from stand-up legend John Mulaney. Titled John Mulaney: Kid Gorgeous Live at Radio City, longtime fans will rejoice at new material from this brilliantly funny mind. Mulaney is in peak form here. Catch his new special May 1. Other amazing specials by Hari Kondabolu (Warn Your Relatives 5/8), Ali Wong (Hard Knock Wife 5/13), and Tig Notaro (Happy to be Here 5/22) will be available in the coming month as well. In times like these, laughter should be in abundance.

My Guest Needs No Introduction with David Letterman, known for excellent interviews and snappy humor, will be getting a new episode on May 31 with controversial guest Howard Stern  The lovable Joel McHale will be getting more screen time come May 6 in his show The Joel McHale Show with Joel McHale. Titans of comedy Steve Martin and Martin Short will be featured in Steve Martin and Martin Short: An Evening You Will Forget for the Rest of Your Life (airs 5/25). It aims to please with a variety of comedy sketches, new material from both comics, and a live performance from bluegrass band Steep Canyon Rangers.

Netflix original series The Unbreakable Kimmy Schmidt and Dear White People will be also be returning with new seasons. Kimmy Schmidt is back on May 30 while Dear White People‘s new season will start May 4. Absolutely keep your eyes peeled for Michelle Wolf’s The Break, available on May 27. Being a former Daily Show writer doesn’t hurt her credibility either. Stop by The Break for a break from the typical late night comedy fare.

Featuring magnetic performances from its three leads and one of the most gripping mobster tales of the 20th century, be quick to view GoodFellas before it leaves Netflix on May 1.

High School Musical fans will have plenty to cry about this May. If you’re an avid fan (which, let’s be honest, who isn’t) you’ve got about a week left to cram this cheesy piece of catchy goodness down your eye gullets. The first two installments leave May 2 and the third piece leaves May 1.

Talladega Nights: The Ballad of Ricky Bobby (2006) brings us all back to the golden years of Will Ferrell. The humor here is irreverent, off-the-wall, and eternally quotable. Be sure to crack some dang brewskies and let those birds flip. There’s a lot of fun to have with this oddly heartwarming film. It leaves Netflix on May 12.

We’ve provided a full list below of all the upcoming Netflix arrivals and departures. Be sure to check Geek Insider for all your Netflix updates. Thanks for reading and we’ll see you in a couple weeks. Make sure to go out and smell the flowers in between episodes. It is spring, after all.