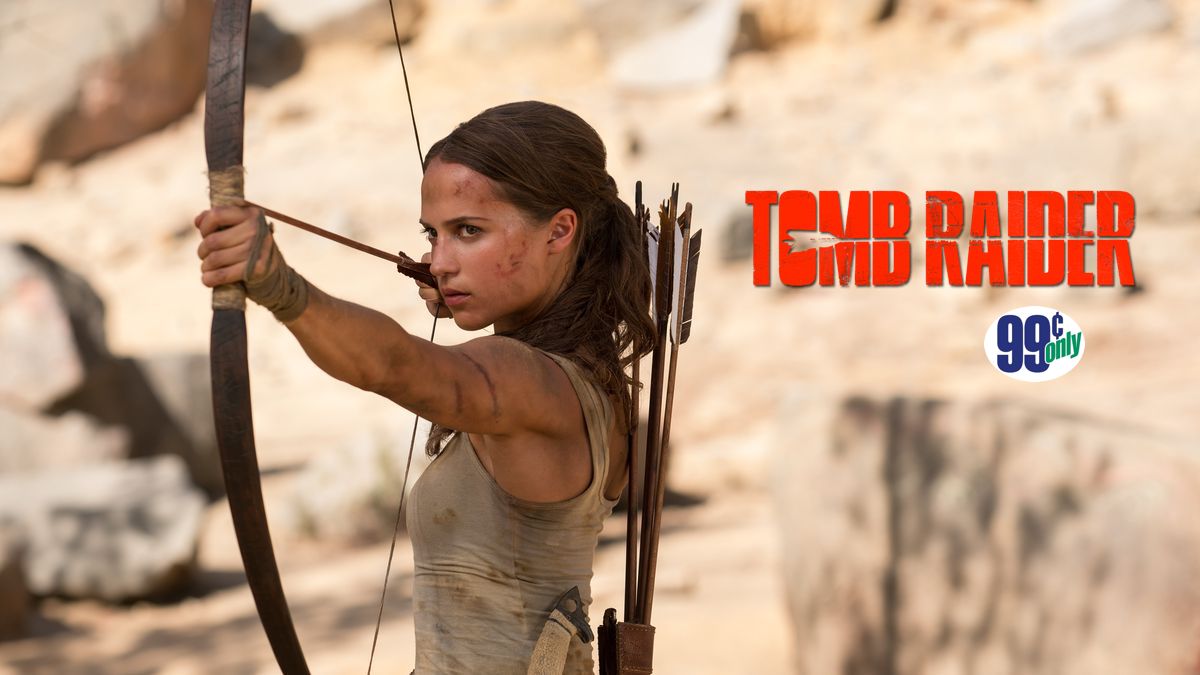 I Haven’t Seen You for a Long Time

Seven years after the disappearance of her father, Lara Croft is drifting through life with no direction. She refuses to recognize her family name, the massive inheritance that comes with it, or even to acknowledge her father may well be dead. When she finally appears willing to move on with her life, Lara finds a cryptic message from her father. One that plots her on a different life course full of danger, adventure, and mystery … not to mention hot on the trail of finally learning what happened to the old man himself. But will she live long enough to put all the puzzle pieces together? Find out in Roar Uthaug’s big budget but utterly soulless action bonanza, Tomb Raider. 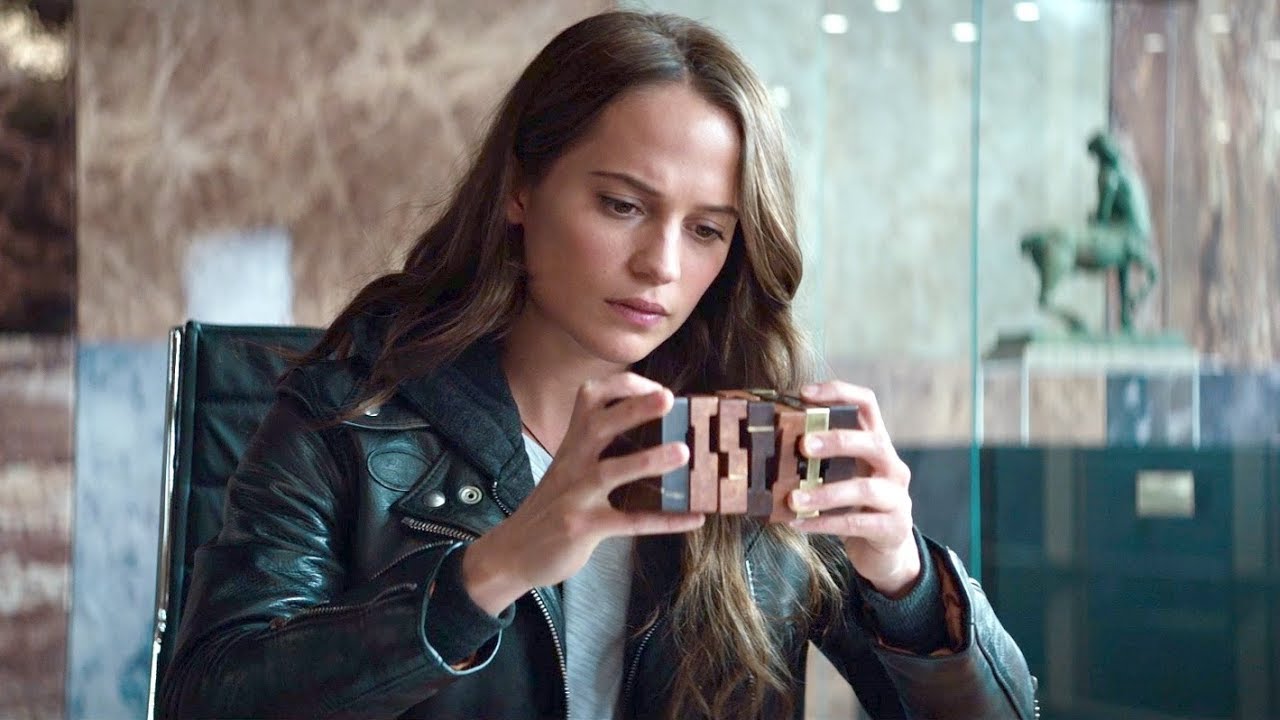 Before I begin, I want to be clear that I no longer play any sort of video games whatsoever. That being said, I used to play a lot, and have absolutely nothing against video games or the billions of people across the globe who play them. I’m even willing to admit that the ever-eroding line between video game production values and those of cinematic releases is more than a little bit intriguing, if not downright fascinating. I am also, however, a firm believer that said line will never, ever fully fade, and that the line actually needs to exist, because video games and movies will never be equal in terms of either artistic or entertainment value.

To that point, I’m also pretty sure there never has been, and never will be a good movie based on a video game … if only because the formats are just too different in both scope and goals. After all, the draw of video games is that you interact directly with them, and going to the movies is a far more passive event. So the question becomes, “why would anyone go to the movies to watch a video game?”

Of course, that hasn’t exactly stopped Hollywood big wigs from trying to cash in on the crossover potential of a good video game adaptation, but to date they’ve failed almost across the board. They failed with Final Fantasy and Assasin’s Creed, failed with Warcraft, Doom, and Hitman. They even failed with Resident Evil (though the six movie franchise might beg to differ, no matter how unwatchably bad the films themselves are). Don’t even get us started on the likes of Max Payne, or Prince of Persia, or Silent Hill. Let’s go ahead and add Tomb Raider to the list, ’cause the latest attempt to bring the adventures of Lara Croft to the big screen is just another reminder that video games just don’t work as movies. 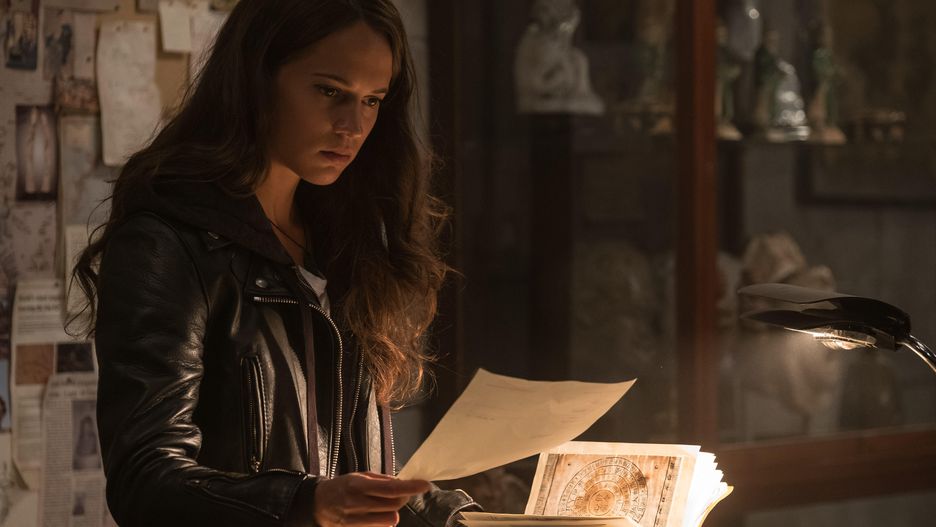 Just as a reminder, Tomb Raider is the third go at making a movie/franchise out of the bestselling video game adventures. The first two hit theaters way back in 2001 and 2003 respectively, and they did so with Angelina Jolie in the title role. Of those films, I’ll simply say that they were big, and loud, and predictable. I’ll say that they offered viewers little other than a wee bit of overt titillation and a few action-packed set pieces. It’s not surprising then that most moviegoers have already forgotten they even exist. Of this latest Tomb Raider tale, with the usually marvelous Alicia Vikander stepping into the lead, I’ll start by saying that I finished watching it less than two hours ago, and I’m already forgetting it exists.

So, before Tomb Raider fades completely from my mind, I should tell you that the one thing the filmmaker get right this go round is that they mostly take mindless titillation out of the equation, replacing Lara Croft’s trademark (and shamelessly short) shorts with a far less revealing/far more sensible pair of hiking pants. Sadly, it really is the only thing they get right.

Just for the record, if it seems like I haven’t said much about this new Lara Croft adventure, it’s because there isn’t much to say. Yes, there is in fact a plot to this mess, but you won’t remember a thing about it. There are characters involved in that plot, but they’re little more than archetypes, and you won’t care a thing about them. Those characters are involved in shocking twists and turns, and big, bold set pieces, but you won’t be emotionally invested in any of them. And in the end, no matter how hard it tries to make an impression, Tomb Raider will mercifully start to slip from your memory before the credits even roll … just like ever other video game movie ever made.

Still reading? Well perhaps I haven’t been quite clear enough, so here it is: Tomb Raider is a loud, predictable, ugly, bore of a film. And it’s way way way too long. It’s an utterly vapid piece of big budget bombast with almost no redeeming qualities, and I cannot recommend enough that you not waste even $0.99 on it. Understood? Now let’s all head over to Netflix, press play on Ex Machina, and remind ourselves why that Alicia Vikander really does deserve better than this. Shall we?