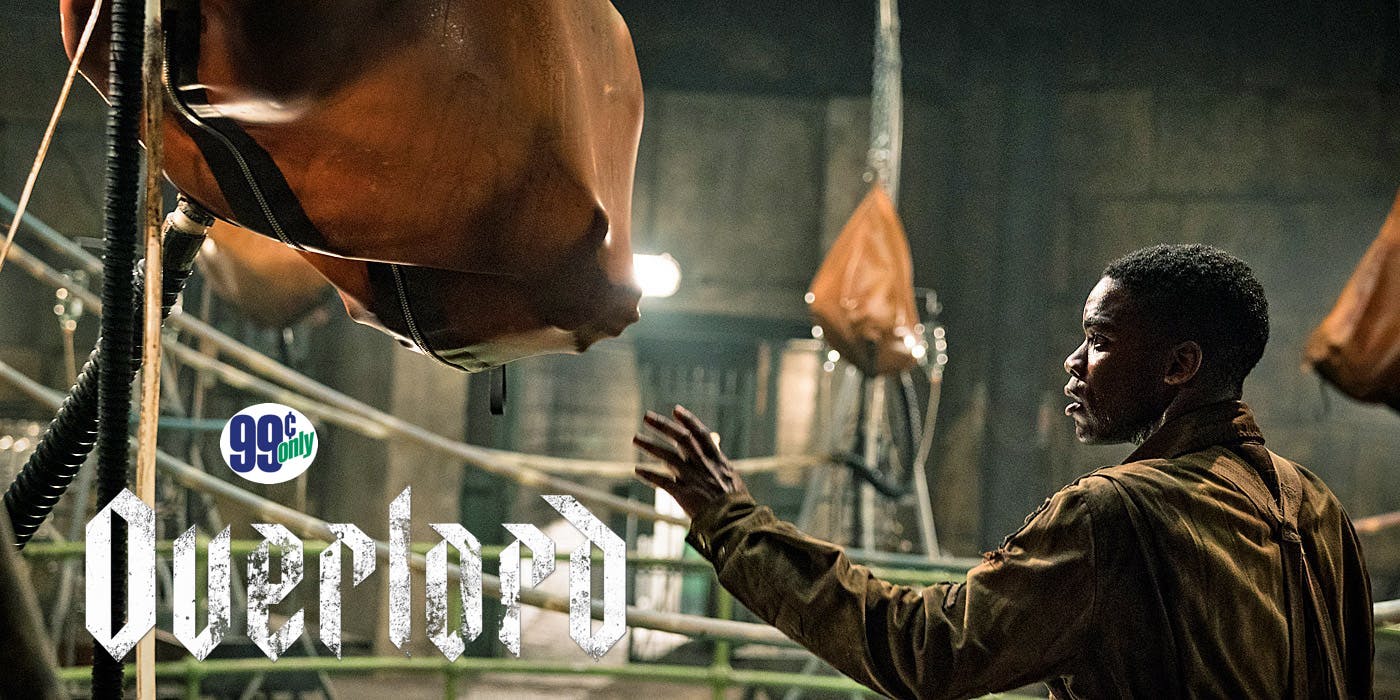 This week, a squad of American soldiers are trapped behind enemy lines, and discover the unfathomable truth behind a secret Nazi laboratory in Overlord.

I’m Here, and I Have No Idea Where I’m Going to End Up

On the eve of D-Day, a small band of U.S. soldiers are taking out a German outpost that will help Allied Forces storm the beaches of Normandy, and thus turn the tide of The Great War. Unfortunately, parachuting into hostile territory on a probable suicide mission is only the beginning of the bade for these brave troops. And once they’re behind enemy lines, these soldiers will uncover horrors beyond their wildest nightmares. So begins Julius Avery’s gory, WWII shocker Overlord. 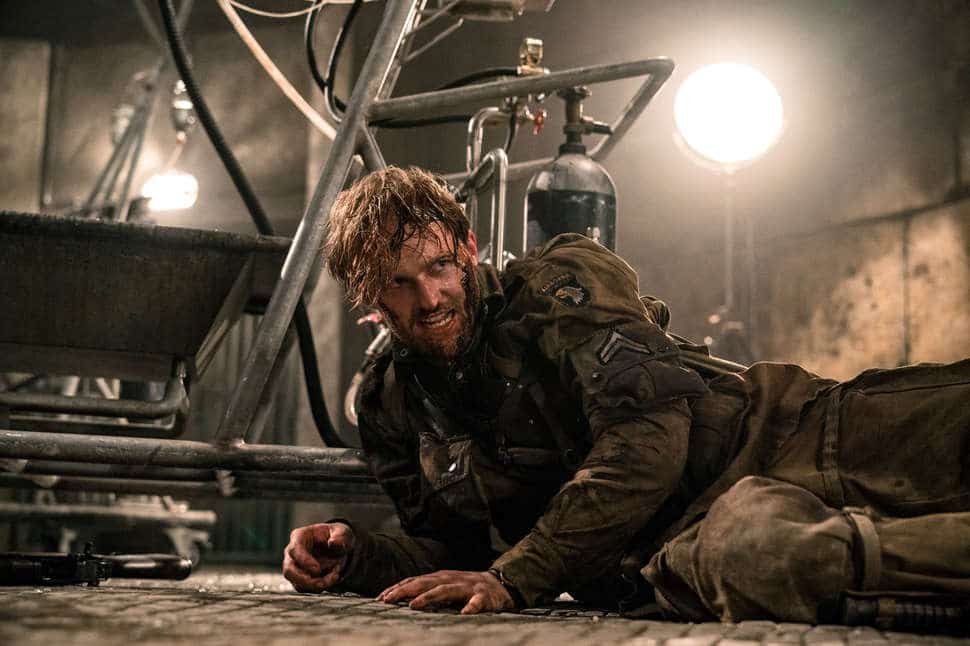 How’s It Feel to Have the Blood of Eternity Inside You?

Right now, you might be asking yourself exactly what sort of World War II movie Overlord is with that, “horrors beyond their wildest nightmares,” statement. For those scratching their heads, I offer two simple words to explain what sort of WWII movie Overlord is, and those words are … genre mashup. That’s right kids, part harrowing WWII drama, and part “mad-Nazi scientists trying to create pseudo-zombie warriors” freak show, Overlord looks to run the best elements of those contradictory genres through the Bad Robot blender with sights on producing a tasty genre confection from the mix. It also finds them delivering just that, with Overlord’s savvy blend of WWII drama and gore-forward horror proving the film a worthy addition to either genre.

That will not come as a shock to fans of the Bad Robot, b-movie machine. Over the past few years, the J.J. Abrams led production house has almost single-handedly led the “genre mashup” charge, taking a high-minded approach to b-movie setups with small screen offerings like Lost and Westworld, and brainy big screen projects like Cloverfield, and 10 Cloverfield Lane. Along the way, they’ve stoked the fires of the genre subset, and inspired a wave of mashup madness with lesser seen films like The Duffer Brothers’ pre-Stranger Things chiller Hidden, and this year’s tragically overlooked The Man Who Killed Hitler and Then The Bigfoot, not to mention less serious-minded offerings like Dead Snow, and Iron Sky. 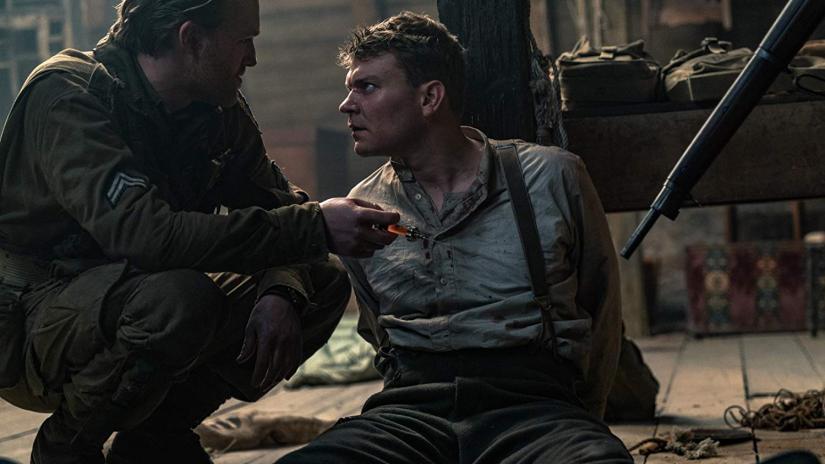 You might be noticing a trend in that many of the so-called genre mashups somehow work evil Nazi bastards into the mix. Overlord takes a similar narrative track, but while those genre bending beasts more than earn their mashup stripes, Bad Robot’s latest (directed with stylish, kinetic energy by Son of a Gun helmer Julius Avery) may well be the most succinct symbiosis of two disparate genres, with Avery seamlessly blending the thrilling action of a WWII movie with the unsettling edginess of a super gory, sci-fi horror flick.

To that point, I can tell you that Overlord opens with one of the most vividly executed action scenes of the last decade in a harrowing, unedited parachute jump into enemy territory. I can also tell you the film closes with a barn-burner of a finale that finds our heroes facing off both against the clock and a particularly nasty Nazi foe they never could’ve foreseen. Of the beyond tense moments in between, well, let’s just say that once our heroes get to the task at hand (which officially is to destroy a vital Nazi satellite), s**t gets really messed up really quickly.

Don’t worry, I’ve no intention of spoiling the manic madness that awaits in Overlord, ’cause I’m pretty sure most of you slept on this film when it hit theaters late last year. Just know that Overlord is cleverly scripted, beautifully acted, and meticulously assembled. Know that there are, in fact, “mad-Nazi scientists trying to create pseudo-zombie warriors” at play throughout. And know that even with that information at hand, you’ll still have almost no idea where this movie is headed from one moment to the next … because nothing can lessen the visceral impact of what the horrors our heroes uncover within the walls of that Nazi compound. Count yourself warned. 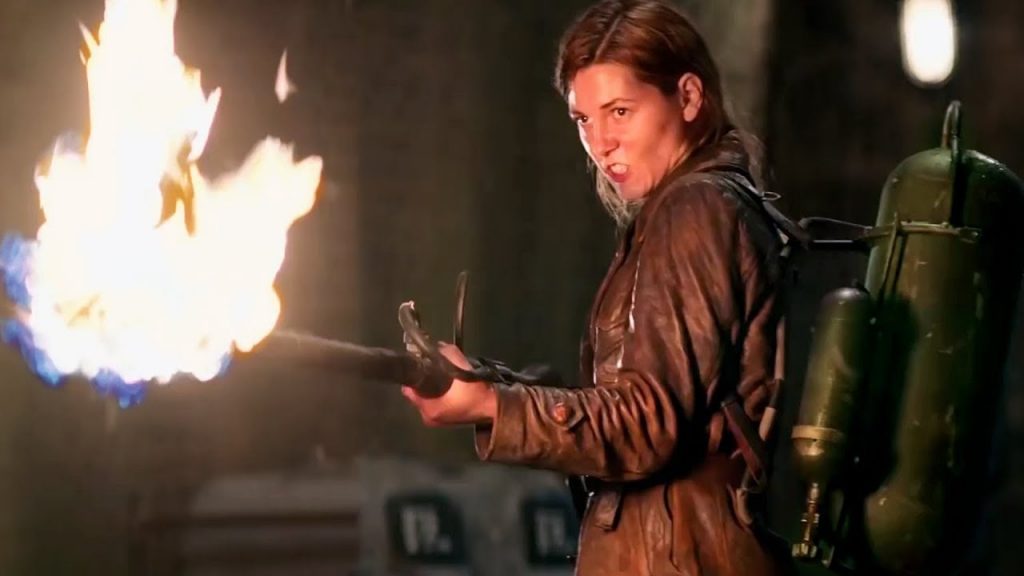 You bet. Equal parts savage, and silly, and suffocatingly tense, Overlord is everything a gore-loving horror fan could hope. That it’s also a kick ass WWII movie to boot is really just a double bonus sort of situation. If both sides of that wild mashup of genres sounds like your cup of tea, you’re going to be quite happy with everything about Overlord. And if you’re just on the lookout for a pulse-pounding WWII actioner, it’ll totally be worth your dollar to watch the first hour or so of this one … but for Pete’s sake, make sure you stop watching after that.