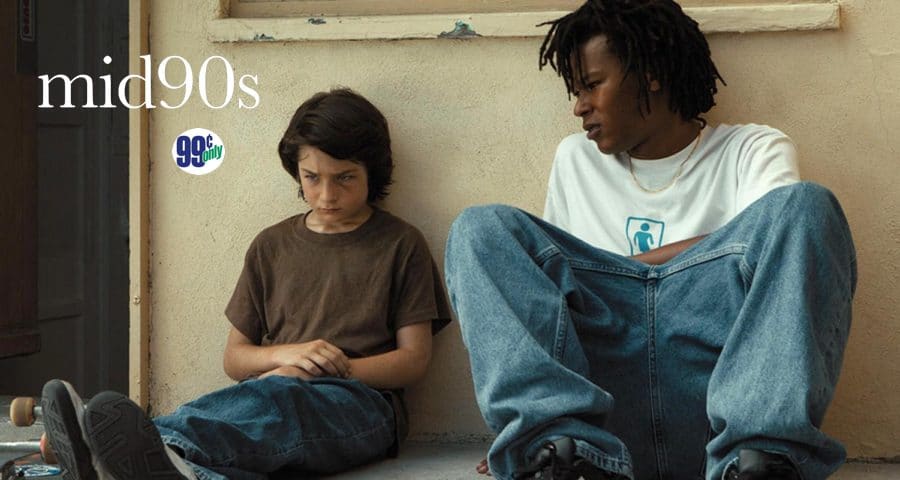 This week, a young Angelino escapes his troubled home life, and grows up fast in the company of his new skater friends in Mid90s.

Stevie, What The F**k Are You Doin?

His big brother is unstable and violent. His mother loves him, but isn’t around enough. His father isn’t around at all. In search of his own crowd (and maybe a little guidance), 13-year-old Stevie wanders into a local skate shop, and quickly finds a home amongst an older, ragtag band of neighborhood skater punks. But is the youngster ready for the world of hard skating and rule breaking that comes with his new crew? Find out in Jonah Hill’s coming of age tale, Mid90s. 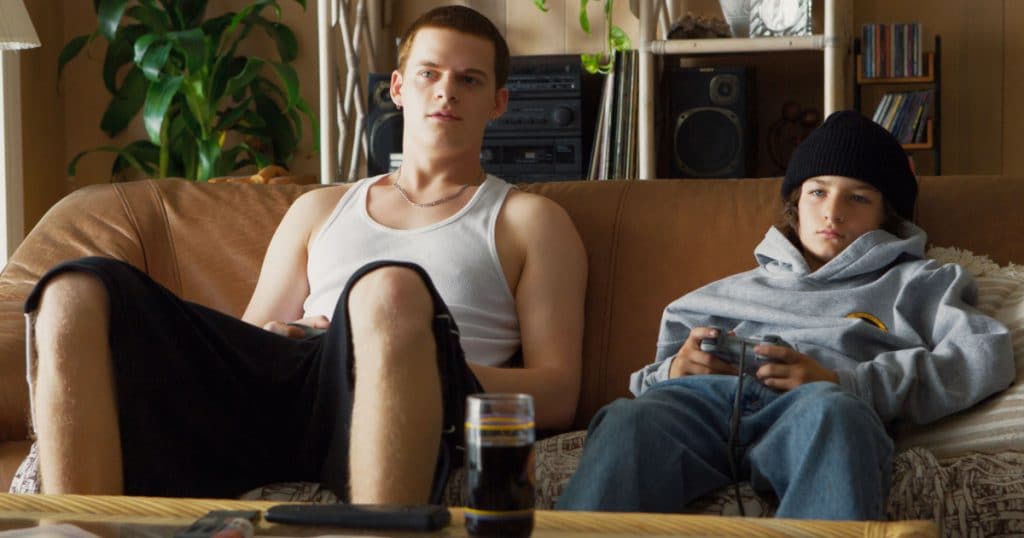 Looks Cool To Me

Yes, that Jonah Hill. He of Knocked Up, Superbad, Moneyball, The Wolf of Wall Street, and last year’s marvelous Netflix series Maniac has gone the way of the auteur by both writing and directing his first feature film. Just a word to the wise, you’re probably going to want to go shed whatever expectations you might have about actors taking their talents behind the camera for the first time, ’cause Hill very nearly hits this one out of the park.

Of course, Mid90s is also not Hill’s first turn at being either a writer or director. The multitalented actor has cobbled together his fair share of “story by” credits over the years, but he cut his teeth as the shot caller by directing stylish videos for Detroit rapper Danny Brown and indie songstress Sara Bareilles. It should come as little surprise then that stretches of Mid90s unfurl with the fluid pacing and precision of a music video, or that such an aesthetic would greatly enhance the scenes of the film that involve skateboarding.

For the uninitiated, most skate films are a relatively simple merging of sound and image that find filmmakers cutting the sickest of rail grinds and kick flips to hyper specific musical cues. Hill takes a similar approach to the skate-centric moments throughout Mid90s. While said moments are enthralling in and of themselves, they’re also few and far between. Though the world of adolescent skateboarders is at the center of Jonah Hill’s film, the writer/director has a lot more than just frontside and fakies on his mind, essentially taking a backside approach to the skate video that allows him to focus less on tricks and more on the lives of the brazen kids performing them.

At the center of that narrative is young Stevie (played by relative newcomer Sunny Suljic), who enters the world all but unaware of the mayhem that awaits. Suljic – so good in 2017’s brutalist farce The Killing of a Sacred Dear – again sizzles here, playing Stevie with equal parts glassy-eyed naiveté and world-weary knowingness. That combo helps make the character, in all his blustery, craven confusion, one of the more authentic adolescents to come of age on film of late. Hill bolsters that authenticity by surrounding him with a charismatic crew of players (particularly Na-Kel Smith) who all have a preternatural sense of when to linger in the background and when to bring their wild energies to the fore.

Hill gracefully bottles that energy, utilizing it to craft a crackling little coming of age tale that seems to exist somewhere between the fanciful, nihilistic anarchy of Larry Clark’s Wassup Rockers, the childish whimsy of ’90s classic The Sandlot, and the harrowing insight of Catherine Hardwicke’s Thirteen. He also gives Mid90s a gritty, ground look by shooting it entirely on 16mm film, an approach that – aided by a killer, period specific soundtrack – builds a distinctly ’90s atmosphere that never plays period for kitsch. In doing so, Hill delivers a period, coming of age flick that somehow also feels quite timeless. 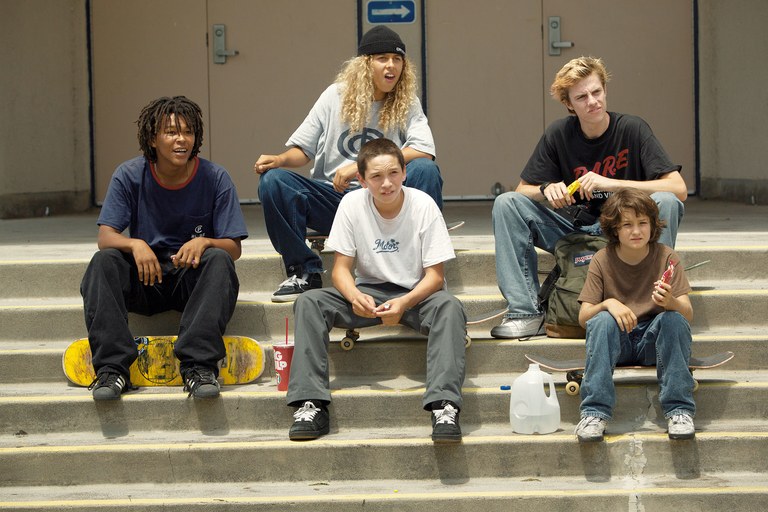 You bet. Though the film shorts itself a bit in failing to explore the troubling family drama within, Mid90s remains a tenderly observed, often heartbreaking, and frequently hilarious “warts and all” look at a past that’s not so far past. It’s a film so refreshingly unashamed to wear its heart on its sleeve that it can’t help but feel 100% authentic. Even in spite of its flaws, Mid90s is also ample proof that Jonah Hill – as much fun as he can be on-screen – might just be laying the groundwork for an equally compelling career behind the camera.