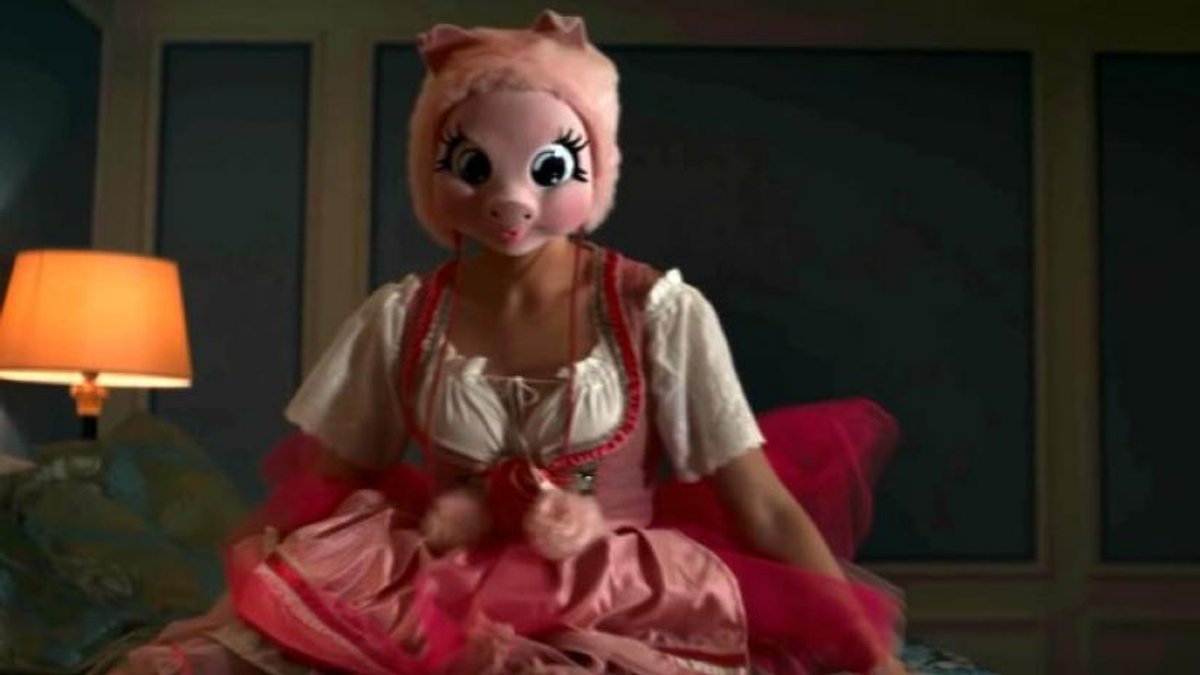 Any parent of an exceptionally bright child will tell you that the last thing you want them to experience is boredom. Ideally, they need to learn to entertain themselves, but you can’t just leave them to their own devices and expect everything to be okay. If you don’t keep a smart kid intellectually stimulated and challenged, bad things are bound to happen.

And if your “smart kid” happens to also be a homicidal psychopath who also happens to be obsessed with getting the attention of the woman she loves by any means necessary, you’d better have a good lawyer on standby. Because someone’s going to get hurt—probably in very creative fashion.

Villanelle desperately wants to get to London and reconnect with Eve, but for now she’s stuck in Amsterdam with Konstantin, and he’s selling her unique skills to the highest bidder. This week’s client is a local husband and father who’s been spending too much time in the Red Light District with women dressed like barnyard animals, and his wife wants it to stop permanently—and very publicly. Stringing the guy up in a makeshift shop window and having a sexy pig butcher a human for once is both creative and humiliating—two concepts that Villanelle is very familiar with. For me, it doesn’t quite match the simple elegance of last week’s elevator hanging, but it’s certainly an interesting way to kill someone.

But once the job is done, Konstantin leaves Villanelle to her own devices, and that’s where he goes wrong. I’m not saying it’s his fault that she sneaks off to an underground club, takes some sort of hallucinogen, and chokes some poor girl to within an inch of her life just because the girl cuts the bathroom line and flips Villanelle off. But he’s known her long enough to know better. Besides, everybody knows you have to respect the line and wait your turn. No, it’s not grounds for murder, but still.

Of course, the real problem is that Villanelle misses Eve. And, as we well know, the feeling definitely appears to be mutual. But Eve can’t afford to focus on Villanelle either, because Carolyn’s made it very clear that Eve’s only concern should be finding the Ghost. And, at least for now, Eve’s being a good intelligence officer and doing as she’s told. Fortunately for her, it pays off, and Eve (with Kenny’s help) is able to track down the mysterious assassin who’s been quietly and systematically killing off people connected with Alister Peel.

But we know where her heart is. That last scene tells it all—both Eve and Villanelle looking into mirrors, hundreds of miles apart, and yet it’s as though they’re still making an emotional connection. We know (or at least we assume) they’ll meet again before the season’s over; they’ve been close enough to touch on multiple occasions this season already, and they won’t be kept apart forever. Their connection—however you choose to define it at this point—is just too strong.

So how is all this affecting Eve’s other relationships? As we discussed last week, her marriage appears to be on life support, and she comes perilously close to kissing Hugo after an apparently exceptional helping of fried chicken. I’ll be surprised if Niko’s still around by season’s end, and Eve won’t really have anyone to blame but herself. At this point, though, I’m not sure she really cares.

And where does the Ghost fit into all of this? I assume we’ll find out more about her motives and who’s paying her next week, but we know it has something to do with Alister Peel and his internet company, which is now being run by his shady son. Aaron Peel appears to be up to no good, but is he behind the killing of his father’s associates?