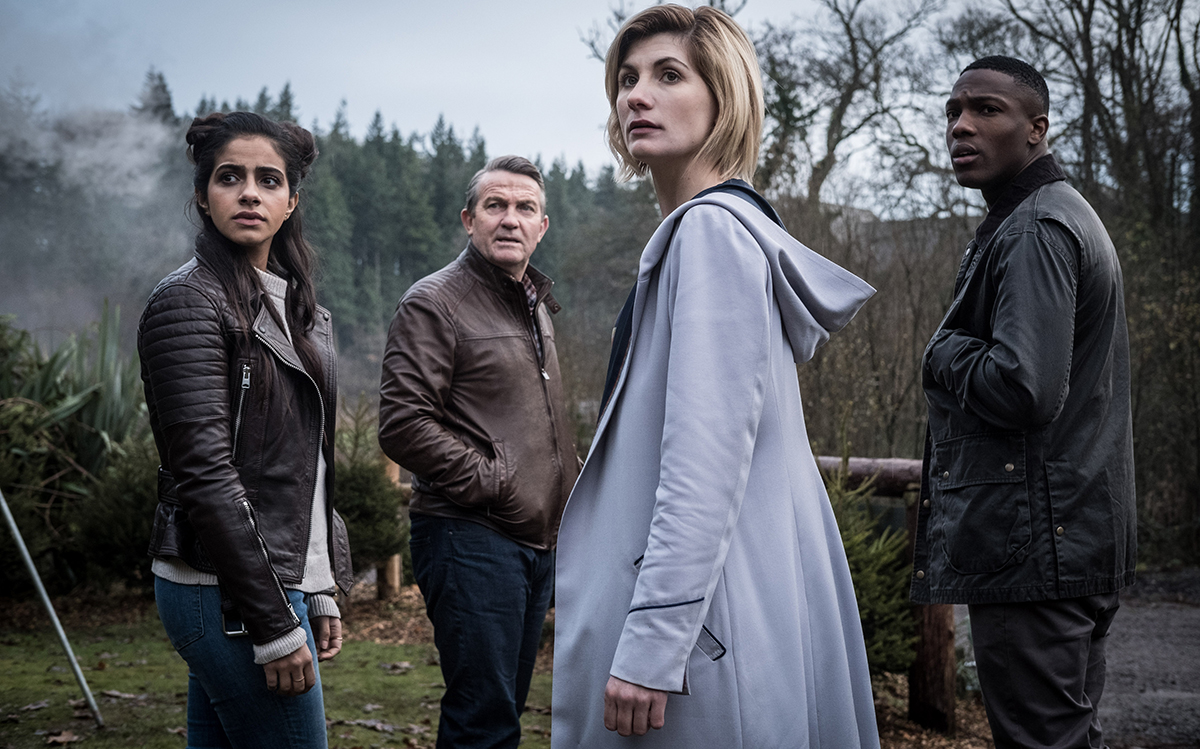 Doctor Who Season 11, Episode 1: “The Woman Who Fell to Earth”

The Doctor is back! And her return couldn’t have come at a better time.

I’m sure that when Jodie Whittaker was chosen to fly the TARDIS as the Thirteenth Doctor, and when the premiere date was chosen for the current season, new showrunner Chris Chibnall and his staff had no idea what would be happening in American politics right now. They couldn’t have foreseen that, for all of the progress women have made over the last year, a handful of powerful men (and a few powerful women, for some reason) have now essentially told victims of sexual assault that they can be “credible” but still wrong, and that a thorough investigation of their stories isn’t necessary when the accused just happens to be in line for a lifetime appointment to one of the most powerful positions in American government.

But their timing was perfect nonetheless. And while the first appearance of the Doctor in 2018 doesn’t technically change anything, it makes us all feel a little better. Maybe it’s just a TV show, but the return of the Doctor, and especially this Doctor, gives us hope–at a time when we really need it—for two reasons.

The first one is obvious. I can only imagine how powerless women, and especially victims of sexual assault, must feel right now. While I can’t speak from firsthand experience, I can recognize and acknowledge that, on any given day, it’s difficult to be a woman in modern society. And recent events have only reinforced that. So it’s refreshing to see that arguably the newest iteration of the smarter and most powerful being in the (fictional) universe is female. And now girls across the world have their own heroine that they can emulate. While I’ve loved watching many of her predecessors (especially since the 2005 revival), this is truly special.

But the second reason this is such an uplifting thing is because this isn’t just a female version of the Doctor—it’s simply because this is the Doctor. Whittaker shows us many of the Doctor’s best traits in this premiere episode, but these are things that have been consistent with the character all along:

This may sound corny, but if we all tried to be a little more like the Doctor, how much better could we make the world? We may not have time machines or sonic screwdrivers, but we all have the power to be decent human beings. We may not be able to change things on a global or national scale, but each one of us has the power to change our corner of the world. And if we all make our corners just a little bit better, large-scale change will happen as well.

The episode itself is a solid season opener, with the Doctor struggling to overcome the usual regeneration side effects while saving her new friends from Tzim-Sha (Tim Shaw?), the would-be leader of the Stenza. The Stenza apparently choose their leaders by sending them to Earth to hunt a designated human, and the would-be target (named Karl) just happens to be a construction worker who’s riding the train that the Doctor lands in after last Christmas’ TARDIS explosion. With the help of what appear to be this season’s companions (more on that in a moment), the Doctor sends Tzim-Sha back to his planet without Karl (and, presumably, without his promotion).

Of course, Doctor Who wouldn’t be the same without the Doctor’s companions, and it looks like the TARDIS (once she finds it) will have multiple human passengers this season. First, there’s Ryan, a nineteen-year-old who’s had a difficult life. He lost his mother six years ago, and his father appears to be absent. He also has dyspraxia, a condition which affects his coordination and makes something as simple as riding a bike a challenging task. On top of all that, Ryan loses his grandmother in this episode, the woman who had become the mother figure in his life and who died trying to help the Doctor save Karl. Grace will be greatly missed, and hopefully the Doctor will be able to help Ryan through his grief.

Also traveling with the Doctor will be Yazmin (Yaz) Khan, a childhood friend of Ryan’s and a new police officer. Yaz is already struggling with her current status on the police force and feels like she should be doing more. If so, she’s come to the right place. Will Yaz and Ryan end up being more than friends before the season is over?

In addition (at least for now) is Ryan’s step-grandfather, Graham. Ryan’s not too fond of Graham, so maybe their time in the TARDIS will give them a chance to bond. Graham is also grieving the loss of Grace, so they do have common ground on which to build. I should also mention that, at least for the time being, all three would-be companions are with the Doctor by accident rather than by choice as they were inadvertently teleported with the Doctor to the place where the TARDIS exploded. We’ll see which one(s) of them choose to stay as the season progresses.