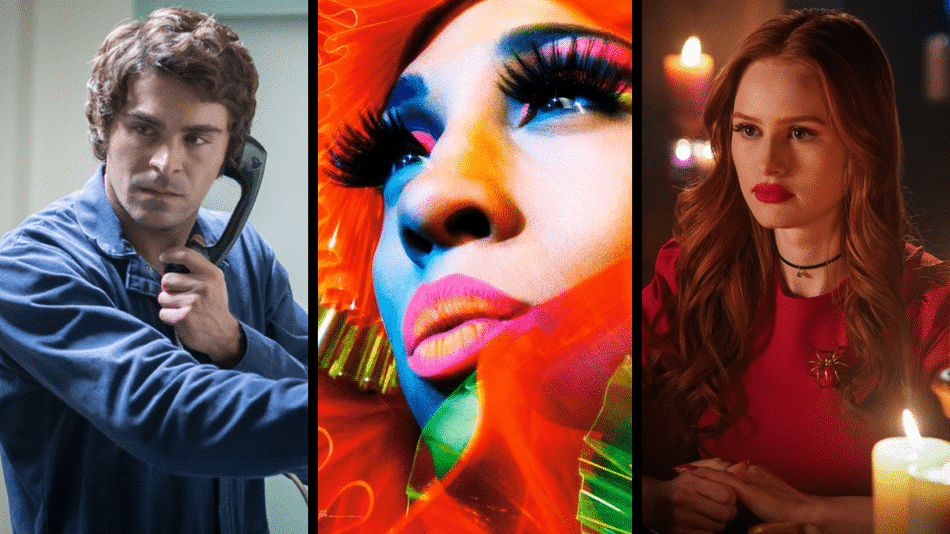 The age of the Netflix Original is in full swing for the season. May ushers in the likes of Amy Poehler and Maya Rudolph in Wine Country, which looks to be very promising. Extremely Wicked, Shockingly Evil and Vile totes recent star of Harmony Korine’s The Beach Bum, Zac Efron, who looks to be having a shockingly fun time playing Ted Bundy. Lisa Hanawalt brings Tuca and Bertie to Netflix this May as well, which sports the Bojack Horseman animation style and likely a similar sense of humor (more on that in our ‘New Arrivals’ section below).

As far as movies go, we’re getting Gremlins, The Dark Crystal, Zombieland, Just Friends and Moonlight. Only the tip of the iceberg people! For comedy specials we’re getting Wanda Sykes: Not Normal, a veritable comedy legend. And then, if you weren’t already aware, Netflix now has their own line of podcasts. I’d recommend Human Algorithm, which helps you sort through Netflix’s enormous catalog, in addition to Strong Black Lead Podcast, which features Tracy Clayton discussing historically famous black lead actors of the past, present and future.

May is about to be media’d out! Without further ado, here’s what we’re looking forward to this coming month and what we’re sad to see go. Cheers!

‘Wine Country’ drinks itself to Netflix May 10.

The cast for Wine Country speaks for itself. Poehler, Rudolph, Rachel Dratch, Ana Gasteyer, Paula Pell, the list goes on. Poehler directs this one, with screenwriting duties helmed by herself, Emily Cackowski and Emily Spivey. The movie follows a group of women reuniting for a fun weekend in wine country.

Hi-jinks are sure to ensue as soon as the drinks start flowing! With tons of cameos from other amazing actors, this female forward comedy looks to be absolutely hilarious. Hopefully going forward we’ll be getting far more female created and produced content.  Catch Wine Country on May 10.

‘Tuca and Bertie’ squawks to Netflix on May 3.

With Tiffany Haddish and Ali Wong providing the two voices for the titular characters, Tuca and Bertie is already off to a very strong start. From the creative team behind Bojack Horseman, Tuca and Bertie looks to be lighter fare in comparison to Bojack’s somewhat melodramatic and sometimes depressing dark comedy. I’d say judging from the trailer it’s going to have some Broad City vibes with some Lucas Bros Moving Company thrown in for good measure. It looks very, very trippy. Support these ladybirds and comedy titans on May 3.

‘Extremely Wicked, Shockingly Evil and Vile’ stabs into Netflix May 3.

While I enjoy Zac Efron in movies like The Disaster Artist and The Beach Bum, among his many other films, Efron’s playing of Ted Bundy’s serial killer legacy looks a little messy.  Much less The House That Jack Built and maybe a bit more Gacy, this take on Bundy looks to be a little more tongue in cheek, playing a lot to the handsome serial killer trope he (basically) invented.

Director Joe Berlinger has built quite the directing pedigree, which is reassuring. Efron seems to be having a ball playing this crazy man, grinning smugly and leering across courtrooms in ridiculous bowties and baby blue slacks. It could be really, really good and the allure of true crime figures in 2019 is undeniable. Check it out everyone’s favorite necrophiliac on May 3.

Set in New York in the 1980s, Pose exemplifies the juxtaposition of two segments of the city: the extremely wealthy oncoming Trump era yuppies, the folks who partake in the underground LGBT and POC ‘ball culture’, and the downtown literary and social scenes.  Starring the likes of Evan Peters, Billy Porter, Mj Rodriguez, Kate Mara and helmed by none other than TV production god Ryan Murphy, Pose sports beautiful visuals, excellent social commentary and plenty of seductive moments which Murphy is known for. It’s already made waves on cable television, so you’ll want to watch this epic show when it arrives to Netflix on May 10.

‘Eternal Sunshine of the Spotless Mind’ resets its memory May 1.

The concept of the movie: timeless. Imagine loving so much, so intensely and deeply and then one fateful day they decide they don’t love you anymore. Now just think: what if you could delete every single memory connected to them? Eternal Sunshine explores these ideas, with all their glitches and blips, fetishes and repressed memories, to shimmery and dreamy lengths. It is a gorgeous movie, with some excellent acting from Jim Carrey and Kate Winslet.

With directing duties covered by visual master Michel Gondry, who also co-penned the script with wildly inventive writer-director Charlie Kaufman, this movie stands in the ranks of early aughts classics. Watch it before it forgets about you on May 1.

Revel in ‘Watchmen’ glory before it disbands May 1.

While HBO’s Watchmen series still has no set release date, it might be a good idea to revisit Zack Snyder’s ambitious take on Alan Moore’s classic graphic novel. The year was 2008 and Snyder was hot off the heels of the success of 300 (which has since seen much criticism, not to mention that Frank Miller’s original material is very problematic). I remember reading in Entertainment Weekly that he chose to take on Watchmen because if someone was going to take a shot at it, and potentially mess it up, he wanted to be the one to do it. Interesting way to go into a project.

Say what you will about Snyder. Watchmen is still pretty great eleven years later, filled with great acting performances from the likes of Billy Crudup, Carla Gugino and Jackie Earle Haley. There’s a lot to see here, and plenty to talk about. Grab some friends and watch it before May 1!

Let us know what Netflix Originals you’re looking forward to in the comments! We can only cover so much in our monthly roundup and we’d love to hear your thoughts! Check out the comprehensive list below for all the titles coming and going to Netflix. Happy streaming and enjoy your spring!

No Set Release Dates, but Arriving in May: