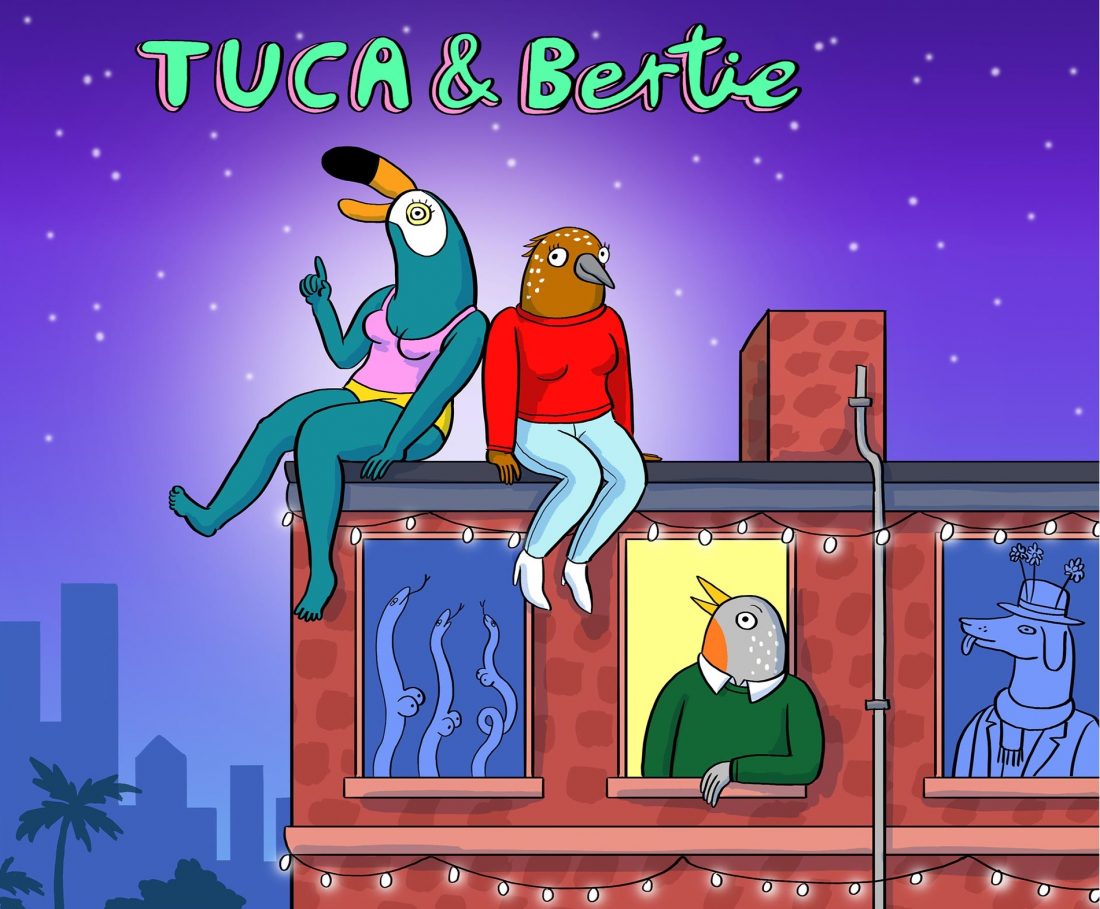 Netflix has ordered a new animated show from the people behind Bojack Horseman and we could not be more excited. Tiffany Haddish, Girls Trip breakout star, is slated to voice the main character as well as executive produce the show.

Haddish is also working with Jordan Peele on a TBS comedy starring Tracy Morgan called The Last O.G., which will premiere April 3rd. The trailer for the show was released last week and it also looks amazing.

Since we know the Bojack people are behind Tuca & Bertie, we can already deduce that it’s a comedy with a serious and dark slant. Variety gives us a little summary of the show: “The series, which has received a 10-episode order, is a comedy about the friendship between two 30-year-old bird women who live in the same apartment building: Tuca, a cocky, care-free toucan, and Bertie, an anxious, daydreaming songbird. Haddish will play Tuca in addition to executive producing.” Haddish seems like the perfect person to voice this character. There is no casting info for Bertie at the moment. Who would you like to see in this role? I personally can’t wait to find out who they choose.

Lisa Hanawalt (Bojack Horseman creator) had this to say on Twitter regarding the news:

I’m so freakin thrilled to announce this thing I’ve been working on! Tuca & Bertie, starring the incrediwonderful @TiffanyHaddish : https://t.co/mTTL4wWx9z

Also, because I know you were wondering:

This will not be the same universe as @BoJackHorseman ;)))

Season 4 of Bojack Horseman was released in September of last year. Bojack fans need not worry about this new show getting in the way of Season 5. Netflix released this little announcement that will calm your fears:

Tuca & Bertie doesn’t have a premiere date yet but we will keep you posted! If it’s anything like Bojack Horseman, we are all in for a treat.