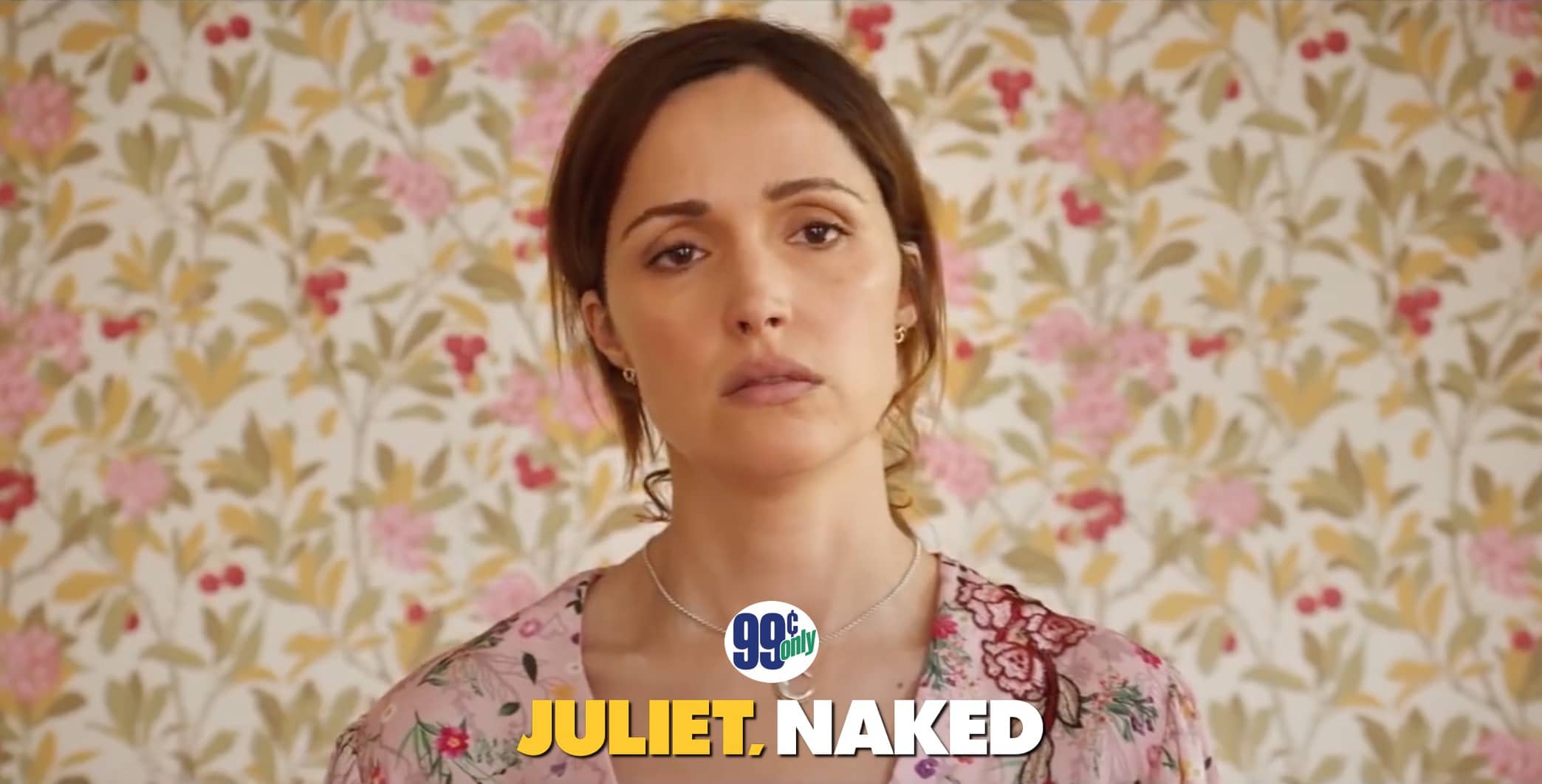 This week, an obsessive fan, his long-suffering girlfriend, and a reclusive rock star form an unlikely love triangle in Juliet, Naked.

These Days It’s a Thin Veneer, and It’s Started to Crack

Annie (Rose Byrne) is stuck working an all but thankless job in a sleepy, way off the beaten track UK beach town. Meanwhile, her longtime partner Duncan (Chris O’Dowd) divides his affections between Annie, his job as a pop-culture lecturer, and an unhealthy obsession with Tucker Crowe – a largely unheralded ’90s musician who famously disappeared from public life after releasing just a single, classic album. When Duncan and Annie finally split, Annie strikes up an unlikely, transatlantic relationship with the real Tucker Crowe (Ethan Hawke). Love and laughter, rock & roll, and high drama all have their place in the mix. So it goes with the charming as hell, character driven rom-com Juliet, Naked. 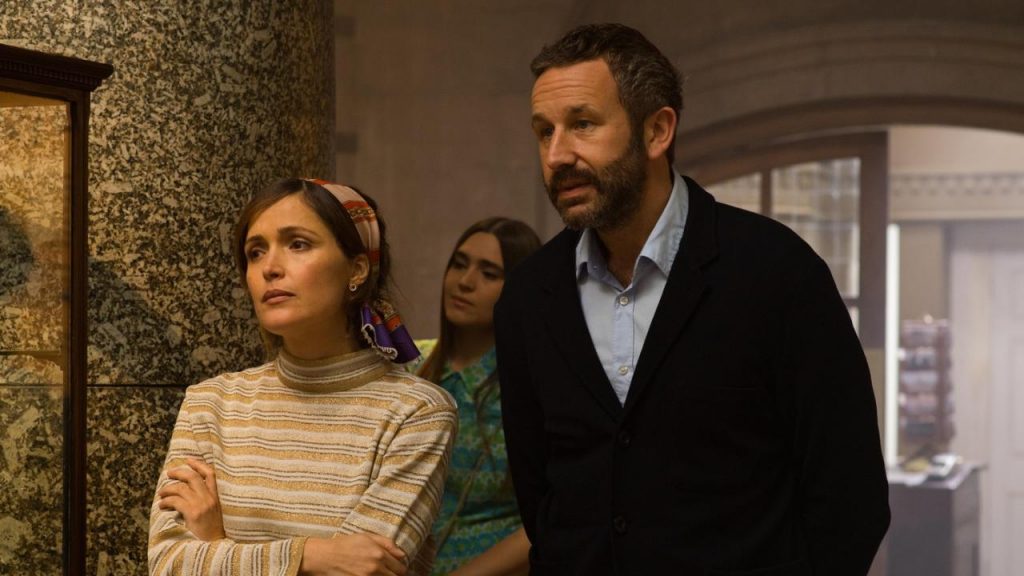 Have I Heard of You?

Ok, before I get started, I have a confession to make, and that confession is that I’m very much a closeted, die-hard admirer of the romantic comedy genre. So much so that I’ve been known to cut the genre as a whole – frustrating cliches, sappy pap, and all – more slack than most. Now that I’ve got that off my chest, I’m happy to report that Juliet, Naked, Jesse Peretz’s witty, beautifully acted, and shamelessly heartfelt new addition to the oft-maligned genre in no way requires me to offer any.

Like most films that are strong enough and authentic enough to require no slack, Juliet, Naked‘s success has a lot to do with its progeny. It’s based on a novel by that uber pop savvy scribe Nick Hornby (High Fidelity, About A Boy). It was adapted by the absurdly talented trio of Oscar Nominee Tamara Jenkins (The Savages, Private Life), Oscar Winner Jim Taylor (Election, Sideways), and Evgenia Peretz (Our Idiot Brother). Who brings us around to the film’s director (and brother of Evgenia) Jesse Peretz.

Whether you know Peretz’s name or not, you’ve almost certainly seen his work as he directed the overlooked Paul Rudd comedy Our Idiot Brother a few years back, not to mention dozens of episodes from some of the best shows on television over the past decade (Girls, New Girl, Nurse Jackie, and GLOW amongst them) since. Oh, he was also the original bass player for iconic ’90s alt-punk-folk outfit The Lemonheads.

You really couldn’t find a better group of collaborators to bring the stories of an unsatisfied woman, an intelligent-but-miserable fanboy, and a washed up rock star to life. True to form, the minds behind Juliet, Naked put their creative stamps all over the film’s narrative, and manage to deliver a quirky, insightful, surprisingly satisfying (if slightly predictable) romantic fable about second chances, last chances, and risking all in service of finding the life and love you deserve. 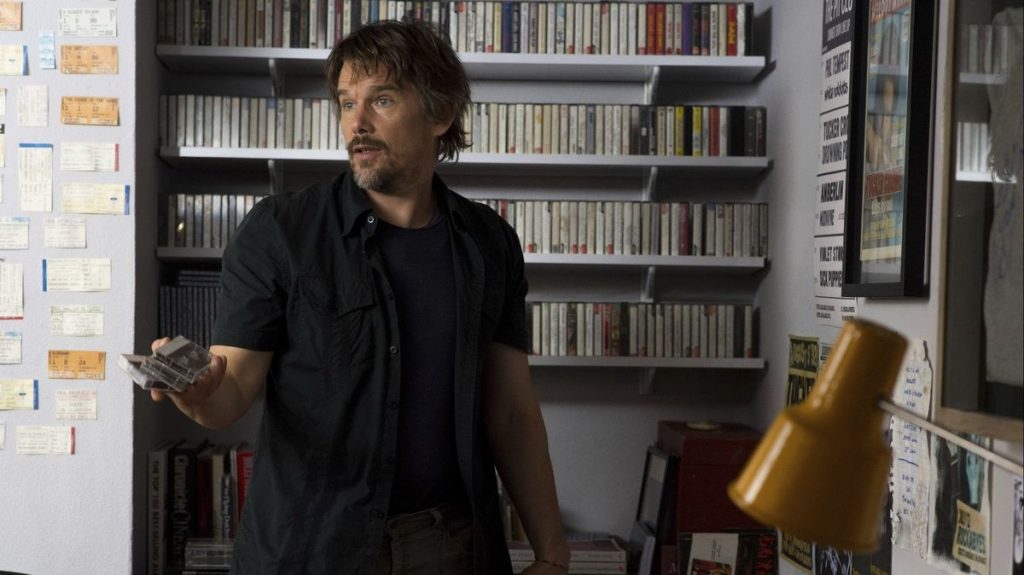 I’m fully aware of just how schmaltzy that last little bit probably sounds. And to be honest, there’s a distinct air of schmaltz woven through the very fabric of Juliet, Naked. It is a romantic comedy, after all. But Peretz & Co. subvert the schmaltz at virtually every turn, grounding their film in a real world that’s at once idyllic and cynical and silly and sobering. They’re also smart enough to let their estimable cast work their magic with a pitch perfect screenplay that allows each to play to their strengths.

Of course, when your cast features the likes of Byrne, Hawke, O’Dowd, and newcomer Ayoola Smart, it’s almost impossible for a screenplay to get in the way of the charm oozing from the screen. Byrne – an actor of rare grace too often overlooked by American audiences – in particular stands out as the would be object of affection, delivering a warm, thoughtful, and yes, funny portrayal of a woman who refuses to be an object at all. As the beating heart of Juliet, Naked, she plays a perfect foil to O’Dowd’s impeccably smarmy, self-centered pseudo intellectualist, and the scruffy swagger that Hawke brings to his fading musician, himself an artistic/intellectual burnout crippled by regret and self-loathing.

For his part, Peretz guides the action with a steady hand and a sublimely ramshackle energy, making full use of the film’s elegant settings and surrounding his key players with enough local color to give Juliet, Naked a comely, authentic feel. As one might expect, music plays a big part in the film’s overall impact. In a patently risky movie, Peretz made the choice to co-write (with Nathan Larson) a handful of Tucker Crowe original songs and having Hawke (himself an accomplished musician) perform/record the tracks himself. It’s the sort of risk that could’ve sunk the entire film, but the songs (which have a very ’90s, Jeff Buckley-ish wistfulness) are surprisingly solid, and only further cement the film’s intrinsic authenticity – which may be the nicest surprise in a film full of them. 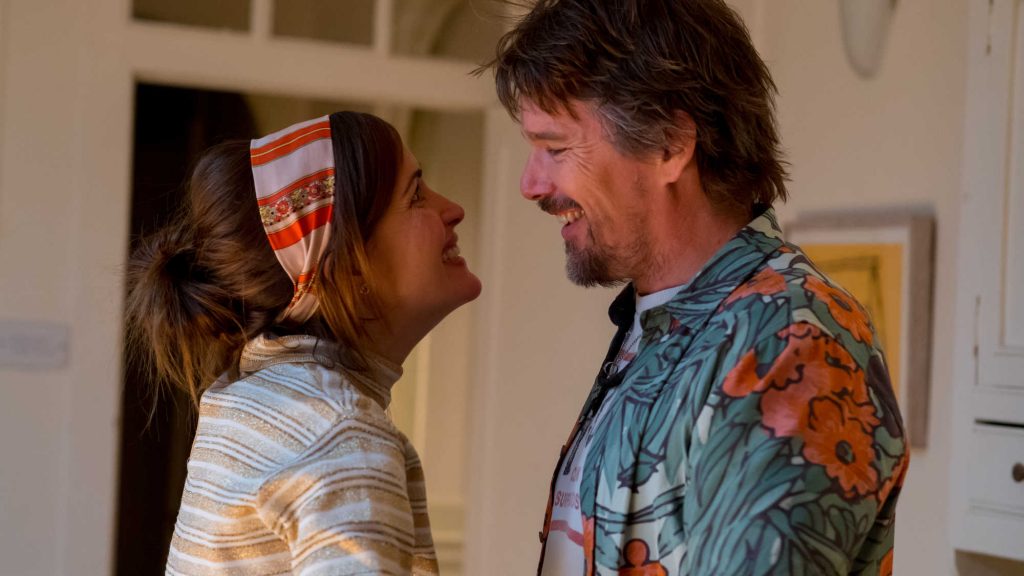 You bet. Juliet, Naked doesn’t redesign the wheel when it comes to the romantic comedy genre. It even unapologetically embraces a handful of traditional rom-com trappings in service of its own story. But it’s also sharply written, keenly observed, and full of a warmth and humanity that’s all but absent from most mainstream rom-coms. In the end, even those tried and true trappings feel fresh and new within Juliet, Naked‘s narrative. If that weren’t enough, the film also sports a damn solid soundtrack spotted with those aforementioned originals and a handful of indie gems to boot. So feel free to drop a buck this week and catch a few good vibes from one of the more satisfying rom-coms in ages.