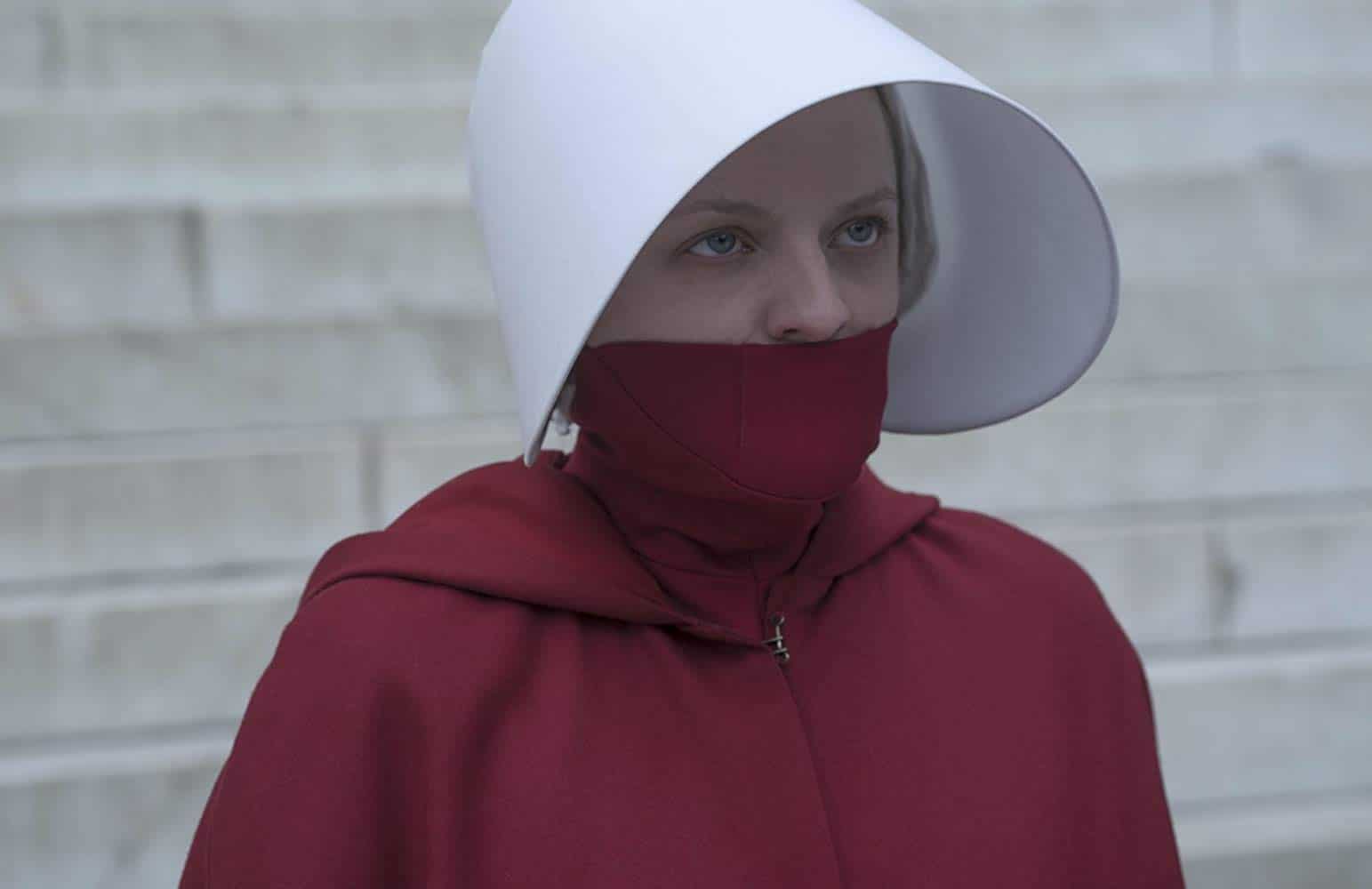 The Handmaid’s Tale isn’t exactly feel-good television. We don’t expect it to be. It’s one of the best shows on TV right now, to be sure, but it’s not always easy to watch. I’m kind of glad Hulu decided to dole these episodes out on a weekly basis rather than dropping them all at once; an hour at a time is about all I can handle.

But even in manageable doses, there are some episodes that are harder to watch than others—not because they’re badly written or poorly acted, but because they leave you with such an overwhelming sense of equal parts anger and sadness that you don’t know whether to cry your eyes out or throw things at the TV (or both). “Household” is one of those episodes.  And I know we’re only halfway through the season, and so there’s plenty time for things to turn around. But where does June go from here?

Things have always been horrible for June in Gilead, but there’s always been one person she could count on when she or her children desperately needed help. And she trusted that person so much that she took the courageous step of effectively ending her marriage and telling Luke to move on (which was the right thing to do for multiple reasons, but having Nick to rely on made it easier).

And now she steps up to the plate once again to keep her daughter safe, confident in the knowledge that Nick will do the same for his daughter. She knows she’ll have hell to pay from the Waterfords, but it’s worth it if Nick can help keep Nichole in Canada. It’s a huge win for her at a time when she desperately needs one.

But Nick can’t protect her anymore. Apparently his past military exploits on behalf of Gilead have called his trustworthiness into question, and so his value as a double agent for the Canadians is pretty low (or at least that’s what they’ve told the Swiss). Maybe there’s more to the story that we’ll find out later, but we can only assume for now that, regardless of his feelings for June and Nichole (which seem genuine), his loyalty to Gilead is (or at least was) very strong. And with him being sent to Chicago to help lead the fight against the resistance, June’s lost the person she’s relied on most, and Nichole’s no better off than she was before.

“People June trusted letting her down” seems to be the theme of the week as Serena Joy finally leaves no question as to where her loyalties are. Even after her ill-advised trip to Canada to “say goodbye” to Nichole, and even after the first of those godawful propaganda videos, I thought there might be a slight chance that Fred was behind the push to bring Nichole back and that she was just going along to keep the peace. Maybe she would do the right thing after all.

Nope. Serena makes it abundantly clear that, despite all her talk about wanting a baby to love, the only person she’s capable of loving is herself. And I’m done feeling sorry for her. Yes, her losing a finger for having the audacity to read was tragic. And no one deserves to be literally beaten by their dim-witted husband for doing his job better than he could. So, yes—like all women in Gilead, she’s been treated like a second-class citizen. And there’s no excuse for that.

But, in case we’ve forgotten, we’re reminded that, not only did Serena choose this life, she actively campaigned for it. Her writings (back when women were allowed to write) form the basis of much of the patriarchal policy that she herself has suffered from. Not only that, but she’s openly condoned, and even participated in, the systematic rape of hundreds of women. And now that she’s been presented with a real opportunity to undo some of the damage she’s both inflicted and endured, she turns it down in favor of maintaining the status quo.

And all for what—the chance to call herself a mother and raise a child that isn’t hers and that she has no moral right to claim as her own? And she can’t seem to understand that forcing a child to grow up in a totalitarian society where she’ll be treated as less than equal is the opposite of love? June’s right, Serena—you’re small, and cruel, and empty. And you can’t love. You don’t know how.

And all of this takes place in what used to be our nation’s capital. A place where monuments to two of our greatest presidents have been destroyed—one in the literal sense, and the other by adding a crossbeam that transforms it from a symbol of liberty to a symbol of religious persecution and death. A place where handmaids are literally and gruesomely silenced. A place where the “all men” language of the Declaration of Independence is taken quite literally. Gilead is still the land of the free—but only if you have a penis. And aren’t afraid to use it.