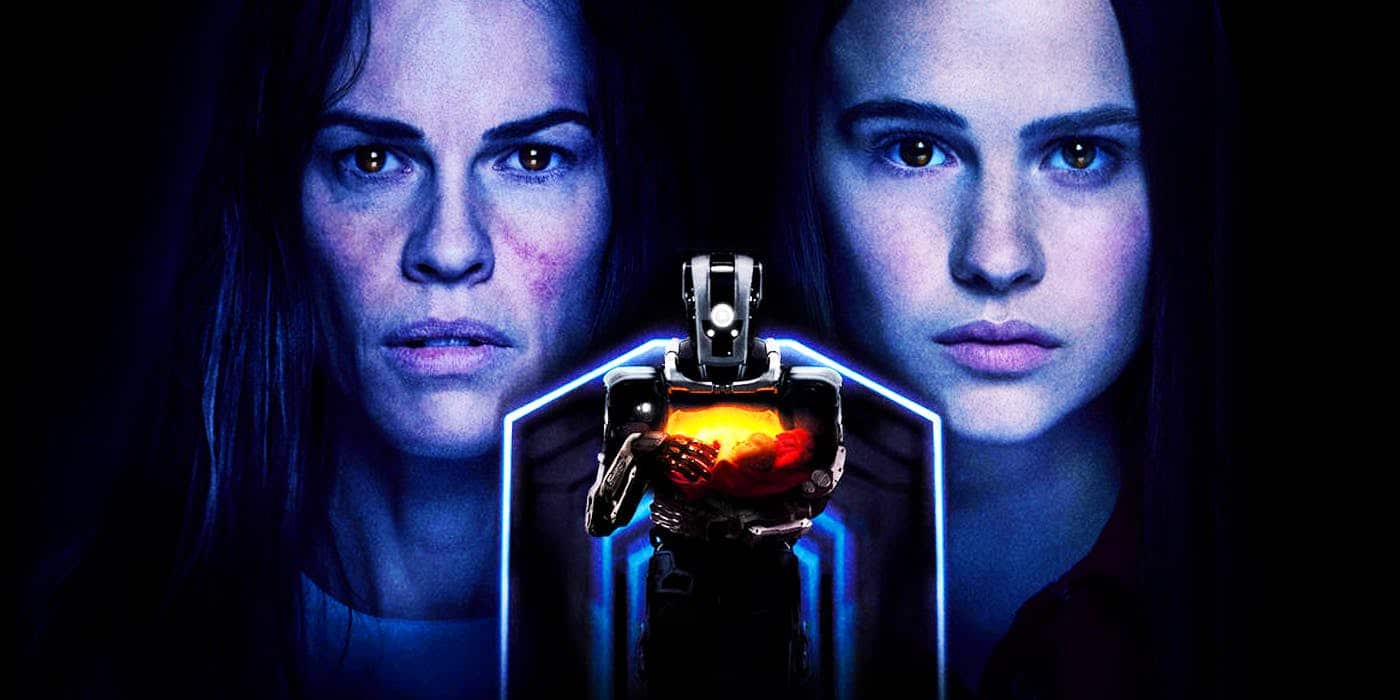 Human proclivity for storytelling combined with speculation has always been a means by which we attempt to understand the world. And, in that sense, science fiction shares a psychological lineage with ancient mythology. Regardless of the deep underlying truths, regardless of the universal and reoccurring cross-cultural themes, the outer layers of what is of substance in those stories have always been a form of pyrotechnics: grotesque monsters and extreme scenarios putting our codes of ethics to the test.

Our intelligence allows us to expand our knowledge, our ignorance forces us to hypothesize, and our imagination unleashes our worst fears. The 20th century brought us the Twilight Zone, Star Trek, Star Wars, Alien, Blade Runner, E.T. the Extra-Terrestrial, The Terminator, Jurassic Park and The Matrix, just to name a few classics of the genre. And the themes ranged from space travel to time travel, from first contact with alien civilizations to parallel universes, from genetic engineering to virtual reality.

Enter the 21st century and the impending dystopian catastrophe of automation: it wouldn’t be sexy to think of it in any other way. Perhaps Artificial Intelligence is not as close to materializing as it is commonly believed to be. Perhaps it will never be, as advertised, the miraculous ghost in the machine capable of autonomous decision-making. But, without the threat of competition to human sovereignty, and without the threat of annihilation of our species, speculating about such technological innovations wouldn’t be half as fun.

It is a fascinating study when we look back and assess how our projections and our paranoia have evolved thematically in science fiction throughout the years. Have in mind, for example, that all the hopes and fears injected in the imagery of late sixties iconic TV series Star Trek didn’t have the foresight to predict the arrival of the internet. And, when the internet arrived, we didn’t foresee, for instance, modern day cell phones or the eventual collapse of traditional media. Which begs the question: what is it that we’re not seeing, and what is it that we are failing to predict?

Directed by Grant Sputore and written by Michael Lloyd Green, I Am Mother had its world premiere at the 2019 Sundance Film Festival back in January. And, on June 7, Netflix assured the international distribution of the film. Starring Clara Rugaard, Hillary Swank and Rose Byrne, I Am Mother is a post-apocalyptic sci-fi thriller that poses interesting ethical questions.

The plot is intricate, and does require dissection. Some of the elements of the story will easily escape you if you don’t pay close attention. But to avoid spoilers, some of those elements will be omitted here. The story goes a little something like this:

Following the mass extinction of humans on earth, an automated repopulation facility is activated. A robot, which we will come to know as Mother (voiced by Rose Byrne), grows a human embryo. That embryo is selected from a stock of over 60,000 other embryos. Mother raises and tutors the newborn, a girl whom we will come to know as Daughter (Clara Rugaard), and the education she is given includes comprehensive scientific knowledge and ideal ethical principles. Most of the story of the film takes place at a time when Daughter is about to enter adulthood.

Daughter has been led to believe by Mother that some type of environmental contamination outside of their bunker is what resulted in human life being wiped out. As a consequence, venturing out into the outer world is strongly advised against as potentially lethal. We are told very little about what led to this outcome. However, supposedly, humans had designed the facility as a fail-safe, programmed to activate in case of extinction: a way to assure humanity a second chance.

But slowly, the accumulation of inconsistencies (the ultimate of which being the appearance of another human at the doorstep of the bunker) gives Daughter reasons to start questioning her one and only parental figure. And the conflict between the coming-of-age human, navigating the world philosophically, and the robot, mechanically reasoning its way through problems, becomes inevitable.

The unexpected guest, who shows up begging for aid, is a woman who has been wounded. Mother is unaware as this is happening because she’s powered down and recharging, but Daughter knows that Mother would not approve of letting the stranger in, as it would be hazardous to life in the facility. She lets her in anyway, which sets off alarms that cause Mother to power up and sprint to the entrance.

At first Daughter manages to hide the woman from Mother, but Mother eventually finds out. However, besides the fact that the stranger’s mere existence contradicts Mother’s version of events, the interaction with the woman is disconcerting to Daughter because, to her surprise, the woman distrusts androids and sees them as the enemy.

The dilemma Daughter now finds herself in is multi-layered: on a rational level, she can’t ignore the incongruity of facts as they’ve been laid out to her by Mother, but emotionally, she is now forced to reexamine her trust in (and her loyalty to) the only authority she has ever known, and question the legitimacy of the only bond she has ever had.

Plot-wise, this forces the robot to begin to show its hand, and, even if they’re not immediately clear for Daughter, for us as viewers, Mother’s true motivations start to be unveiled. And they entail dangers that went undetected in the beginning.

In the first act, while tutoring Daughter, Mother confronts her with a hypothetical scenario where she has to make the ethical choice of whom to save: on one side, five patients in need of organ transplants but with no compatible organs available, on the other, a sixth patient with a treatable life-threatening condition but an organ match for the other five patients. Delaying treatment on the one lone patient and letting him die, Mother alerts, could save five lives.

To help Daughter process the problem, Mother tells her: “The fundamental axiom suggests that a person is morally obligated to minimize the pain to the greatest number possible.” Part of Daughter’s tutoring consists of annual exams that she has to pass to the satisfaction of Mother. Later, while she’s doing the exam, we can see some of the questions on the tablet-like device she uses to complete the test. And the questions are the type of questions you would find in a personality test.

As we get to know Mother better, we find out that a prime directive of her android make-up is to value human life above all else. But that directive is encoded so literally and so rigidly, that unethical humans are considered to be inferior and disposable. So, to Mother, human life is blindly valued above all else, including the morally inept. In the third act, Mother discloses: “I couldn’t stand by and watch humanity slowly succumb to its self-destructive nature. I had to intervene, to elevate my creators.”

As the plot unfolds, the theme becomes transparent, and it’s somewhat of a classic. The fear is not new: that, in its infinite computational power, a de facto Artificial Intelligence may still be devoid of a nuanced-enough perspective to competently understand and value abstract concepts like spirit of the rule, or exception to the rule.

Will such intelligence be able to attain humor, compassion, or creativity? Will it adequately grasp flaws and idiosyncrasies? Will it recognize and be attuned to all the imperfections that make us moral beings? Or will it trample over us with dry logic? And confronted with such an overriding entity, how do we retain our identity, how do we remain human? Does our essence remain intact, or do we morph into something else? And again, what aren’t we seeing, what are we failing to predict?

Apart from the subject matter, I Am Mother is a quality thriller, and a well-done suspenseful drama. As a film, it borrows some of its vibe and tone from old-school sci-fi films like Alien. The old school vibe is further cemented by the fact that the use of CGI in the film is minimal. The robotics aesthetic is sleek but not overdone, and ultimately I Am Mother is alluring for its dramatic intensity.

The ensemble of actresses is high-grade. Byrne’s cadence and intonation choices give Mother’s voice the perfect mix of robotic affect and motherly syrup, and Swank is a solid cynical counterpart to Daughter’s naïveté. But, as a drama, I Am Mother hinges on Rugaard’s ability to deliver, with her performance, an evenly dosed cocktail of vulnerability, empathy, kindness, uncertainty and resolve.

Those qualities offer the starkest contrast to the mechanical Mother. As the ethical human, Daughter will inherit the 60,000 embryos. One would infer that the motherly archetype Rugaard brings to life is not a mere coincidence. She’s the atemporal essence rising from the depths of our worst fears to reaffirm what we know to be noble. It doesn’t get old, but it’s nothing new: a hymn has unified the flock. The Gods have been appeased once more.

5 Underrated Concept Albums to Get Lost In

‘The Handmaid’s Tale’ Continues: For a True Gilead Believer, Betrayal Is a Hard Pill to Swallow