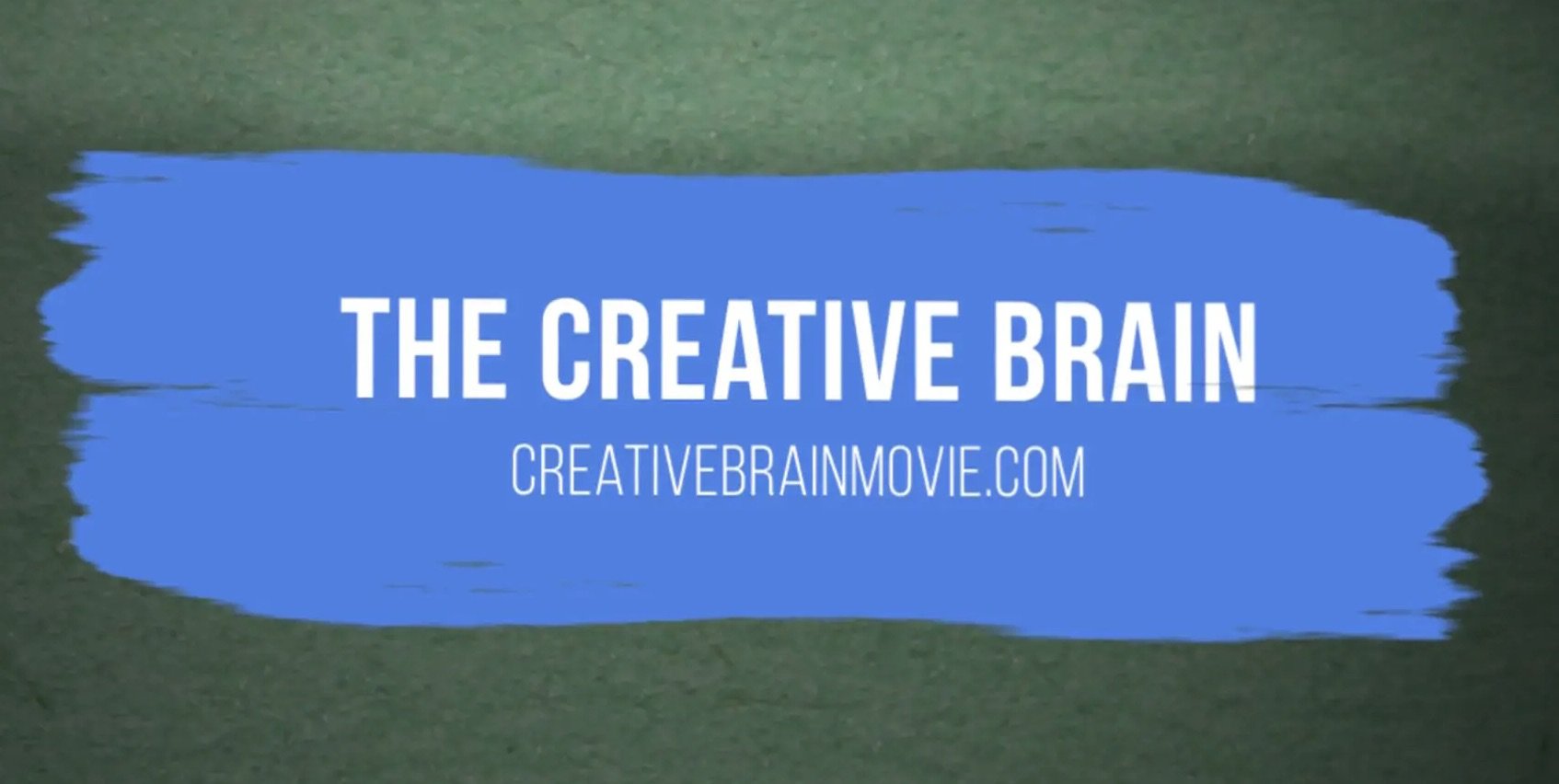 Based on the book The Runaway Species: How Human Creativity Remakes The World, authored by composer Anthony Brandt and neuroscientist David Eagleman, The Creative Brain is a 2018 documentary that Netflix made available for streaming on April 16. Eagleman is a New York Times bestselling author who wrote and hosted the documentary series The Brain with David Eagleman, which aired on PBS in 2015.

Eagleman returns as writer and presenter in this documentary about human creativity, slickly journeying us through an understanding of creativity and its importance in our lives, both as individuals and as a species, broadening the concept of creativity to include endeavors that go beyond artistic expression. At the outset, Eagleman puts things in terms that make you realize the enormity of this attribute, by describing creativity as the engine that propelled humanity “from cave dweller to space explorer.”

The documentary illustrates this masterfully when we see Eagleman walking in a forest while narrating in voice-over: “If you visited this forest a million years ago, it would be essentially the same. The animals here haven’t really changed their ways (…) they are living the same lives they always have. But, in the comparative blink of an eye, humans have transformed our world, and the engine driving all of this is human creativity.”

Eagleman then goes on to explain why and how our species is wired to innovate, and how, as a species, we benefit from a brain that evolved structurally in a way that expanded the brain regions between sensory input and motor output. That real estate, which is absent in other animals, gave us the ability to refrain from automatic and reflexive responses to inputs. Instead, we are capable of disengaging from our instincts and our present conditions, and consider possibilities, as we submit inputs to projections and hypothetical scenarios based on information stored.

That trait is at the root of our capacity for symbolism and abstraction: we transform through association, and associate through transformation. Our brains are natural and perpetual what if devices, at all times navigating the tension between known and unknown. They naturally suppress repetition and seek novelty, but the novelty cannot come at the expense of grounding familiarity. In other words, human innovation is rooted in an exploitable archive of experience. It is never a radical disruption of human knowledge.

The Creative Brain then asks the question: “So, given that we are all wired for creativity, what are our brains actually doing when we engage with the creative process?” Eagleman proposes that creativity emerges from the interplay of sensory input “mixing with memories, thoughts, emotions, new and old. So every experience you have is raw material for your brain to create with.” And the fashioning of all these inputs into new ideas is something that is achieved by a process that he describes as “bending, breaking and blending,” a “refashioning of what already exists.”

Interviewed in the documentary, renowned Danish architect Bjarke Ingels puts it this way: “It’s often in the combination of seemingly mutually exclusive ideas that, if you find a way to combine them, you actually get a third entity that combines aspects of both into something that doesn’t seem composite, but actually is the synergy of the two”

Eagleman then brings on Grammy Award winning jazz musician Robert Glasper to talk about how Jazz, perhaps the most vibrant and elastic of musical genres, is an example of this idea of blending, breaking and blending. In Glasper’s words, “Jazz is a mutt, it’s a music made of a bunch of other music.” He goes on to explain how the tradition of jazz is that it always changes, but that it always reflects the time by being promiscuous with the musical landscape of the day, thus redefining its borders.

This idea of an ongoing reconfiguration of existing concepts is used by Eagleman to negate a widespread myth regarding creativity: that being original is the ability to generate something out of thin air. Pulitzer Prize winning novelist Michael Chabon is adamant: there is no such thing as true originality. For him, “It’s in the play with convention that originality arises, it’s not in the rejection of convention.”

But in spite of this, Eagleman stresses that what individuals create is unique because their life experiences are unique. So creativity at its core, he offers, is about getting out into the world, absorbing it and rethinking it, more so than waiting for inspiration to strike. And not only is creativity more than just artistic, not only is it something inherent to every human being, it is also something vital and even therapeutic.

Here, after tackling the themes of problem solving and artistic expression, The Creative Brain then takes a turn to address the spiritual healing aspect of creativity. We learn about Ehren Tool, a veteran of the Gulf War who turned to pottery to cope with the horrors he witnessed as a Marine, by creating ceramics that address war and death.

Then we learn about a program in Lafayette Correctional Center, in Louisiana, run by writer Zachary Lazar, where inmates’ creative writing skills are nurtured. Lazar talks about how the narratives of crime and punishment reduce people to the worst thing they’ve done, but that creative expression arms inmates with a renewed sense of self-appreciation. One female inmate says of the program: “Because of this experience in my life, I was able to be reborn inside, and I am somebody that I never knew I could be now.

Actor Tim Robbins runs acting workshops with prisoners in California, and says: “We witness on a regular basis the transformation of human beings by their involvement in the creative process. In fact, Eagleman adds, prisoners who take part in creativity-based programs are up to 80 percent less likely to reoffend. According to Robbins, creativity is essential to our happiness, and he wonders: “How many people know that maybe what that empty feeling they have or the depression they’re going through, maybe has something to do with a lack of creative sparks?”

But given creativity’s power to improve our lives, Eagleman asks, how then can we harness it, and become more creative? In three ways, he says: the first is by trying something new and stepping out of our comfort zone. Our brains naturally default to the neural pathways that represent what we’ve done before, but creativity emerges when we get off the path of least resistance, and welcome the frustration and confusion that comes with learning a new skill.

Secondly, because our brains also crave novelty, and because creativity’s sweet spot requires a harmony between the familiar and the new, we have to push boundaries and explore the range of possibilities to figure out the limits of what works, and that means taking risks.

And lastly, Eagleman says, because taking risks comes with the unpleasant possibility of failure, we need to not be afraid to fail. Most great ideas are born of trial and error. As an example of this, Game of Thrones co-creator D. B. Weiss confesses to have failed consistently for many years after graduating college, until he succeeded with that show.

To conclude, Eagleman poses the question: “So, given creativity’s importance and our ability to cultivate it, shouldn’t we all be taught to embrace it from the beginning?” Then he tells us about an elementary school in Vermont, which a decade ago had been on the verge of being shutdown. The school had the lowest test scores in the state. As an act of desperation to try to save the school, the decision was made to put creativity and the arts at the heart of every subject.

That fostering of the kids’ creative mindset paid amazing dividends: improvements in test scores were substantial in every area, more than doubling their performance results in math. The school now has a wait list of 80 kids trying to get in.

With testimony from a versatile group of creative minds (beyond the aforementioned ones, there’s also a scientist, an inventor, an animator, and three other musicians), The Creative Brain is a fascinating, very educational and not very long (52 minutes) documentary. It is in many ways a love letter to our species and what we’ve accomplished. It has a universal appeal, but especially if you’re the creative type, it will encourage you to bend, break and blend.