The Best Horror Comic You’ve Yet to Read 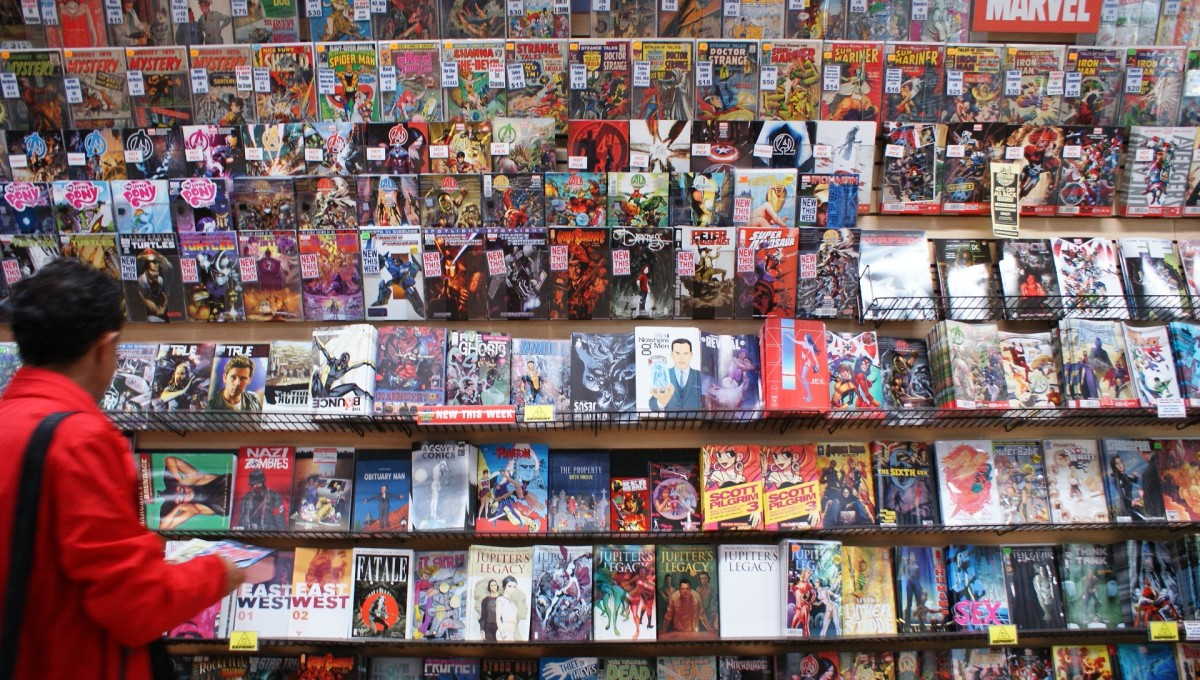 While the comic books were actually rather few and far between at this year’s Wizard World Comic Con in Austin, I did find one that I absolutely fell in love with. I always enjoy a bit of wit and Kevin M. Glover, the writer and publisher of Fractured Scary Tales, brings a good bit of it to the table.

When Kevin told me it has been described as a cross between Robot Chicken and Tales from the Crypt, I knew I had to check it out. When I saw titles like, “Planet of the Were-Apes” and “The Maltese Frankenstein” in the inaugural issue, “Ghouligan’s Island” in another, and “Smokey and the Banshee” in the latest edition, I knew I was going to get a couple of issues.

Kevin was a real pleasure to meet and his Scary Tales Publishing line has several other comics that may interest you, such as:

However, it was the Fractured Scary Tales that I couldn’t leave without.

The vision of Clint Eastwood yelling, “Chow’s in the Vault!!!” While running from zombies in “The Good, The Bad, and The Undead” is almost worth the price of admission alone. However, my Star Wars geekness was enticed in issue 6 with “The Vampires Strike Back” and “Revenge of the Yeti,” while “Ain’t It” and “Jurassic Parks and Recreation” made me laugh at just the titles alone. 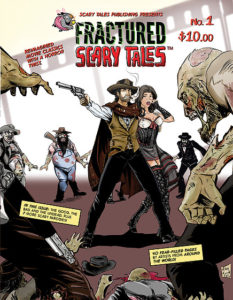 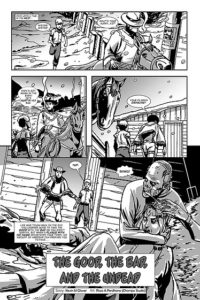 The artwork itself is classic, old school black and white horror. Just like we like ‘em. The covers are double-sided on each issue and in full color, and Kevin is working with some great artists to give them that old horror comic feel.

These “reimagined movie and TV classics with a horror twist” are hysterical, packed with multiple parodies, come in a 40 page mag, and are definitely a new twist on some classics that we all know and love. Kevin’s sense of humor definitely isn’t limited to just some witty titles… you’ll definitely get some laughs out of these books.

Head over to Kevin’s website and grab a copy or check out some of the other available titles. If you happen to catch him at a local convention, tell him where you heard about it and be sure to get him to sign your copies.

Ready to Get in the Christmas Spirit?

‘Evil’ is Among Us