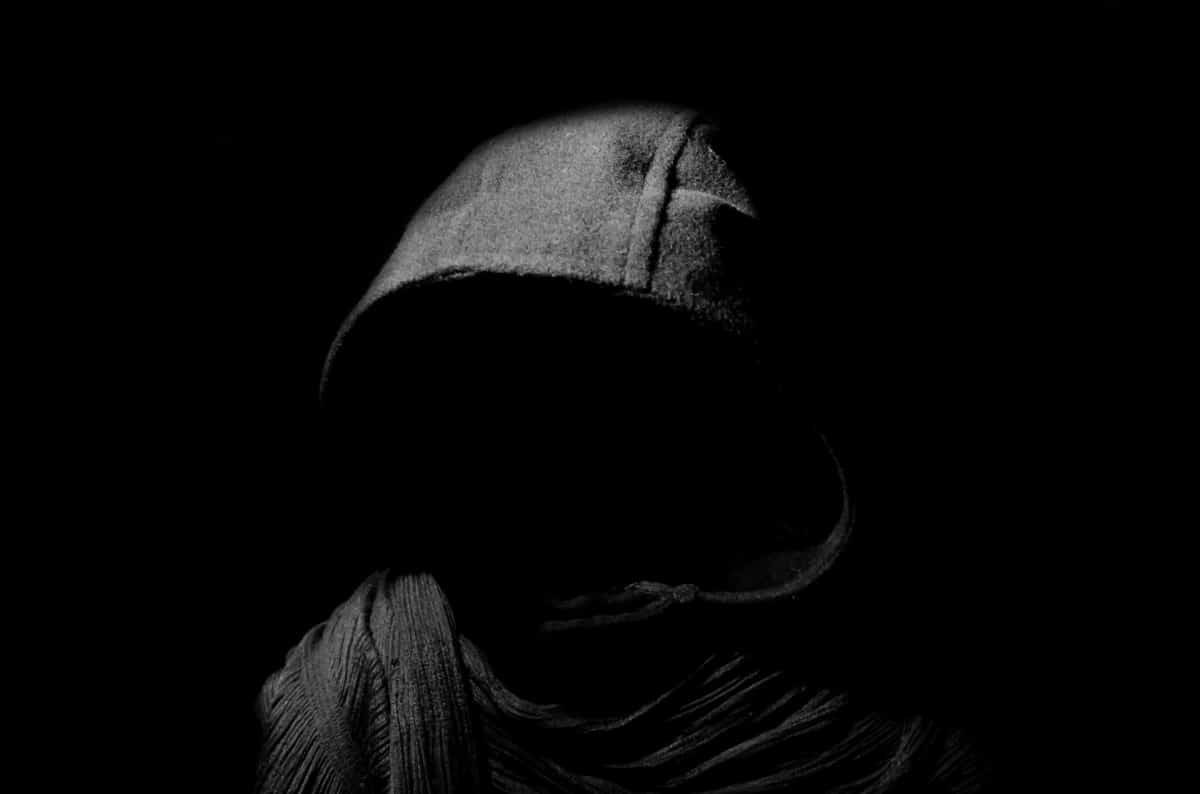 While at Wizard World Austin this past weekend, I happened upon an unexpected treat. The local CBS affiliate, KEYE, held a screening for an episode of the new series Evil, and of course with a name like that, I just had to check it out.

When we settled into the room and heard we’d be watching the latest episode as opposed to the pilot, I was a little apprehensive. Even though the CBS rep said it wasn’t necessary to watch the episodes in order and she gave us a little background on the three main characters, my expectations were low.

This trepidation was only reinforced with the fact that the screening was listed as having a “lot of CBS merchandise to give away” which turned out to be a small cup, a button, and a little carry bag with a few different shows advertised on it. A “trivia contest” awarded 5 visitors some more cheap looking merchandise from SEAL Team and a couple other series, so the pre-show was a little underwhelming.

My buddy David asked me how long we’d give it before we walked out and I replied, “by the looks of this stuff, about 10-minutes tops.”

The lights dimmed, the show started, and it wasn’t long before my opinion started to change. 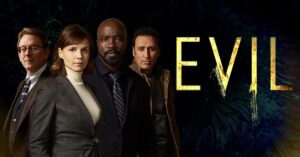 The Stars of the Show

Being a self-admitted Geek, the cast immediately caught my attention:

Okay… the cast is interesting.

Executive Producers are Michelle and Robert King (The Good Fight, The Good Wife)

The premise is sort of an amalgamation of The X-Files, The Exorcist, and something like Criminal Minds.

David Acosta works for the Catholic Church and is tasked with working through a backlog of reports of possession, miracles, and other events of interest to the Church. He’s a true believer in the evils of the world and appears to have what may turn out to be an interesting backstory but he needs to find out if certain people are truly evil, or they’re just downright psychotic.

The skeptic and scientific-minded clinical psychologist Kristen is onboard for the paycheck and to help eliminate mental issues as the cause of the “paranormal” events. The believer and the skeptic… remind you of anything?

Ben, the contractor, was an early favorite of mine when he laid out a quick-witted and timely line in the episode we were presented with.

The team was interviewing a woman claiming that God speaks to her and when she says they can ask any question, Ben immediately blurts out, “Was Jefferey Epstein a suicide?”

A good laugh coursed through the crowd and when the medium/psychic answered with “no,” revealed he was suffocated with a pillow and that he was killed because he had information that threatened several powerful men, I have to say that I was intrigued.

The team behind the show isn’t afraid to take on controversy.

That’s always a plus in my book.

When she appears to accurately predict a couple of events and has knowledge of a Codex that nobody outside of the Church has access to, it looks like God may well be talking to this woman.

But of course, our team wants to be certain and the Church seems to think she is either a true prophet or a false-profit. And they’re praying that it’s the latter.

I’ll leave the rest of that plot point alone so you can see it unfold for yourself, but a side-story was hella interesting, and it’s not just because it’s Michael Emerson. It’s just mostly because it’s him.

As soon as you see Lionel in this episode, even though he is just at a club with Sheryl (Kristen’s mom), you can feel that there is something up with him. When Sheryl decides to have a family dinner at home so the family can meet him, Kristen and Lionel come face-to-face and we’re left in the dark as it is very evident that there is a contentious backstory for these two.

I’ll stop here by saying that Lionel leaves bloody and in a hurry to the hospital for stitches. However, at the end of the episode there is one of the “hottest” sex scenes to ever grace prime time TV and we are left with even more questions as to his true identity.

I also can’t forget about George.

The night-terror-inducing entity that appears to be plaguing Kristen’s dreams. She appears stronger against him at this point in the series, but we’re definitely lead to believe that there is a lot more to this dude.

The episode ends in a cliffhanger and though we’d jumped in with the story fairly well along the way, I didn’t really feel lost at any point. The missing history between Kristen and Lionel was more intriguing than frustrating and though I think KEYE would have been better served to show the Pilot, when it comes down to it, they accomplished their mission with at least one audience member.

My curiosity was piqued and I wanted more.

On Sunday afternoon, with the holiday on Monday, my wife and I sat down to watch something and I pulled up Hulu and CBS to see if Evil was available. I didn’t tell her anything about it, I just started the pilot and by the time the opening title card was shown, she said “Okay, I’m digging this.”

The mix of psychology, science, religion, and the paranormal is something that’s definitely up both of our proverbial alleys.

We watched all 6 available episodes.

Each one left us wanting more.

Mike Colter is great. I was pissed as hell when Luke Cage was cancelled and it’s fantastic to see him transition into something else promising. As David, he brings a hallucinogenic using priest to life with a style that makes you want to know more.

Katja Herbers and Aasif Mandvi round out the ensemble perfectly and while each character has a lot more to reveal, especially Lionel, it’s Ben (Mandvi) that has emerged as my personal favorite so far. He seems to have witnessed some strange shit in his life but still tries to disprove each and every incident…. until one video perplexes him deeply.

Lionel definitely seems like he is going to be a force to be reckoned with and of course, Emerson nails the performance.

The incidents with Kristen’s four daughters, who couldn’t be more cute if they tried, is creepy and cringe-worthy and definitely makes you wonder what’s coming next for them. Especially since Lionel keeps making little remarks about the girls.

So… if you like supernatural-related shows, I really think you’ll really enjoy Evil. Though there are plot points that appear unresolved or left hanging at the end of certain episodes, I have a feeling that it’s on purpose.

Did the girls really mess up by not saying Goodbye on the board?

Is their Dad okay or not?

Is Lionel truly visiting and harassing David, or is something deeper going on with the priest-trainee?

Who the ever-loving hell was Joe and will we hear from him again?

Check out the trailer below and then watch Evil, Thursday nights on CBS, and let’s find out together.