Technology in the 21st Century

A Review of Technological Advancements since the Turn of the Century

Personally, I’m surprised at the sheer amount of technological advancements in just the past few years.  I would say that there have been some serious innovations, not just improvements in the past twelve years.  So what areas have been the most innovative?

Now, to take a comprehensive look through each field would require a few weeks of comprehensive study, but for the quite overview I’ve made some criteria for innovations to meet.

So let’s dig in to see an overview of these areas of innovation! 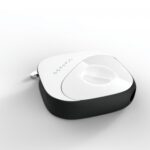 Medical technological advancements have begun to extend the human life and decrease diseases that have been unstoppable until this century like Rinderpest, Dracunculiasis and Polio, just to name a few. Though I’m not an expert in the field, and I don’t know the in’s and out’s of technological advances, I can easily apply my knowledge of tech, and mesh it with medical advances.

Developments of artificial hearts and other organs allow for increasing human life for many who would otherwise have not survived similar conditions.  Eyesight can be improved through laser surgery.  Robotic arms and legs can help those who have lost limbs continue to live normally.  It’s astounding and all is a result of technological advances.

Wireless technology is pivotal above all other advancements, as it has established man’s ability to access information wherever he might be. This technology continues to expand through developments like LTE, Bluetooth 4.0, NFC or IEEE 802.1n to name just a few. Though these are based in part on older technologies, their use and expansion have made them a 21st Century phenomenon, and they continue to expand man’s reach and inter-connectivity. A person is no longer tethered to one place, but can access information at all times through a device carried in his pocket that connects to the internet. This directly connects to advancements in the World Wide Web and Digital Mediums.

World Wide Web (aka the Internet) capabilities have developed into almost a necessity for everyone in 1st world nations, even reaching to the 3rd World. With the growth of social media, micro marketing and digital mediums in what is now referred to as Web 2.0, the Internet has become irremovable in today’s homes and economy. The growth potential in the medium makes the internet almost limitless in scale because there are so few limits to its growth.

Digital Tech, one of the quieter tech advancements has revolutionized how man interacts with information. Before digital information man was limited to accessing information by going to locations and reading books. If it wasn’t there, he couldn’t get it. Now with formats like ePUB, HTML 5 and others, he can now access information from multiple sources, and is not limited by restrictions of location. These increasingly common digital formats breakthrough outdated modes of containing information, and have drastically increased the spread of education, technology, news, and general information.

Energy use has been changed from the 20th century. Where nuclear power was the energy advancement of the 20th Century, now technology has allowed the ability to harness the power of the sun, wind and water; as well as other simple natural elements. While this technology was theoretically possible before, now it is a reality. Over the next years technological advancements in this nearly untapped resource will grow exponentially allowing easier access to this energy. 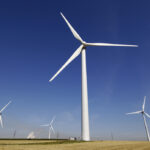 So I willingly concede that this is not a comprehensive list of technological improvements, and that there are things that I have missed most likely.  But it’s an awesome review of things that have changed in my view over the past twelve years.

Let me know what you think the best tech changes have been since 2000!