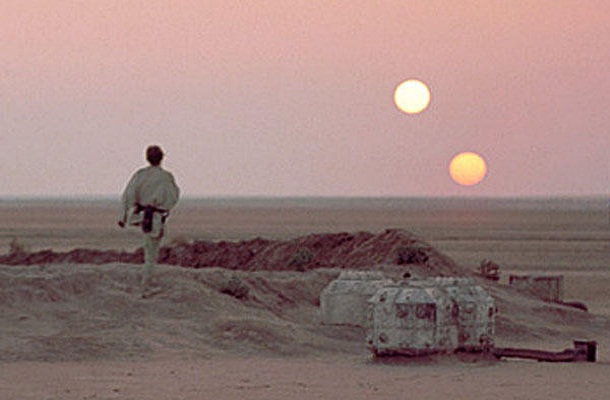 Star Wars fans will be pleased to hear that the fictional planet of Tatooine, notable for having two suns, is more real that they may have thought; thanks to a discovery made by a group of astronomers working in France. The discovery in question comes in the form of the first direct picture of a large planet orbiting two stars, as reported by New Scientist. But with every good scientific discovery comes a batch of new questions to be answered, and this one is no different.

The picture was taken in November 2012 by Philippe Delorme of the Joseph Fourier University in Grenoble, France, and his colleges; via the Very Large Telescope at the European Southern Observatory on the Cerro Paranal mountain in Chile. The team had hoped that information gained from studies of the planet, named 2MASS0103(AB)b, would help unravel the mysteries surrounding star and planet formations. However this Tatooine-like object has peculiar properties, which make it difficult to determine exactly what kind of celestial body it is.

A huge planet or a tiny brown dwarf? 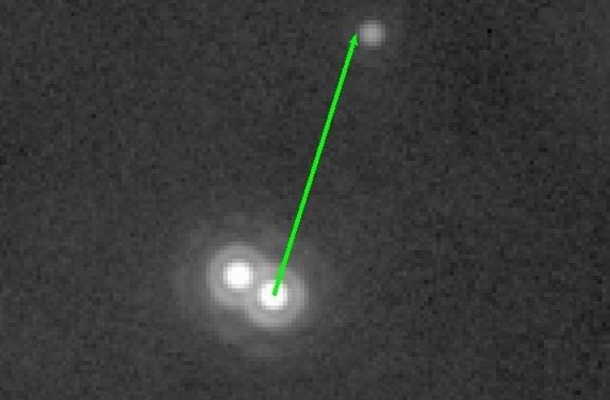 2MASS0103(AB)b orbits its binary stars at a distance of roughly 12.5 billion kilometres which is close enough for it to have originally formed in the same way as a planet does – from parts of an incomprehensibly large disc of cosmic dust. Conversely, the actual mass is 12 to 14 times that of Jupiter, which is itself 11 times larger than Earth, and 2.5 times larger than all the other planets in our solar system combined. Such large objects are usually not planets at all, but failed stars called brown dwarfs.

Unfortunately the object’s mass places it right on the dividing line between planet and brown dwarf, making it very difficult to figure out which it is. In an attempt to solve the mystery, Delorme and his team have now moved onto the composition of the object’s atmosphere. If it has a composition like our solar system’s Jupiter, then the object would indeed be a gas-giant planet, otherwise it would be an extremely rare type of brown dwarf that came into existence at the same time the binary suns were born.

The fictional planet of Tatooine is known well by Star Wars fans for being the birth place of Anakin Skywalker, and later on the home of Luke Skywalker. Tatooine was the location of many key scenes that occurred in Almost every Star Wars film, and has thus made it one of the series many icons.

Like Delorme’s 2MASS0103(AB)b, Tatooine orbits two suns Tatoo I and Tatoo II. As depicted in the Star Wars films, Tatooine is a barren, desert planet that lies beyond the reach of the Galactic Empire, leading it to be ceased by the Hutt clan of gangsters.

Although astronomers have known that binary star systems with orbiting planets exist, Delorme’s picture acts as the first and only piece of direct evidence to show it. But, those Star Wars fans hoping that 2MASS0103(AB)b may be the home to Tusken Raiders will be disappointed. Regardless of whether it turns out to be a planet, a brown dwarf, or something in between; the object is not comprised of any solid rock and will therefore be uninhabitable.

Delorme is of course one of many exoplanet (planets outside our solar system) hunters that aim to not only discover and categorize the many variations of planets in our galaxy, but also hopes to find those that would be habitable like our own planet Earth. At the time of writing, 861 individual exoplanets have been catalogued and, as we have previously reported, the nearest Earth-like exoplanet is 6.5 light years away. Additionally, the SETI program, which launched in 1999 hopes to find extraterrestrial life on far away planets.

It may be a very, very long time before either intelligent life is found or humanity is able to leave our own solar system. But at least we have our Star Wars box-sets to keep us dreaming in the mean tine.

Delorme’s scientific journal detailing his findings can be accessed via the Cornell University Library.