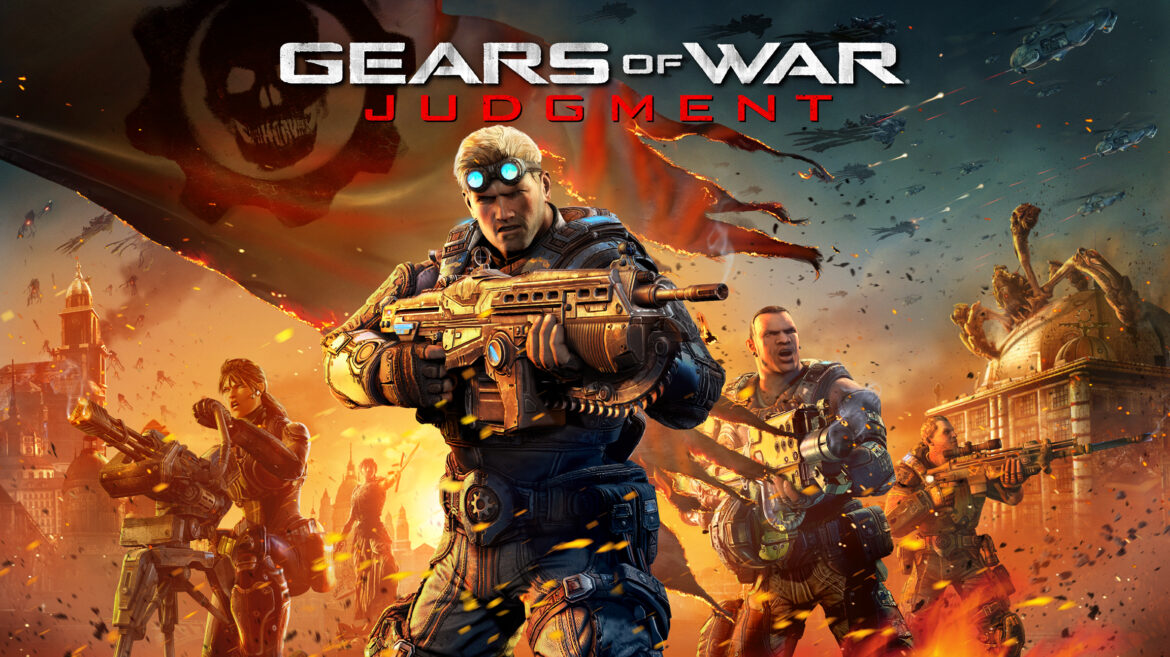 I’ve always been a Gears of War fan. Lots of alien blasting, curb-stomping, chainsawing, blood and guts, explosions etc. etc. If I’m in a certain type of mood, I can sit blasting grubs for hours at a time. It’s brilliant. It even throws an exciting and emotive story along side it all. What’s not to like? It’s a formula Epic Games have used brilliantly well with Gears of War 1, 2 and 3. And, despite some tweaks, they have stuck to the same tried and tested formula with Gears of War Judgement.

Marcus Fenix is no longer the lead in Judgement. Instead, you start the game as Lieutenant Baird – the whiny one from the last three games. Baird is apparently one of the more popular characters from the Gears series, but I really don’t see it. I found him really annoying. So I was a little disappointed to learn that Baird was one of the characters you played as in Judgement. At the beginning of the game, Baird and the rest of his squad are on trial for an unknown crime. The rest of the game plays out in flashbacks, as each character takes a turn to play narrator. As a story mechanic, this actually serves well in driving the narrative forward –  as the tension builds, the action gets more and more hectic, right up until the climactic ending. 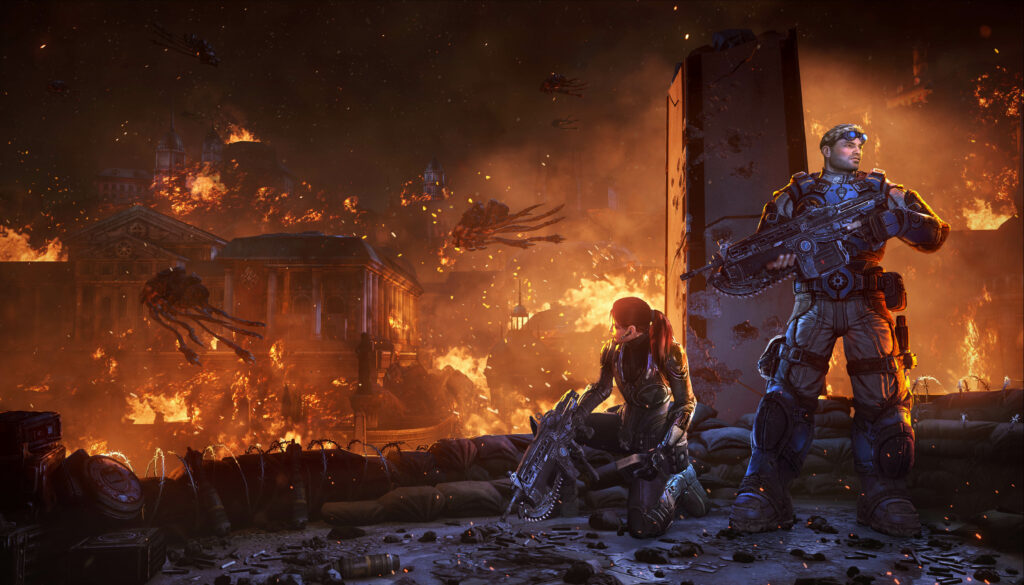 While the story in itself is okay, it does seem strange that this is the story Epic chose to tell after the first three Gears games. Over the course of the last three games, Epic Games took us on a … well, epic adventure in which the player was tasked with saving humanity from the locust swarms. It was an epic conflict of humanity verses an alien scourge who would stop at nothing  to kill everything and everyone. If nothing else, it was a fight for survival. The story of Gears of War Judgement seems a little flat in comparison. In Judgement, we are back fighting an enemy we already defeated. That in itself seems a little pointless. Moreover, Epic chose an obscure story to tell. Surely a more interesting option would be a game explaining why Marcus Fenix began the first game in jail? Or even maybe a new threat to humanity? Take Halo, for example. In Halo: Reach we witnessed a monumental event in the history of the Halo universe, and in Halo 4, we were introduced to a new threat to humanity: two rather good excuses to release lucrative titles.

Game-play wise, Gears of War Judgement has been slightly tweaked from the last three games. Most of it will be similar to veterans of the series, however. There are still plenty of conveniently placed, chest high walls, with which to take cover behind. The fighting is as fast paced and frantic as ever, and long time fans of the series will no doubt find hours of enjoyment in the bullet-fest that is the traditional Gears of War experience. There are some tweaks, however. Enemy spawns are now random, adding yet another challenge to the beleaguered player. Moreover, players are given skill-points which are counted up after the end of each section. Points are awarded for headshots, multikills and such. At the end of each battle, players are given the option to replay section to try for more points. You can compare these scores with your friends over Xbox Live but, more importantly, go towards unlocking various weapons and skins for use during multiplayer. 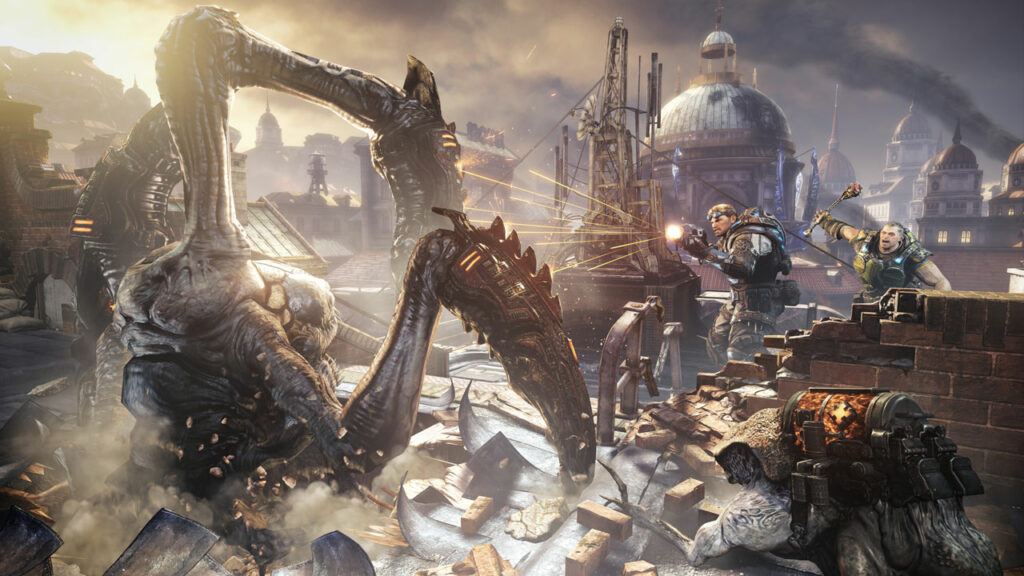 These changes create a game that feels extremely arcade-y. While this is appealing for some, for me, it only serves as another reminder that you are playing a game. It takes you away from the story and out of the game – breaking any build up of tension or narrative. It feels very much like you are walking from one battle arena to another. With a bit of story-telling in-between. As you approach an arena, you are confronted with a huge and unmissable Gears of War logo. Press X, and you are given access to the additional options that make the upcoming battle harder. Less ammo, for example. Or a harder enemy type. All of this adds to the feeling that you are playing an arcade shooter game. It feels disjointed. It all adds up to take you out of the game, reduces empathy with the characters and breaks narrative tension.

A separate campaign, Aftermath, is unlocked on completion of the main campaign. It follows Baird and Cole during the part of Gears 3 where they go off and do their own thing. It’s more traditional than the Judgement campaign – there are no arcade-y gimmicks here. It’s not a brilliant campaign and feels more like a tacked on extra, but it does fill in some major plot holes from Gears of War 3.

Multiplayer has also received some tweaks. Horde as been replaced by Survival and OverRun. Horde was one of the best multiplayer elements of the past games and I hate to see it go. It required skill and teamwork to survive Horde’s fifty waves. Instead, Survival has only 10 waves and they are all the same enemy type. Much less interesting than the previous games’ Horde mode. In OverRun, players play as either the COG or locust. The COG have to defend, and the locust attack certain objectives. Should be interesting, except playing as the locust is horrible as they move extremely slowly. A third mode – Free-For-All – is pretty much exactly what it says on the tin. Ten players slogging it out. It’s fun for a while, but there is little strategy or depth to the combat. 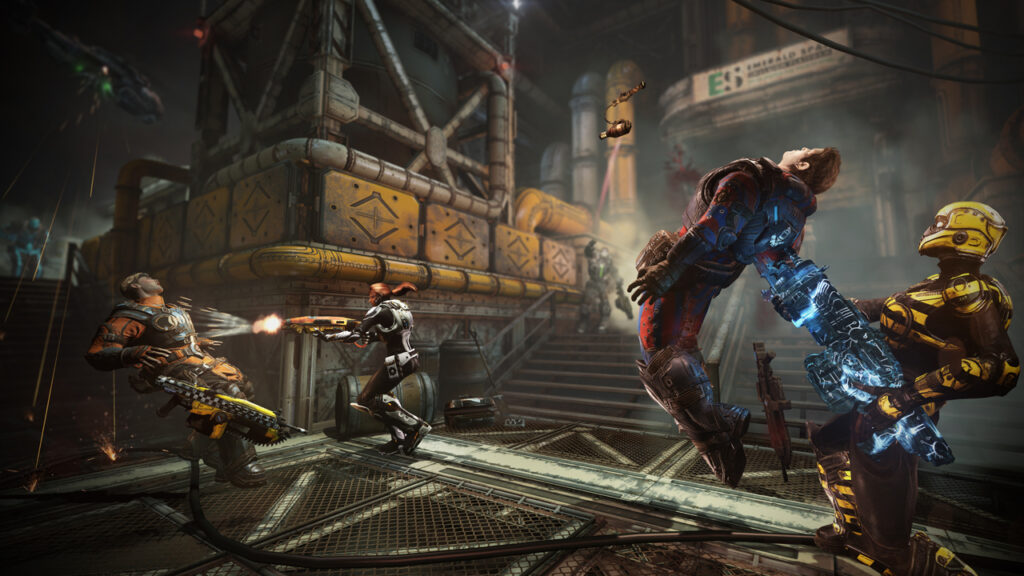 Gears of War Judgement is a good, solid game. It uses the previous games’ brilliant shooting mechanics and places them in a new environment. It’s tweaks bring an arcade-y feel to the combat which some may find appealing. The story is okay, but feels a little bit lame in comparison to the epic campaigns of the previous games; and feels more like it should be DLC, rather than a full blown game on its own.

The Bad – Arcade type features remove you from the game and break narrative tension, multiplayer is worse than the previous games in the series.