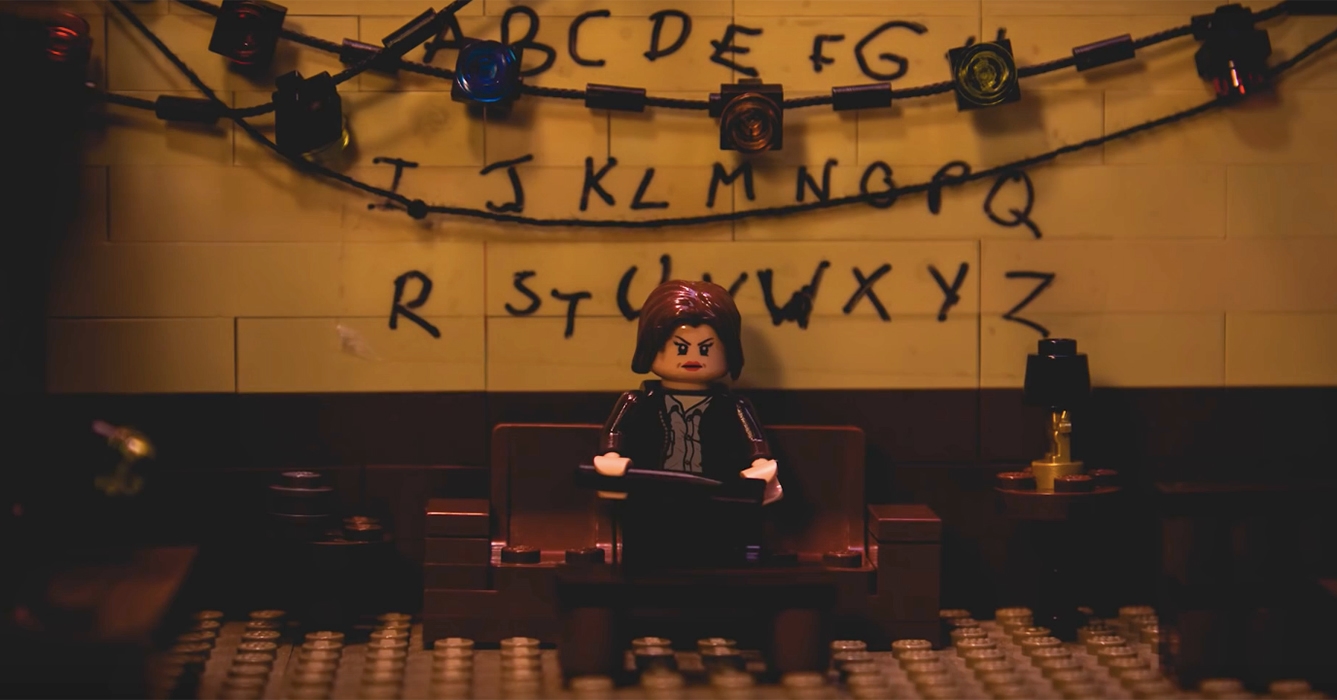 Since the cliffhanger finale of season one, fans of the Netflix-original have been patiently awaiting the release of season two. But until then, the creators at Book Shelf Productions put together a chronological montage of the series using motion stop photography and Lego Minifigures to recreate the unusual events in the small town of Indiana, including Barbara’s last few moments by the pool.

Layered with voice overs from the series for authenticity, the Lego rendition begins just as the original with the nail-biting bike chase that leads to Will’s disappearance. From Chief Hopper’s courageous pledge with Joyce in finding her son to Eleven’s ravenous first meal at Benny’s diner, the Lego take on the sci-fi series is strangely fitting. If the Upside Down can exist, then surely a world made out of Lego is conceivable.

Along with emphasizing the crucial plot points in a 4 minute mashup, the Minifigures are embellished with detail from accurate costume choices to expressive facial expressions. And if you’re wondering whether Joyce’s ingenious idea to communicate with her son through bundles of Christmas lights and an alphabetical wall was possible to reproduce using tiny bricks made out of ABS–it most definitely was. But besides the visuals, the reproduction wouldn’t have the same chilling effect without snippets of the original soundtrack dispersed throughout.

Check out the remake below to hold you over until season two.