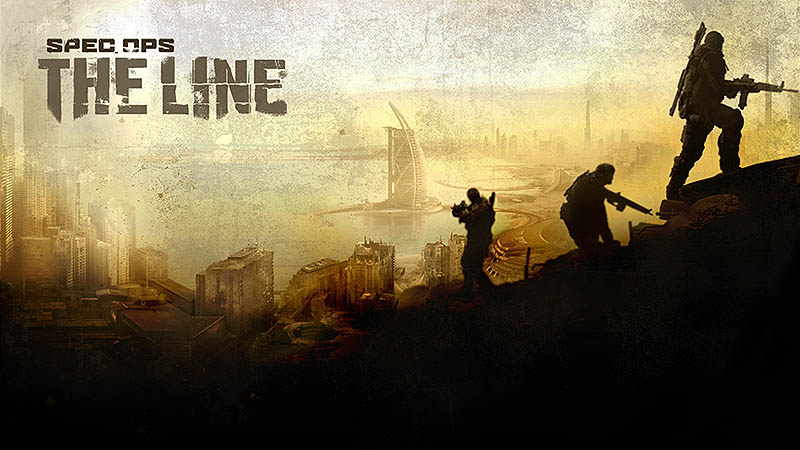 Spec Ops: The Line is one of the most important titles I’ve played this console generation. Its unique approach to engaging the player is vastly different from every other shooter game. Usually games focus on game-play and all other aspects play a fairly secondary role, but that is not the case in Yager Studios’ first release. Spec Ops is the first title I legitimately can say is designed to deliver a message with a point, and uses the advantages of video games to make the player feel involved in its development. It puts the player through a truly taxing and dramatic story. This is not often seen in our industry, as games often are sold on the pretense of good game-play alone. Rarely are they for the reason, of delivering a deeper, more meaningful message. This is what makes Spec Ops one of the most significant games I’ve played, and a must buy title.

Spec Ops: The Line draws inspiration from John Conrad’s Heart of Darkness, a literary classic. The game explores both the character’s and the player’s decisions as both descend into darkness. It explores the reasons why people love shooters, and does a great job being a well developed antithesis to the ‘Call of Dutys’ and the ‘Medal of Honors’ of our world. Spoiling this aspect would be criminal, but I will say the game came out at a critical time in our industry with the influx of modern military shooters we’ve seen over the past few years.

However, this is not solely what makes the game undeniably a classic; the way that this story is told is what definitively separates it from the regular title. This is done best when the game poses moral choices, which prove to be sadistic and personal; but incredibly engaging for this reason. At one point you are asked to choose who lives between a man who stole water, and a soldier that killed the man’s family attempting to apprehend him. This is all done with the purpose of showing us the gravity of our choices and often horrible impact they can have. In many ways these choices are a way to explore Walker’s (and by extension your own) psyche. Without ruining too much in short, the game manages to make the player feel responsible for their actions by giving them the control necessary to make the game feel like a truly personal experience.

The game uses loading screens and music (and just about everything else in its arsenal) to relay its hard hitting messages. Yager in the development of title also managed to include many deeper metaphors to convey it, with one example being that the player is always descending in both the physical and emotional sense. The music is very cinematic at times which sets the scene quite well, and at other times it very upbeat and consciously makes the player feel uncomfortable (which is a good thing). There is also a lot to analyze with Spec Ops, similar to a great novel or movie. The conversations on reddit and tv tropes are a must read after a play through as they dive much more extensively into literary analysis of the game. I would recommend not reading them beforehand, as it would hugely take away from the experience.

Although in many ways the core gameplay was put in place to make the player feel uncomfortable to help the story develop, I still believe it could have been dealt with better. The main issue in Spec Ops is often that you are placed in long and overdrawn shooting galleries. They are often sub par and repetitive as result of enemies being predictable and in obvious locations. I would have been able to accept this aspect of the game if it was for shorter lengths of time, but occasionally they drew it out the point where it was no longer engaging and frankly tiresome. At timesI felt that my deaths were unfair and frustrating to endure, and I felt cheated at times because I would often be unable to get into cover. Moreover, I think overall Spec Ops needed more variety in gameplay, as most of the game was very basic 3rd person shooting. Other activities could have helped to space out the long shooting sections. Ironically, the gameplay is the only aspect that held the game back.

The graphics engine was often slow to load textures, and the shooting controls at times could have been tighter. Neither of these were big enough issues to take away from the core experience for me, but were definitely noticeable at times.

Overall I think Spec Ops is a must play title because of the rarity of a game with so much meaning behind it. Despite lacking, at times, engaging game-play it is one of the best games of 2012. It is definitely worth picking up (especially since it’s frequently on sale), as I don’t see another game like Spec Ops coming out for a long time. If you have ever wanted a game that packs an engaging and deep story comparable to film or literature, look no further than Spec Ops: The Line.