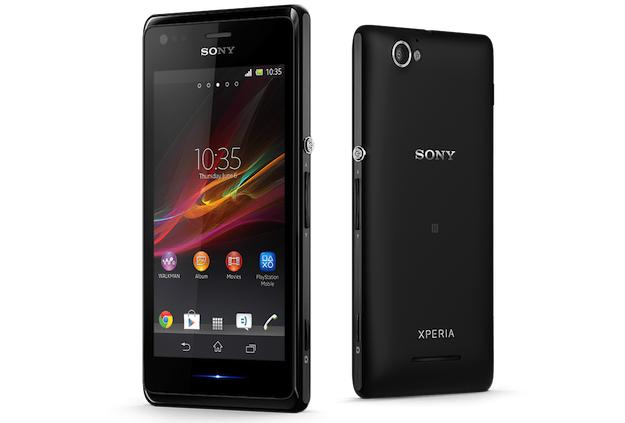 After its flagship Xperia Z, and the even more sturdy Xperia ZR, Sony has now announced a mid range device – the Xperia M. The handset doesn’t get any of its older sibling’s waterproof or dustproof abilities, but does borrow the aluminium unlock button.

The Xperia M features a 4 inch screen, with a display resolution of 854×480 pixels – called FWVGA. That’s about 245 pixels per inch – well below current norms for smartphones, even mid-range handsets. It is still better than Lumia 520.

The phone is powered by a 1 Ghz, dual-core Snapdragon Krait processor, complemented with Adreno 305 graphics, along with 1 GB of RAM. The camera, an Exmor RS sensor at 5 megapixels, is well inferior to the 13 megapixel shooter we have on the Xperia Z or ZR. It is still capable of 720p video recording. The front camera shoots at 0.3 megapixels.

The Xperia M comes with 4GB of memory on board, which is expandable up to 32GB with the MicroSD card slot. The phone will come with Android Jellybean 4.1 out of the box.

In terms of connectivity, the Xperia M is loaded with 3G HSPA+ connectivity, dual band Wi-Fi, Bluetooth 4.0, FM Radio, and NFC, with Sony’s SmartTags, with one touch sharing between phones.

Sony is launching the Xperia M in four colors – Black, White, Lime and Purple. There is a dual-SIM variant launching too – called Xperia M dual. The dual has the same specifications, with the added capability of running 2 SIM cards, and will not have a Lime color variant.

The Xperia M seems like a decent handset, with 2 major shortcomings – the camera, at 5 megapixels, is poor. The FWVGA resolution, at 245ppi, isn’t impressive either. These 2 factors push the handset down to the lower end of the mid-range category.

The handsets are expected to hit the shelves sometime in September this year. There’s no word on the pricing as of yet.