Home NewsEntertainment ‘Sherlock’: Expectations and Speculation for Special and Series 4
EntertainmentTV and Movies

‘Sherlock’: Expectations and Speculation for Special and Series 4 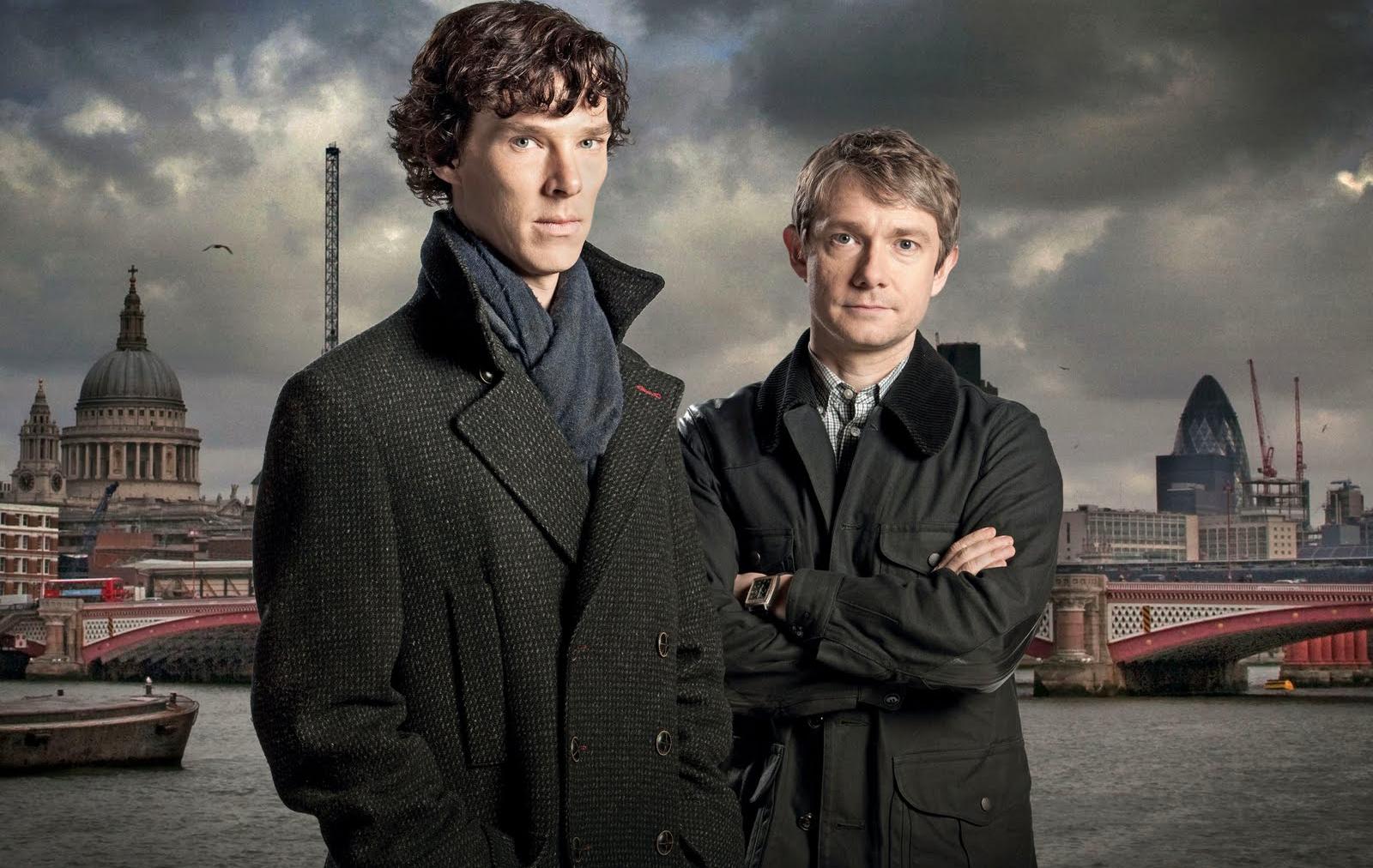 The BBC’s hit TV show Sherlock, a modern adaptation of the mystery-solving duo starring Benedict Cumberbatch and Martin Freeman, is on its way back to its many adoring fans. This year, the BBC will be releasing a Christmas special, and fans will probably receive the fourth season that they’ve long been waiting for sometime in 2017. The producers have revealed some enigmatic and exciting details about the future of Sherlock, and Comic-Con has given us a first look at the special. Here’s what we know so far, as well as what might happen.

The Christmas Special: The Victorian Period

The Christmas special is set in Victorian London, the time during which the Sherlock Holmes stories were written and set originally. The producers have stated that this episode will be its own, standalone story. Of course, the Victorian-era setting means that there will be some definite changes to the plot and characterization.

One of the first things to notice about the above teaser are the costume changes. Sherlock (or “Mr. Holmes,” as the case will probably be for a Victorian-era story) is wearing his traditional deerstalker hat, which has been playfully mocked multiple times in the series due to its modern setting. Dr. Watson has a mustache again, which is somehow more appropriate for Victorian times than it was for the first episode of series 3. I guess it goes better with a bowler hat and suit than with his typical modern dress of button-downs and sweaters. 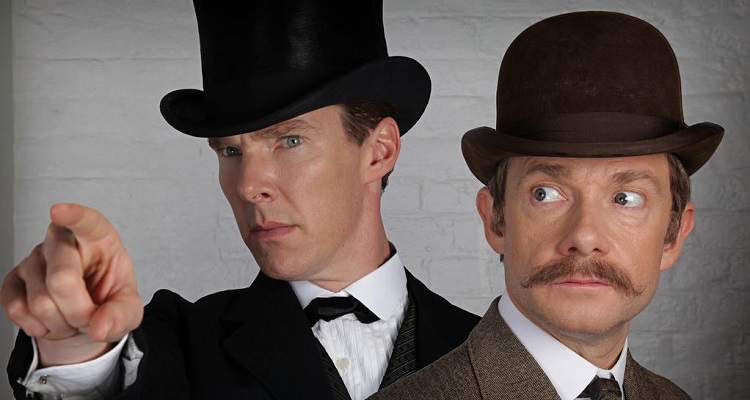 Two other major plot elements will likely characterize the Christmas special’s story: Victorian gender tradition and Victorian-era technology (likely with self-deprecating critiques on both). The teaser above gives a sample about how Mrs. Hudson is portrayed in Dr. Watson’s stories (not blog): she is used as a “plot device.” Additionally, Molly Hooper will most likely not appear at all in this episode, as the producers made her up and there wouldn’t have been much call for female doctors in the Victorian era. Where technology is concerned, we can see carriages, electric lights, and elements of early industry. However, that will probably be about the limit. Sherlock and John won’t have computers, phones, or cameras to help them, so they’ll have to resort to typewriters, pens, and their not inconsiderable brainpower.

But have no fear, the same fun vibe will be present in the Christmas special as usually exists in the show (we get some of it in the sneak peak). Sherlock isn’t just about solving mysteries; it’s about the characters, their quirks, and their interactions with one another. We’ll get to see how a Victorian-era doctor deals with a “high-functioning sociopath” detective (who would be an even stranger figure in Victorian times than in modern day) and their spunky landlady. Furthermore, as the dialogue in the teaser suggests, the banter will be quite similar. Sherlock will still deliver his one-liners and quick, witty, sarcastic remarks, and John will still be the sophisticated, proper gentleman trying to keep up with his odd, genius friend. But no matter what the Christmas special gives us in terms of a story, it’ll be a treat. Unfortunately, no specific release date has been revealed yet, so we’ll just have to continue to wait (Sherlock fans are used to that).

Series 4: So Much, Yet So Little, Is Known

Stephen Moffat has, as usual, given lots of delightfully revealing, yet mysterious, answers to plot questions regarding Series 4. He says it will be a series for “emotional upheaval” and “dark times,” as well as for “things coming back to bite you.” However, he has also stated, it’ll still be the same great time, with jokes, evolving relationships, and continued character development. Undoubtedly, according to Moffat, Series 4 will make viewers desperately want Series 5, though they’ll probably be waiting for another couple of years before it happens. 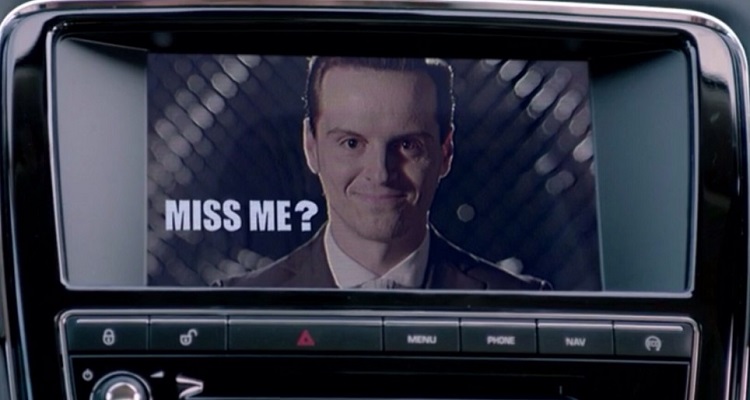 What we do know is based on Series 3 (ALERT: SPOILERS AHEAD). John and Mary are expecting a child, so that will make his and Mary’s life in the story difficult. Sherlock might end up feeling “replaced” due to John’s fatherhood, and John will probably be struggling to come to terms with parenthood. Also, we have three whole seasons’ worth of material to bring back, since this is going to be a series about consequences and the past. Lots of people don’t like Sherlock, and there’s still the mystery of how Jim Moriarty, despite being dead, appeared on every screen in London (“He is dead,” Moffat says. “He’s missing the back of his head”). Plus, Moffat has teased that there’s something they’ll be doing that has not yet been thought of, despite the broad fanbase and the multitude of plot theorists. Who knows? Maybe things from John or Mary’s past will come back for them; a soldier and a spy won’t be able to completely leave their pasts behind. More will undoubtedly surface about Sherlock and Mycroft’s shared background as well, which is a deep well that has only been shallowly plumbed. Perhaps we’ll get more elaboration on the blink-and-you-missed it comment in the last episode about “the other one,” thought by many to be another Holmes sibling.

Unfortunately, as Moffat has flat-out stated that the script is not yet written, we probably won’t know anything concrete for at least another year. He’s busy, Cumberbatch and Freeman are Britain’s best and most popular actors, and the year 2017 (groan) has been hinted at. But hopefully, fans won’t have to wait much longer. In the meantime, keep your eyes open, because the Christmas special comes in only a few months to select cinemas.