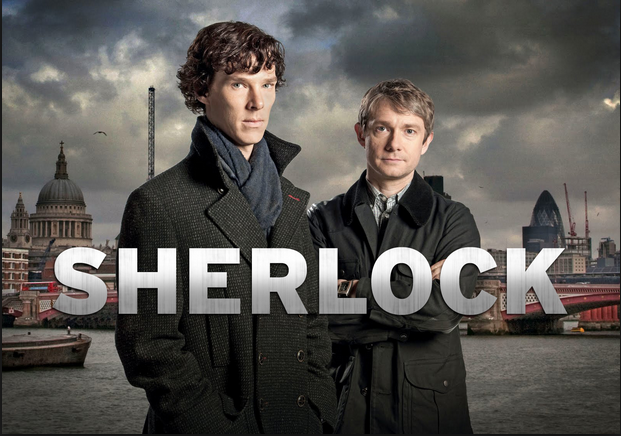 Warning: Naturally, this post will contain mild spoilers regarding “The Empty Hearse.” You have been warned…

It’s been one year, eleven months, and nineteen days since BBC aired the season two finale of its hit show, Sherlock, starring Benedict Cumberbatch and Martin Freeman. Following the release of “The Reichenbach Fall,” Sherlock immediately underwent an extended hiatus which left fans eager for the return of their favorite high-functioning sociopath. After nearly two years of waiting plus a teaser trailer and a seven minute mini episode, fans have had their wish granted;  season three’s premier episode, “The Empty Hearse,” aired on BBC One on New Year’s Day. It will air in the United States on January 19th on PBS.

“The Empty Hearse” picks up two years after the events of “The Reichenbach Fall.” In the wake of threats of terrorist attacks, Sherlock Holmes, played by Benedict Cumberbatch, is thrust back into London after having faked his death for two years. Not all is as Sherlock left it, however. His friend and partner John Watson, played by Martin Freeman, has moved on and may not be as happy to see his old friend as Sherlock may think.

This new episode brings back many favorite characters including Sherlock’s brother Mycroft (Mark Gatkiss), Detective Inspector Greg Lestrade (Rupert Graves); lab assistant, Molly Hooper (Louise Brealey); and 221b’s landlady, Mrs. Hudson (Una Stubbs). In addition to old favorites, season three introduces some new faces. Newcomer Amanda Abbington, who is married to Freeman, debuts as Mary Mortsan, John Watson’s fiancee. Sherlock‘s creator Steven Moffat indicated that the two would have a natural chemistry that would contrast nicely with John’s relationship with Sherlock. The announcement of her character was met with differing opinions from fans, though. While some welcomed Abbington’s arrival, others felt that her character would detract from John’s relationship with Sherlock. Freeman has expressed his adamant support for Abbington’s role on the show.

Season three’s second episode, “The Sign of Three,” is scheduled to air on BBC One on January 5th. “His Last Vow” is scheduled for January 12th.