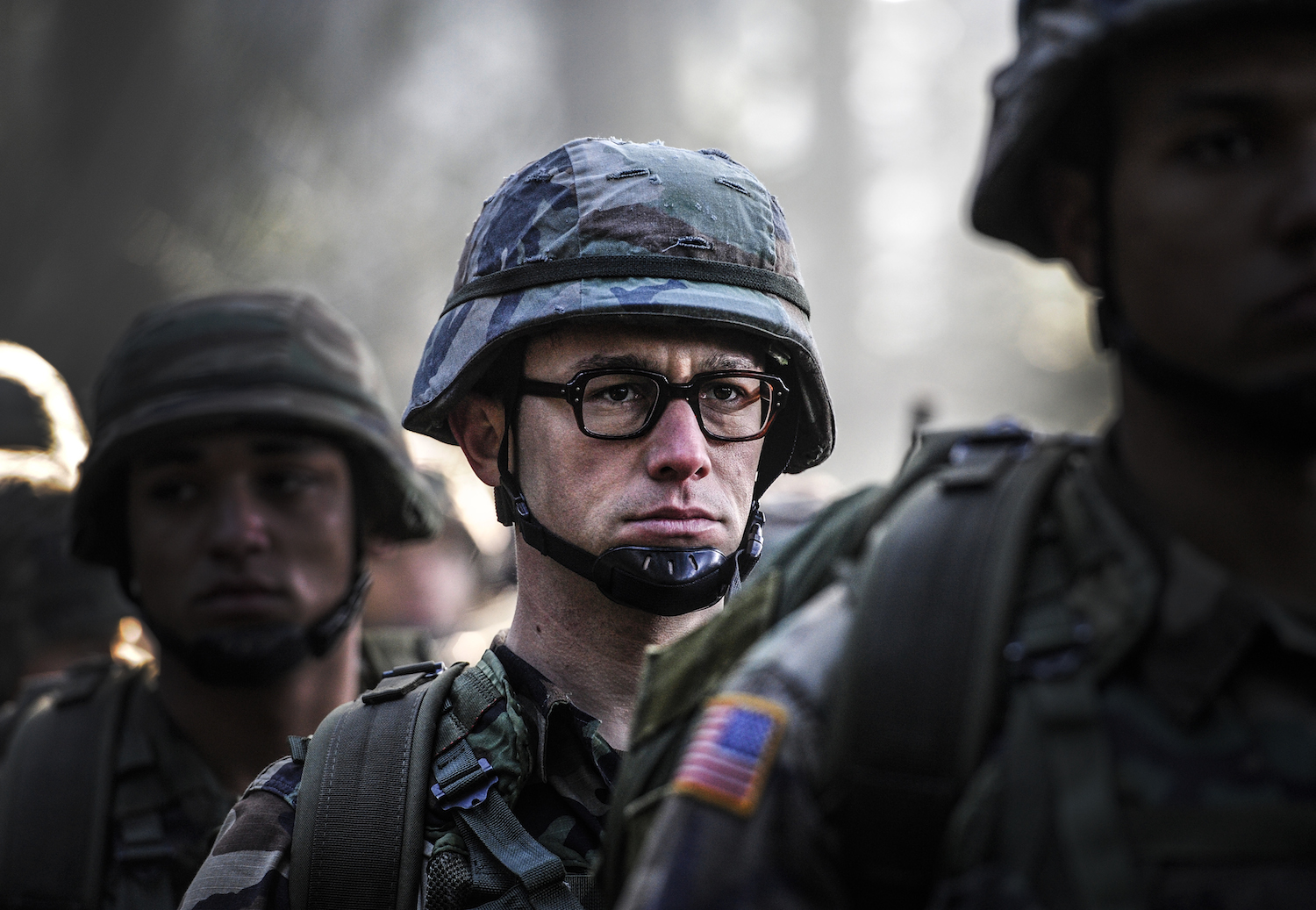 Usually September is a letdown after the sequels and explosions of the summer blockbusters. But this summer seemed to be one box office disappointment after another. Remember how excited everyone was for Suicide Squad? Well that public opinion seems to have shifted once people actually saw it. So here we have a September movie list that could be magnificent. Or it could be a disappointment. There are even movies with those words in the titles. Here is our September movie preview.

Real life couple Michael Fassbender and Alicia Vikander star in The Light Between Oceans, which looks like the month’s biggest tear-jerker. Fassbender plays a lighthouse keeper who, with his wife (Vikander), rescues and adopts a baby that washes ashore in a boat. Cue temporary happiness. But a visit to the mainland reveals a women’s child went missing around the same time. Cue conflict and sadness.

Morgan isn’t a full length story about Morgan from The Walking Dead. (I checked.) It’s actually about a laboratory made humanoid type woman. As she displays super human qualities, a corporate troubleshooter is brought in after Morgan loses her temper to decide the creature’s fate.

September 9th– The Disappointments Room, Sully, When the Bough Breaks, The Wild Life

Kate Beckinsale accidentally releases “unimaginable horrors” from her attic in The Disappointments Room. That quote is from the official synopsis. But we’ll be the judges if the horrors in this movie are actually unimaginable, thank you very much. Well I won’t be judging because I don’t see horror movies. But you can if you want.

It was 2009 when Captain Chesley “Sully“ Sullenberger emergency crash-landed a plane in the Hudson River after experiencing engine trouble. Everyone on board survived. Here in 2016 we’re getting a feature film account of those events with Tom Hanks playing Sully. But beyond the events of the crash landing, the movie also tells of the aftermath. From the pilot’s instant fame to the airline’s investigation, it’s all covered. Plus Tom Hanks has white hair and a mustache.

When the Bough Breaks is a dramatic psychological thriller with babies! Morris Chestnut and Regina Hall play a young couple hoping to have a child. But after trying everything else, they decide to hire a surrogate (Jaz Sinclair). As the pregnancy progresses, the surrogate becomes obsessed with the husband. It’s a horror plot you never thought you wanted. Someone’s trying to kill you… but they’re carrying your baby! They should have called the Storks. More on that later.

The Wild Life is an animated title where a parrot recounts the arrival of Robinson Crusoe on his isolated island. The film even went by the name Robinson Crusoe when released in other parts of the world. But I guess that title wasn’t wild enough for us Americans.

It was a big shock out of San Diego Comic Con when the found footage horror movie being promoted was actually Blair Witch, the third movie in the franchise started by the surprise hit of 1999, The Blair Witch Project. The plot is not so surprising. Well, at least not on the surface. A group of college students venture into the woods and find a bunch of strange occurrences. Is it the Blair Witch? The title of the movie suggests that it probably is.

Speaking of third movies in a series, Bridget Jones’s Baby brings Renee Zellweger and Colin Firth back to the world of Bridget Jones with the addition of Patrick Dempsey as the new boyfriend. Bridget is pregnant, but she has no idea if her new boyfriend or ex (Firth) is the father. So pregnancy jokes ensue. Plus the term “it’s complicated” gets thrown around a lot.

Joseph Gordon-Levitt takes on controversial figure, Edward Snowden in the movie appropriately titled, Snowden. Snowden, a computer professional contracted to different government agencies, leaked tons of classified information to the press in 2013. Obviously the US government wasn’t happy about that. Since then he’s been the face of the debate over mass surveillance. It’ll be interesting to see how Gordon-Levitt and director Oliver Stone present the man on-screen.

If you think Hollywood makes too many sequels and remakes, The Magnificent Seven is probably a point of contention for you. This current iteration is a remake of the 1960 western film of the same name. That film was a remake of the 1954 Japanese movie Seven Samurai. So they’ve remade a classic, which is a remake of a classic. Classic Hollywood. Denzel Washington and Chris Pratt lead the group of seven outlaws attempting to protect a small town from a violent threat.

The big family release of the month comes from Warner Bros. and is a fun take on Storks. In this story, storks no longer deliver babies to new parents. Instead they deliver packages. But the top bird at the company accidentally turns on the baby-making machine. So he rushes to deliver the unauthorized baby before getting in trouble. Andy Samberg leads the voice cast that includes Kelsey Grammar and Jennifer Aniston.

Mark Wahlberg stars in the real life story of Deepwater Horizon, a drilling rig that exploded in 2010. The result was the massive oil spill that devastated the American Gulf Coast. But the movie follows the workers trying to escape the rig. It promises to be harrowing, but also heartbreaking.

Masterminds is a comedy heist film starring Zach Galifianakis, Kristen Wiig, and Owen Wilson. Another movie based on a true story, the film depicts a real heist that took place in 1997 when Galifianakis’ character stole over $17 million from a vault while working as an armored truck driver. The movie looks pretty funny with some big names in comedy taking part. Jason Sudekis, Kate McKinnon, and Leslie Jones also star. But remember kids, bank robbery is no laughing matter.

Now with one month until Halloween, it’s the perfect time for a Tim Burton movie. His latest adapts the popular novel, Miss Peregrine’s Home for Peculiar Children for the big screen. Eva Green plays the title character who runs the house full of kids with powers or “peculiarities.” It’s like a less militarized Xavier’s School for Gifted Youngsters.

Mixed among the September movies are four titles that are based on true events. There are a few films that will probably make some money and a whole lot of question marks. My recommendation is Miss Peregrines Home for Peculiar Children. I love some Tim Burton in the fall. Also Chris Pratt as a cowboy!? Sign me up for The Magnificent Seven.