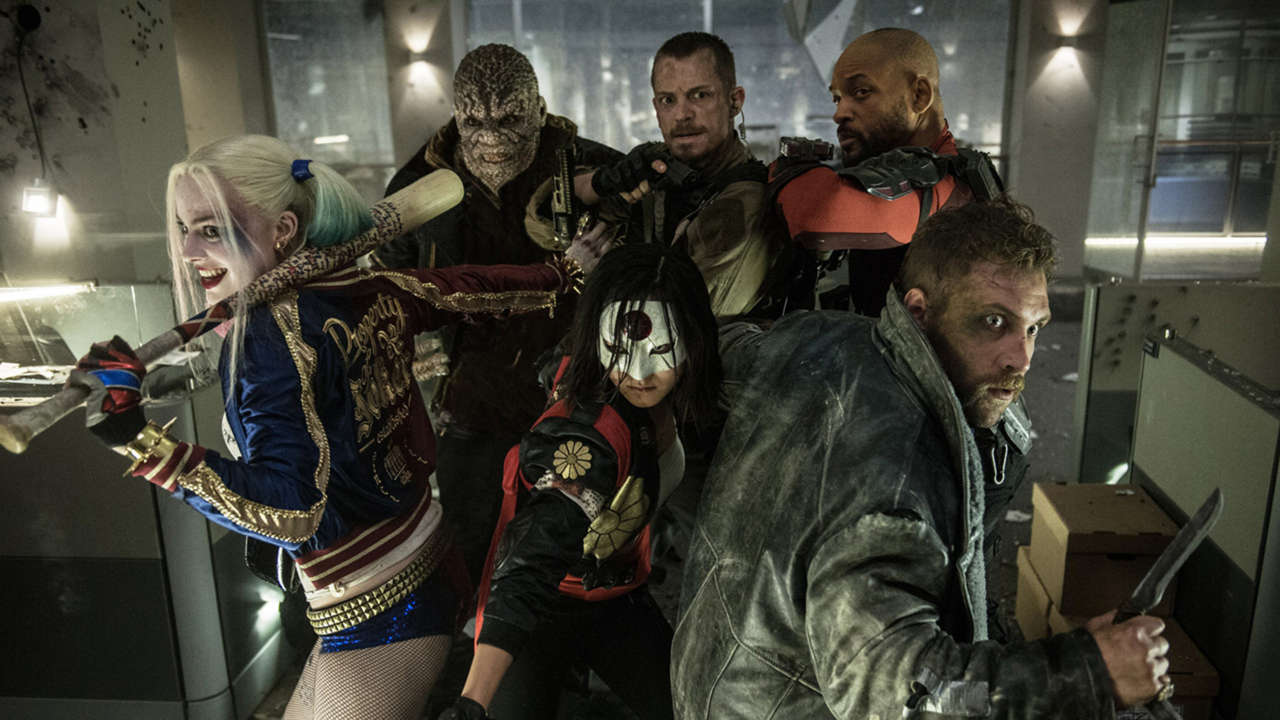 If you haven’t yet taken advantage of summer movie theaters filled with Jason Bourne, Captain Kirk, and Slimer, then maybe that should be your focus in August. The weather is still warm and kids are still off from school, but you would never know it’s still summer from this list of August movies. After the Joker, Harley Quinn, and co. assault cinemas, there isn’t very much to write home about. But maybe there is a hidden gem in here somewhere. Let’s take a look at the August movie preview.

A Talking Cat and a Killer Croc

Movies like Nine Lives seemed to be a dime a dozen in previous decades, but they’re not as common anymore. You can judge if that’s a good or bad thing. Kevin Spacey plays a businessman who gets trapped inside the family cat for some reason. So naturally it will take him living as a cat to learn what it means to be human. Wow, that’s good. Feel free to use that, ad people for Nine Lives.

Far and away the biggest release of the month is the DC Comics title, Suicide Squad. A group of villains are brought together and given a chance to make up for some of their crimes by going on a dangerous mission for the government. Among the group are Deadshot (Will Smith) and Harley Quinn (Margot Robbie). But much of the film’s hype surrounds Jared Leto’s turn as a tattooed version of the Joker. I’m sold (and I’m guessing you are too).

Florence Foster Jenkins has Meryl Streep playing the title character, an heiress who dreams of becoming an opera singer despite her lack of talent. But as music is her favorite thing in life, her husband played by Hugh Grant helps her pursue that dream.

As Disney continues to remake virtually every movie they’ve ever done, Pete’s Dragon is the latest. But advances in technology since 1977 mean that the dragon no longer has to be a cartoon appearing alongside human actors… It can be a CGI dragon appearing alongside human actors. The plot has an orphan boy who happens to have a dragon as a best friend.

Make sure you walk into the right theater if you’re going to see Pete’s Dragon with the kids because the animated feature, Sausage Party is not suitable for young audiences. That’s for sure. From an ensemble of writers that include Seth Rogen and Evan Goldberg, the movie has living groceries looking forward to getting purchased. That is until they realize what happens to them when they go home with people. Spoiler alert: they get eaten. 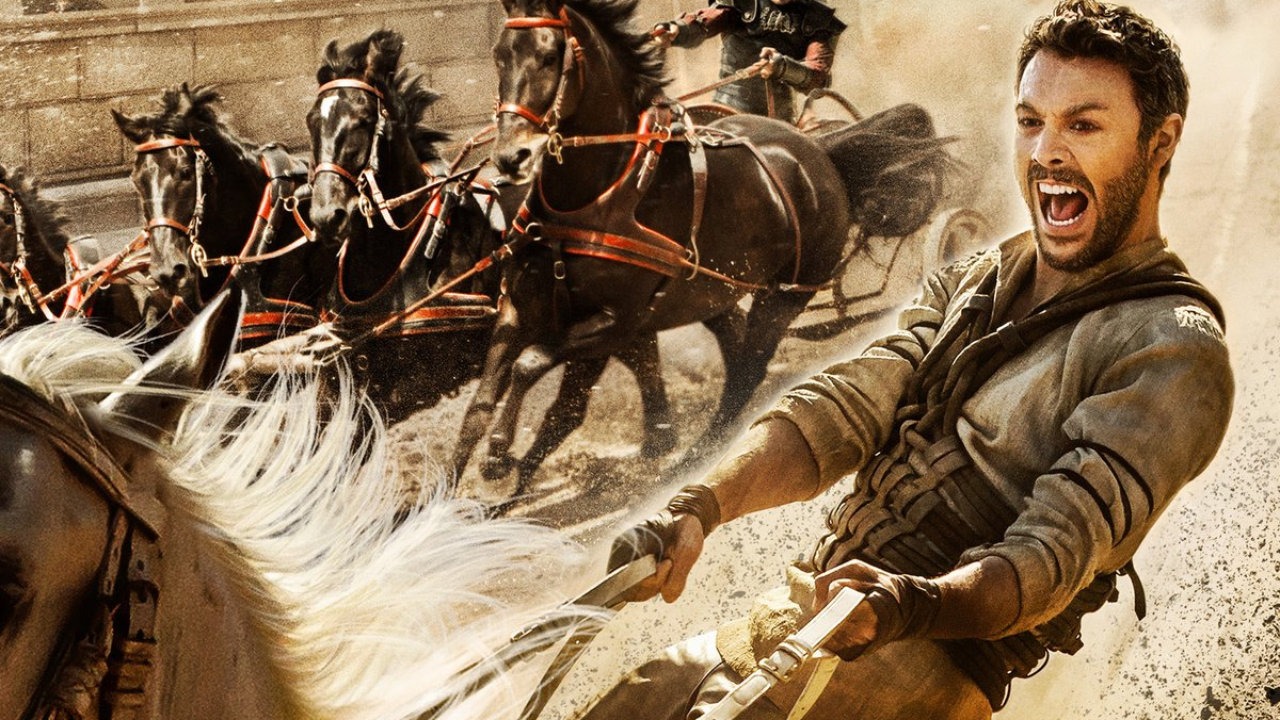 The first thing I looked at when researching the new Ben-Hur was its running time. The 1959 version was a cool 212 minutes. This one is only 141 minutes. How disappointing. They don’t make epic movies like that anymore. But while this one is shorter, it has Morgan Freeman. So that makes up for it a bit. The plot has a nobleman, Judah Ben-Hur (Jack Huston) spend years as a slave after being falsely accused of a murder plot by his old friend. But throughout his long hard road he has a number of chance encounters with Jesus of Nazareth. We’ll see if this remake lives up to the 1959 version… or the two silent film versions before that… or the book.

Laika Entertainment has put out a series of successful stop-motion animation films. But with Kubo and the Two Strings, they have ventured away from titles that seem to fit perfectly around Halloween. (Coraline, ParaNorman, The Boxtrolls) Kubo takes place in ancient Japan. The young boy in the film’s title must go on a quest for a magical suit of armor worn by his deceased Samurai father in order to stop the monsters that are pursuing him.

Jonah Hill and Miles Teller star as arms dealers in War Dogs. It’s based on the true story of two guys who won a government contract to arm US troops in Afghanistan. But even though the plot seems like no laughing matter, Hill alongside Todd Phillips, the director of The Hangover means we can expect some laughs even if they may be of the dark comedy variety.

Hollywood is constantly searching for a fresh way to present horror movies. Well this one is new I guess. Don’t Breathe has a group of teenagers attempting to steal enough money to run away from their crummy parents and start new lives. So they turn their attention to a blind man, whom they think will be easy to rip off. Well think again! Stephen Lang from Avatar plays the blind man, who defends his home from these intruders and apparently tries to kill them all? Now the trailer doesn’t show too much, but are we supposed to feel bad for the teenagers or the blind guy? Is Lang playing an elderly version of Daredevil? Man, wouldn’t that be awesome if that were true? It’s not though. It’s just another low-budget horror movie.

I guess Robert De Niro likes boxing movies. He’s definitely been in his fair share. Hands of Stone has De Niro playing trainer Ray Arcel alongside Edgar Ramirez who stars as boxer Robert Duran. The movie is the true story of Duran, who boxed professionally from age 16 to 50. So if you want some inspirational sports violence, this looks to be the title for you.

Sometimes movies end with a need for a sequel. The Mechanic was not one of those movies. But nonetheless, Jason Statham returns for Mechanic: Resurrection. After the close call at the end of the first film, Arthur Bishop (Statham) has retired as a contract killer. But his lady gets kidnapped! So naturally he has to unlock his gun case once again to go and save her. Jessica Alba and Tommy Lee Jones also star in the film.

Like many of you, Suicide Squad is definitely my must see August movie. But I’m a fan of Jason Statham too. So Mechanic: Resurrection would have to be my second pick. Also here’s a bit of writer trivia for you. My parents considered naming me Ben, but they decided not to because then my name would be Ben Her-les. So basically what I’m saying is the new Ben-Hur is about me. I’ll pause as all of you readers collectively roll your eyes. Enjoy your August movies!

Stranger Things: If You’re Not Watching, You Should Be

The (Other) iTunes 99 Cent Movie of the Week: ‘One More Time’