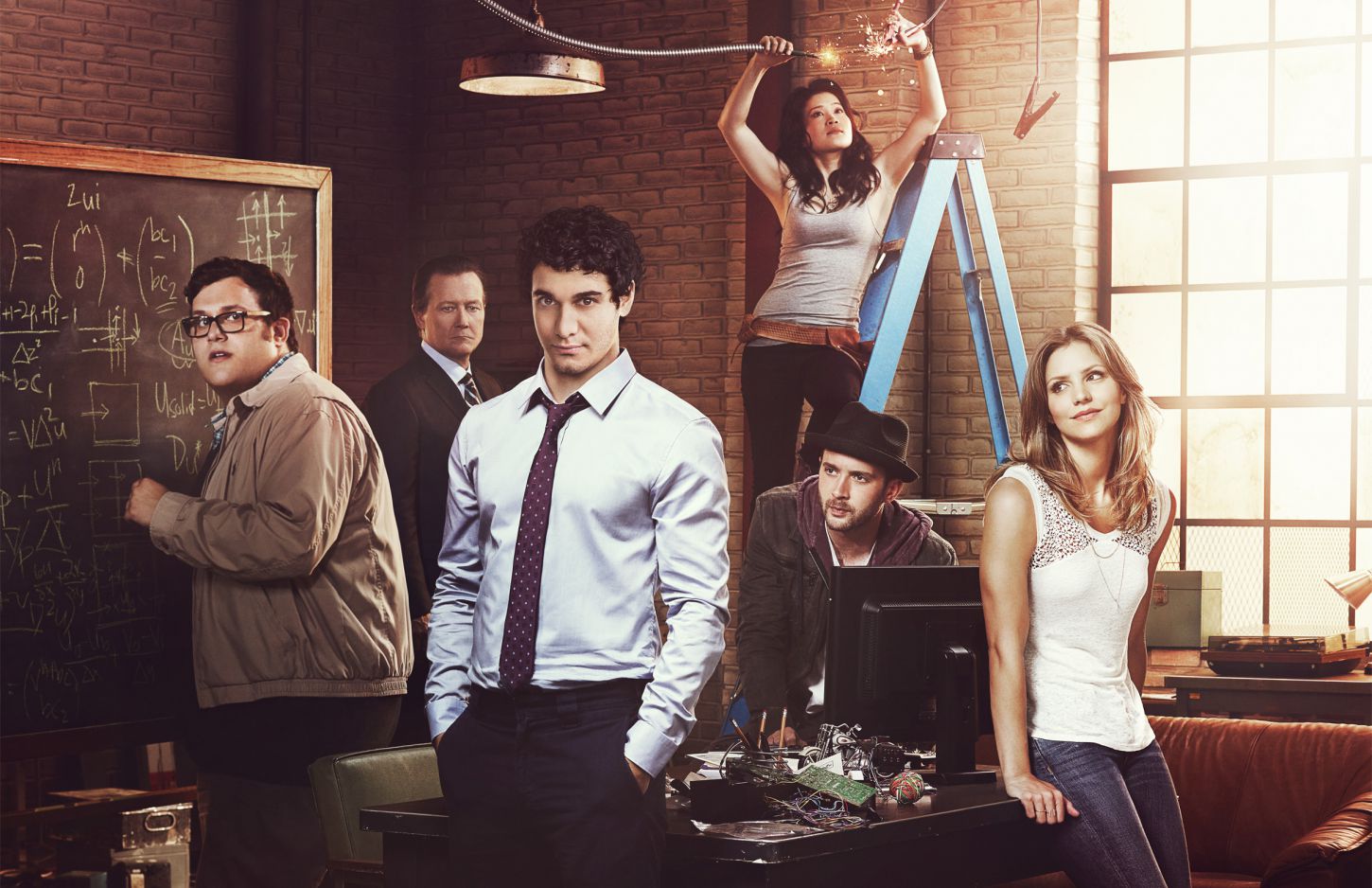 At this point, being a geek has become largely mainstream. More and more people have come to the conclusion that “brainy is the new sexy,” as exemplified by the many intelligent, observant, well-dressed people on our TVs. The new CBS TV show Scorpion, which has been approved for a second season, illustrates just that. 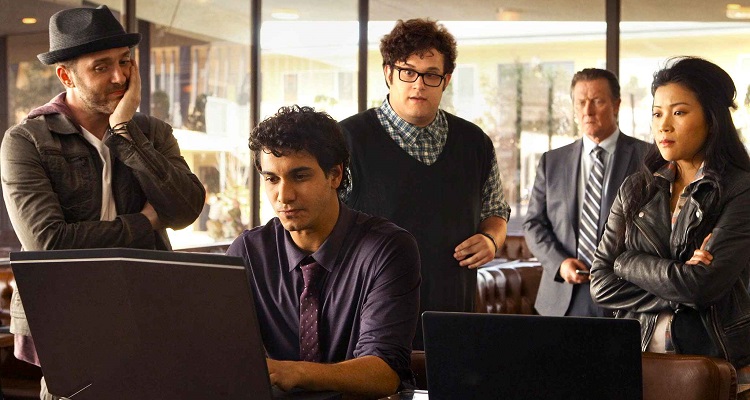 Inspired by a true story, Scorpion tells the tale of main character Walter O’Brien, a man with a genius-level IQ of 197. After he hacks into NASA as a young boy, he is taken under the wing of Homeland Security Special Agent Cabe Gallo. As an adult, he forms a team of geniuses like himself, called Scorpion, in order to find ways to help people, though they are hard-pressed to find good work. But then Agent Gallo returns and offers to fund them in return for helping the Office of Homeland Security with tough cases. Walter O’Brien (Elyes Gabel), the leader of Team Scorpion, is an expert computer programmer and hacker. While Walter is shown to be incredibly intelligent and able to figure out solutions to the toughest problems, he also has little emotional bearing on the world, which often leads to problems with anyone who is not on his team. After the pilot episode of Scorpion, he accepts an offer from Agent Gallo to work for Homeland Security, and he and his team become government consultants. Agent Gallo (Robert Patrick) is a Homeland Security agent who found young Walter O’Brien after he hacked into NASA and brought him to the United States from Ireland. He cared for Walter and in turn, Walter helped him solve problems at Gallo’s office. Unfortunately, the two had a falling-out over the use of the data that Walter provided him, so Walter left and formed Scorpion. Now, the two men work side by side during tough cases, although Agent Gallo definitely still has some secrets. Toby Curtis (Eddie Kaye Thomas) is a behavioral psychologist (a “world-class shrink,” according to Gallo) and a genius at reading people and their body language. This has gotten him into trouble, as he often speaks his conclusions out loud and uses his skills, however risky, when gambling. He often provides insight on difficult situations and can think quickly enough to get out of them. Sylvester (Ari Stidham) is a genius mathematician (a “human calculator,” according to Gallo) whose specialty is statistics. When the need arises for precise calculations, Sylvester is the one the team calls on. He provides accurate numbers and algorithms for tough cases, and can often be seen near a chalkboard, writing out complicated equations and figures. He is known to get his head stuck in the numbers with little regard to other things, and often supports from the sidelines. Happy (Jadyn Wong) is a brilliant mechanical engineer (a “mechanical engineering prodigy,” according to Gallo). She can create a working device out of pretty much anything that she has around her. She is often a bit brusque and anger-prone (not-so-subtle irony with her name), due to having trust issues. When the team needs someone to help them fix, build, or crack something, Happy is who they turn to. Originally a waitress, Paige (Katharine McPhee) is a single mother to a genius son, Ralph, and serves as the team’s more human side. Often called the team’s “translator,” she helps them with their cases and with relating to other people in return for their help in understanding and raising her genius nine-year-old son. She provides emotional support and a more “normal” take on things, often being the team’s grounding force or the one to snap them out of their issues.

Geniuses Are People, Too 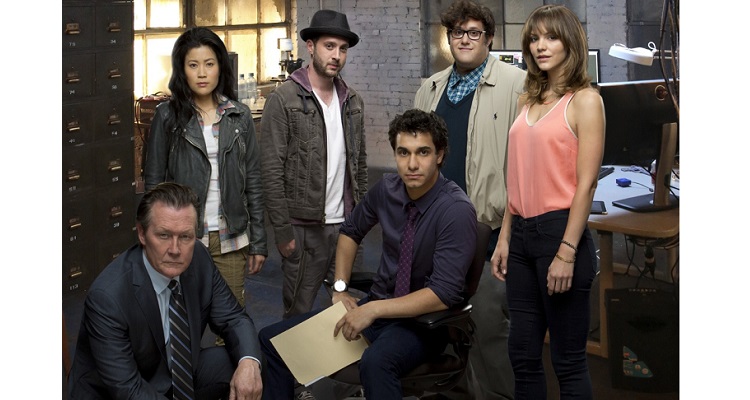 One of the things that this show makes plainly clear is that geniuses have problems of their own. They’re not just super smart; they’re also super vulnerable. The team’s four genius members all had to fend for themselves against abuse, neglect, and bullying as children. The pilot episode makes this abundantly clear. When Walter is in the middle of the case, he informs Paige that her son Ralph is a genius, which leads to a barrage of details about the many insecurities and problems that geniuses face.

So while the team is great at problem-solving, they are not so good at getting out of their own heads. One of the most significant problems that the team (except for Paige) is shown to have is a low EQ (emotional quotient) as a result of a high IQ. This makes them distrustful, prone to not understanding other people and social cues, and being matter-of-fact and brutally honest (which gets them into trouble sometimes). These problems also often lead to family/relationship issues, emotional distance, and social awkwardness. In other words, this is a show with a bunch of Sherlock Holmes-like characters in it (though none, unfortunately, are Benedict Cumberbatch, and the show isn’t nearly on the same level of excellence as the BBC’s Sherlock). However, as the series progresses, they start to learn how to face and deal with their problems, partly as a result of being around Paige and Ralph.

This is a fun show to watch, in my opinion. It has received mixed reviews, and some have criticized it for casting stereotypes and having a not-so-good script. It’s a good action, puzzle-solving, and drama show, even if it’s not the best for characterization, though hopefully, it will get better as the series progresses. It’s the type of show that you have to decide for yourself about. In my opinion, though, even if it can be inaccurate about certain things and excusing of others due to the “genius” or “geek” label, it is a step closer to correctly portraying people with high intelligence and special skills. So if you’re interested, you can give it a try on Monday nights 9/8c and see for yourself.