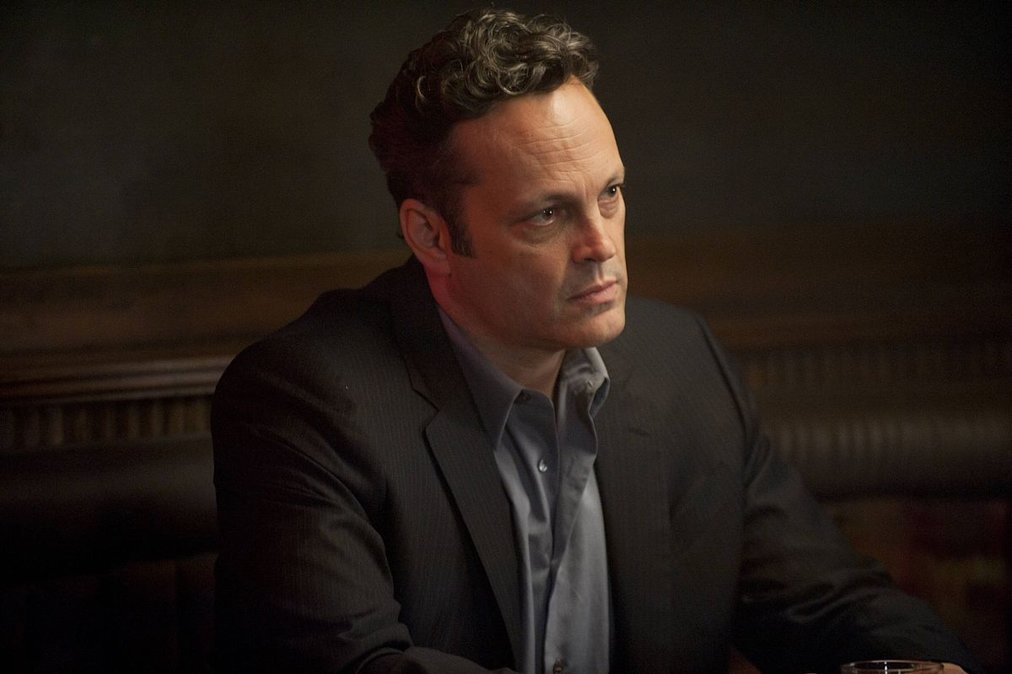 True Detective is quite a beast of a TV show. It teaches us what it takes to be a detective. Firstly, you must be an incredibly screwed up individual. Once you have amassed a collection of inner demons, then you must grow a mustache like Matthew McConaughey’s character from season one of the show and Colin Farrell’s here in season two. But the last and most important step to becoming a true detective is never under any circumstances smile. Smiling is for false detectives. So maybe my conclusions aren’t entirely accurate for real life, but I just based them on what I learned from this HBO drama. All HBO shows are based on real life, right? Right, Sookie? Right, Daenerys? Anyway, here’s our recap of the season two premiere of True Detective, “The Western Book of the Dead.”

The premiere was mostly dedicated to introducing the lead characters. In fact, we don’t know for sure what the crime is until the episode’s final scenes. In the meantime, we get just enough information to hate everyone to a certain extent. Colin Farrell plays Detective Ray Velcoro, who has some issues. He has a son dealing with bullies at school, which is tough enough. But it turns out, there are some questions about the boy’s paternity since Velcoro’s now separated wife was raped nine months before the boy was born. Then we get a flashback. How do I know it’s a flashback, you ask? Well Velcoro’s mustache is missing in action. He’s yet to be unhinged enough to have grown one, I guess. Here we meet Frank Semyon, played by Vince Vaughn.

Semyon is some kind of businessman or something, who is obviously shady and corrupt because he wears a leather jacket in an empty dive bar during the day. Or he’s Wolverine. But I think the former is much more likely. So Semyon presents Velcoro with a name and a photo of the guy supposedly responsible for Mrs. Velcoro’s rape. Semyon doesn’t ask for anything in return…yet.

In present day, Semyon is forced to present plans for a new rail system after the city manager, Ben Caspere, has gone missing. It’s a big day for Semyon and his wallet, but as happens with shady people, a scathing series of newspaper articles is going to expose the corruption in the city of Vinci, California, where this story is taking place. Man, if only Frank knew someone who could take care of the journalist for him. He does! Broken old Velcoro puts on a ski mask and beats up the journalist. So that favor from years back has turned the detective into an enforcer of sorts. And just to add to the narrative of Ray Velcoro, we get another scene with this parent of the year. When his son’s fancy sneakers get stolen and shredded, he insults his son until he tells him the bully who did it. He then goes to the kid’s house and beats up his dad while the kid watches. I think Semyon is supposed to be the main villain of this story, but so far he’s a lot better than Velcoro.

We also spend some time with two other featured police officers in this excessively dense hour of television. Rachel McAdams plays Ventura County detective Ani Bezzerides. What she lacks in a mustache, she definitely makes up for in angriness. We had the pleasure of meeting some of her lovely family too. As she leads a raid on a prostitution ring, which is actually a legal porn business, she runs into her sister Athena, who works there. They argue, Detective Bezzerides frowns. I’m detecting this is a theme. Later she and her partner pursue a missing person’s case for a woman who worked at a religious center called the Panticapaeum Institute. Well wouldn’t you know it? This place happens to be run by Bezzerides’ father. So they go there and she questions her father. We get some small bits of back-story as the two argue.

Our third cop, played by a top billed actor, is Taylor Kitsch’s Highway Patrol officer Paul Woodrugh. We meet him pulling over a car on his motorcycle. Well this sure seems routine. The young woman he pulls over invites him to her house to trade… something to avoid a ticket. It seems like he didn’t accept the offer, but he gets suspended after being accused of proposing that trade. When Woodrugh gets home we learn a bunch about the character. I have no idea which ones will be important to this story, so let’s summarize. He is a veteran, who suffers from PTSD. He has a lady at home, who is fond of him but tired of his detached personality. He has erectile dysfunction. The whole scene leads to Woodrugh dropping his towel and revealing his bare butt to the adoring camera. You’re just so darn predictable, HBO.

As for the crime that these detectives will apparently detect throughout the season, we don’t get a ton of information. We learn from the scene where Semyon presents the railway deal, that city manager Ben Caspere has gone missing. Velcoro and another detective follow up by checking his office and his house, which happens to be filled with phallic statues and sexual art because, again, HBO. We’ve actually seen Caspere a few times in this episode sitting in the back of a car wearing sunglasses. But it turns out it’s been a Weekend at Bernie’s situation and Caspere is dead. At the end of the episode, Woodrugh is riding his motorcycle at night with the lights off looking for a thrill… or trying to commit suicide. I don’t really know which one. But he finds Caspere’s corpse sitting on a bench off the highway. He also happens to be lacking eyes. Detective Velcoro and Detective Bezzerides are called in. Our leads stare each other down. They’re frowning in dramatic lighting. Ladies and gentleman, True Detective.

So you’ll need to watch the actual episode for all the dramatic landscape shots and thought provoking quotes. (“I used to want to be an astronaut. But astronauts don’t even go to the moon anymore.”) The stage is set for season two. Where it goes from here, I have no idea. See you next week.