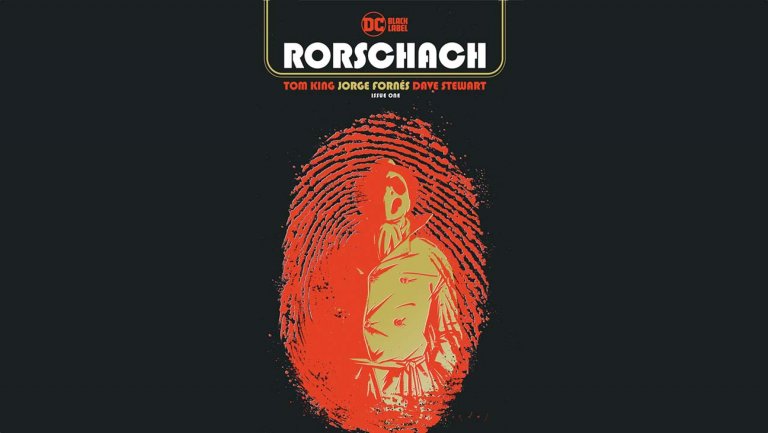 For many of us here at Geek Insider and beyond, Rorschach was the most compelling character of Alan Moore’s Watchmen series. So imagine the excitement felt today when DC announced a new 12-issue series set 35 years after the conclusion of Moore’s epic work.

Launching in just a few months, Rorschach will be written by Tom King with art by Jorge Fornés, colorist Dave Stewart, letterer Clayton Cowles, and Jae Lee will provide a variant cover for issue #1.

This new series is set to launch later this year and will follow the investigation into an assassination attempt which included a would-be killer dressed as Rorschach. Tom King was quoted in the release as saying, “Like the HBO Watchmen show and very much like the original ‘86 Watchmen, this is a very political work. It’s an angry work. We’re so angry all the time now. We have to do something with that anger.”

I was on the edge of my seat.

But then King kept talking and kind of squashed my hopes with, “It’s called Rorschach not because of the character Rorschach, but because what you see in these characters tells you more about yourself than about them.”

However, having more Watchmen might not be a bad thing, especially if we’re in the same “universe” as the original series because I have to admit, I haven’t been able to watch the HBO series. Not because I didn’t have access, I just wasn’t impressed with that first episode and haven’t tried to go any further into it.

I know, I know. I’ve heard tons of hype about it too and maybe that set my expectations too high. Maybe it was the whole “Elseworlds” type take or perhaps I just wasn’t in the right mood that night but the fact remains, I was unimpressed. Having been a huge fan of the work from Alan Moore, I’m holding out hope that Tom King and the team are able to at least come close to capturing that feel.

Rorschach #1 comes out October 13th and I guess we’ll have to wait until then to find out for sure. Personally, I’d love to see DC invest in an animated version of the Alan Moore/Dave Gibbons source work.

Now THAT would be something to get truly excited for.