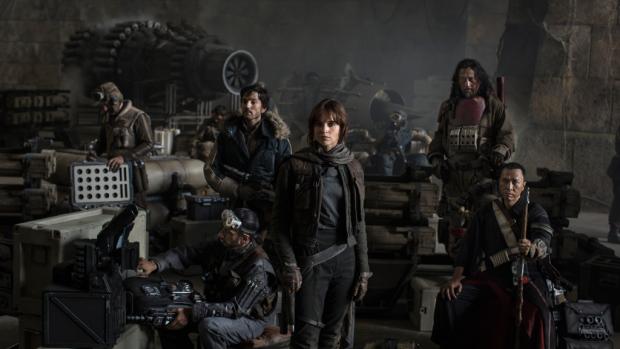 Fandango recently reported that Rogue One: A Star Wars Story is the most anticipated film of 2016. Now clues are emerging as to the storyline and the characters in the film. The film’s director, Gareth Edwards, has revealed that the plot will center around a group of rogue resistance fighters who join forces on a daring mission to steal the plans for the Death Star capable of destroying entire planets. Edwards has revealed that the movie will be a “war movie” and that Jedi will not be in the film.

Rogue One takes place before the events of the 1977 film A New Hope and after Star Wars Episode III: Revenge of the Sith. Rather than the film revolving around the Jedi, the focus is on a group who are unable to use the force and must find a way to restore hope to the galaxy under the rule of the Empire. While the original Star Wars trilogy is fairly black and white as to who the good guys are and who the bad guys are, Rogue One promises to be “gray” as Edwards has indicated.

As for the cast, Felicity Jones will play a rebel soldier while Diego Luna, Jiang Wen, Riz Ahmed, Forest Whitaker, Ben Mendelsohn, Mads Mikkelsen, Alan Tudyk, Donnie Len and others will play roles in the film.

The film was mostly shot in the studios in Britain, however actor Mads Mikkelsen has stated that part of the shooting was done in Iceland while some parts were shot in the Maldives. This would suggest that a few scenes may take place on Hoth and that there may a hot and tropical planet in the film.

The (Other) iTunes 99 Cent Movie of the Week: ‘Knock Knock’