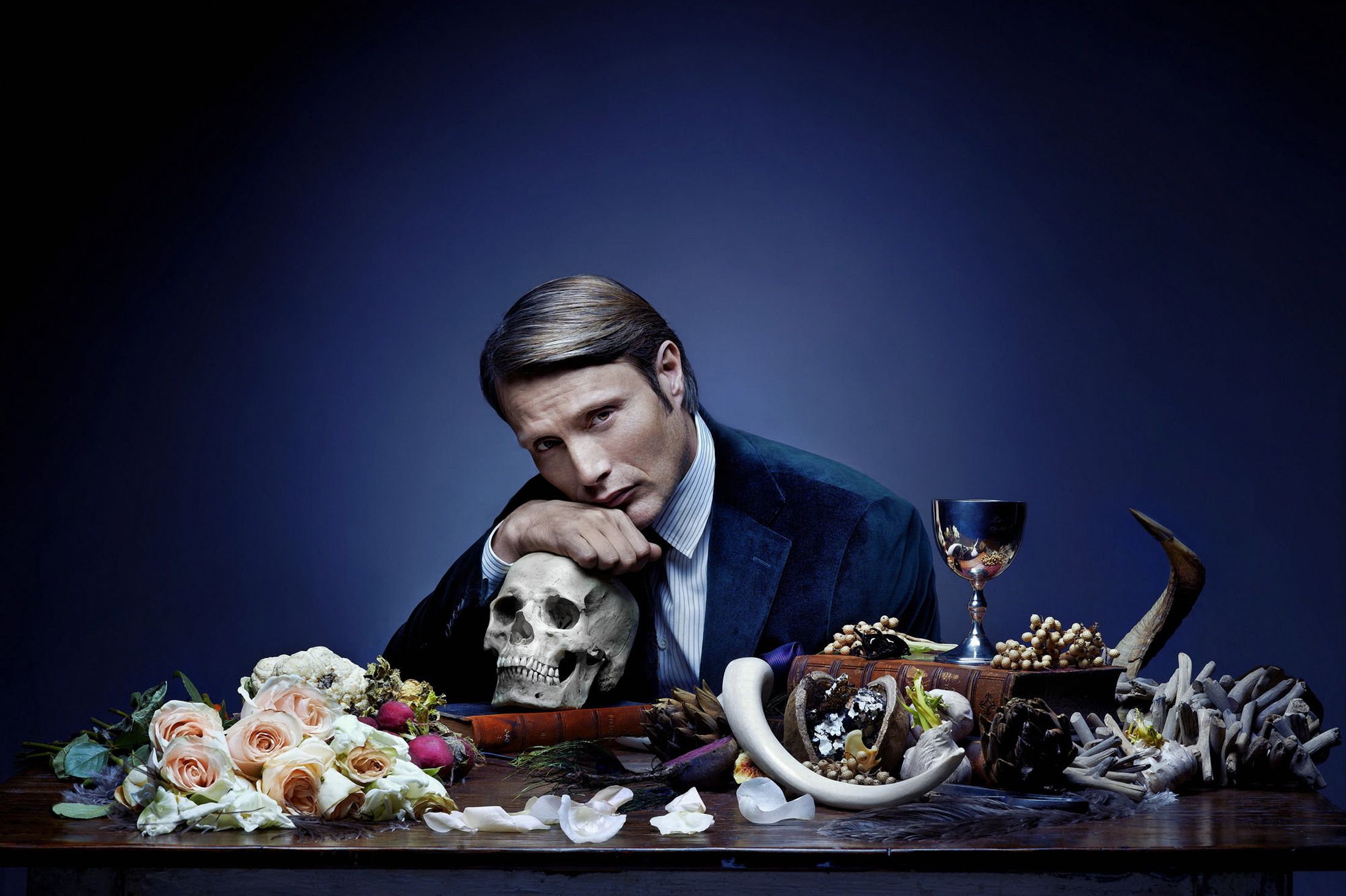 As of June, NBC‘s Hannibal series has finished it’s second season and with quite a shocking finale. This chilling and fascinating show stars Hugh Dancy and Mads Mikkelson as Will Graham (a consultant for the FBI) and the infamous titular cannibal, Hannibal Lecter, as the main protagonist and antagonist. If you haven’t heard about this show until now, that’s not exactly surprising as the second season was put into the 10-11 o’clock slot on NBC this winter and spring. This show, developed by Bryan Fuller (writer and producer for shows like Pushing Daises), is inspired by and a precursor to the first novel of the Hannibal Series: Red Dragon, at a time when no one knows of Hannibal’s…odd taste in food. If you haven’t seen this show yet and aren’t all that convinced to devoting your time to it, I have ten reasons that will hopefully convince you to give this show a shot!

When watching a show, its a pain to catch up to the current episode when the show is running and releasing an episode every week. However the end of the second season was in May, so you have plenty of time to get through the two seasons (each of which is only thirteen episodes). With all the crazy plot twists and serial killers, you can breeze through these seasons real quickly. The best part is that every episode contributes to the season at large (aka NO FILLER!!!).

Definitely one of Hannibal’s biggest selling points is the gorgeous cinematography. From Hannibal cooking his latest meal to the various murder scenes present in almost every episode, beautiful cinematography is everywhere! There are also some gorgeous pairings of both music and visual representation. Any shocking or violent scene has this artistic beauty to it, however this beauty is usually accompanied with gut wrenching disgust. The food that Hannibal makes looks delectable and mouthwatering, except for the fact that it’s supposed to be human meat!

Throughout both seasons there are so many characters: some twisted and evil and others loveable and quirky. As you could probably tell from the title, you have probably realized that if you watch this show, you are going to see some seriously disturbed people. However there is a balance of delightful quirky characters to balance out the dark villains like the members of the FBI crime investigation squad: Beverly Katz (Hettienne Parker), Jimmy Price (Scott Thompson) and Brian Zeller (Aaron Abrams). These three have playful personalities and humor, which bring a bit of brightness to the otherwise creepy and dark crime scenes and investigations prevalent in the majority of the episodes. 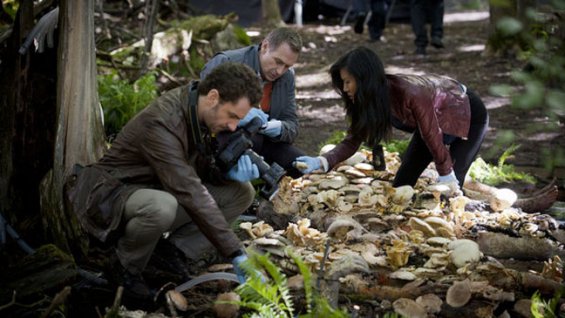 A few of the normal episodes and both of the finales in the two seasons of Hannibal leave you on the edge of your seat once the credits roll. More often then not ,you will move onto the next episode in the season and eventually you’ll find that you’ve probably already finished the season without realizing it. Both season finales have left me in a state of shock and had me begging for more episodes!

Not that the main cast isn’t fantastic, they are all amazing talented actors. However most of them aren’t very well known, with the exception of Lawrence Fishburne as Jack Crawford. The recurring cast really has some amazing talent to work with such as Ginna Torres, famous for her appearances in Joss Wheedon’s Firefly and Suits, and Eddie Izzard, one of the greatest British stand up comedians. These stars bring such life and personality to their characters so that even though they are only recurring characters you will remember them quite vividly. I won’t lie to you, this series is dark, violent and gruesome beyond words. So those with weak stomachs and constitutions beware! That said, this show is not on HBO or any specific channel you have to pay for, it’s on both NBC‘s network and website (which has most of the episodes online for streaming)! It’s amazing how Hannibal can get so much past the censors with all the gruesome murders, a few sex scenes and it’s all around dark and disturbing themes, but somehow they do it! If you’re a fan of Silence of the Lambs or psychological horror/thrillers then this is the show for you.

#4: The Development of Will and The Mind of Hannibal

Both seasons have a ton of character development for Will Graham, which makes sense as he is the main character. As Will helps the FBI with murder after grisly murder, as he has a special empathy talent which helps the FBI catch criminals, it takes its toll on him and transforms him in all kinds of ways. Also throughout the seasons the viewers, as well as some of the characters on the show, begin to see just how twisted Mikkelson’s Hannibal Lecter can be.

#3: How Invested Viewers get in this Show

While watching Hannibal it’s hard not to gasp, twinge or groan in disgust because of something a character did or how over the top/crazy the various murders become (especially in season two). Its so difficult to not scream in anger when Hannibal does something utterly despicable or when another character is manipulated by him. If this isn’t a sign of a quality TV show, then I don’t know what is.

#2: The Relationship between the Fans and the Writers

The fan base and the writers of Hannibal, especially Bryan Fuller, have an adorable, unique and very strong relationship. For example: when a fan sent Bryan Fuller a flower crown and asked if he or someone on the cast would wear it, Bryan Fuller and the cast of Hannibal did more than just what they were asked. Majority of the main cast took pictures while wearing a flower crown. Bryan Fuller even added a new character, albeit it was a dog, after a suggestion by a Hannibal fan. If nothing else, this demonstrates that both the cast and the writers care a lot about their fans.

#1: Confirmed for a Third Season

Last, but certainly not least Hannibal has been officially been confirmed for a third season. This is an incredible feat because at the beginning of the second season the show wasn’t getting enough viewers and was on the edge of getting cancelled. However as the season progressed, the ratings and viewer count soared and guaranteed Hannibal’s third season when so many shows on NBC‘s line up were shown the door. The sad thing is that it won’t premiere for a while, so once you’re done with the second season, you’ll have some waiting to do.

Hopefully these ten facts about Hannibal have convinced you to give this show a try, it’s on NBC, Comcast On-Demand as well as NBC‘s official website!

If The Book Is Always Better, Why See The Movie?

A Look into the Future of ‘Game of Thrones’