I can hear your groans from here. It’s hard making puns, you know? Calm yourselves!

If you haven’t already guessed, this month’s Loot Crate is “dead” themed. And honestly, if you couldn’t guess it from the title then it’s really on you. 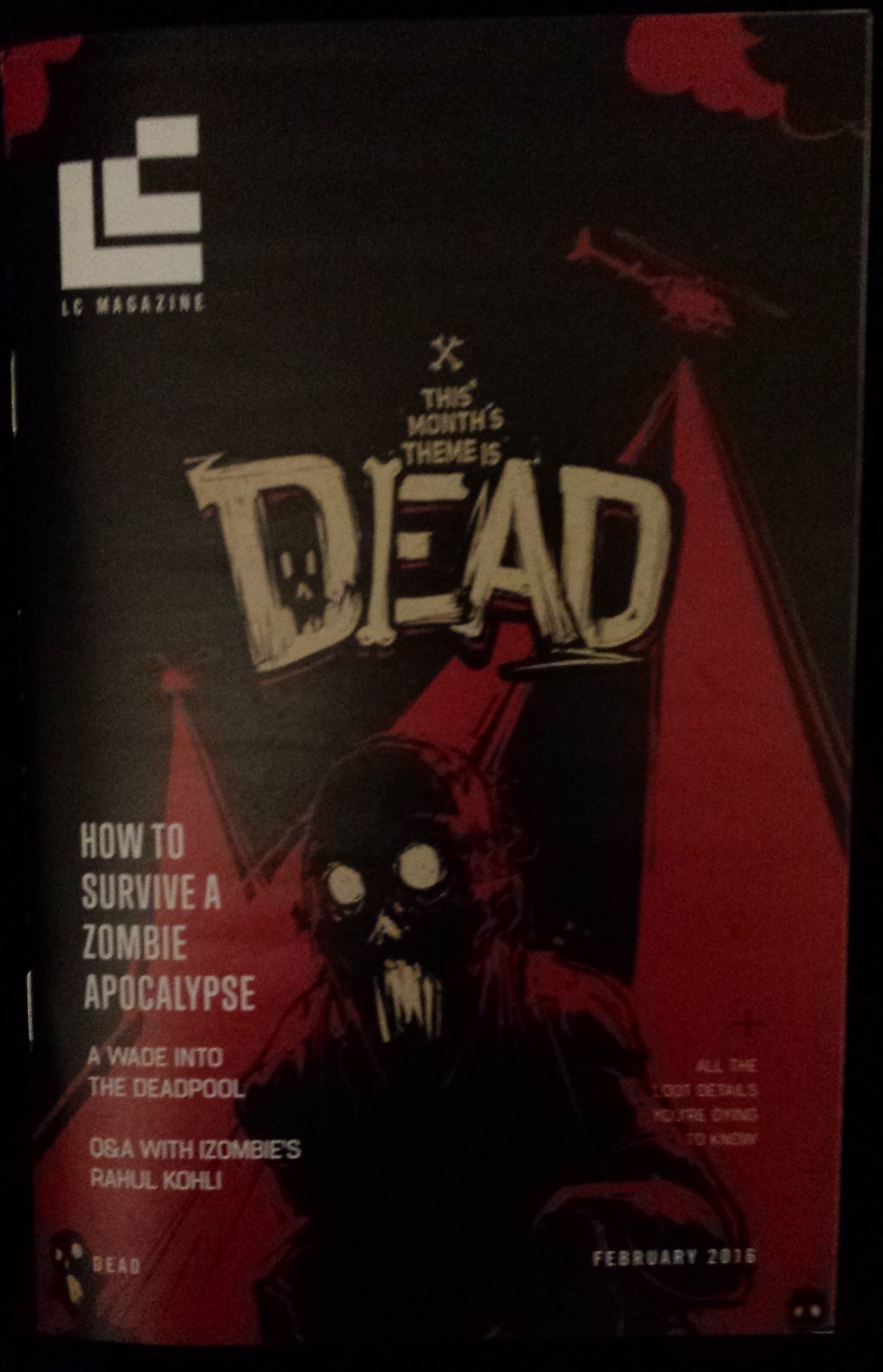 Surviving a zombie apocalypse has never been easier with Loot Crate’s monthly magazine, which contains a quiz to help you figure out your Walking Dead alter ego and a zombie survival guide. It also includes a special taco recipe from everyone’s favorite Merc with a Mouth! 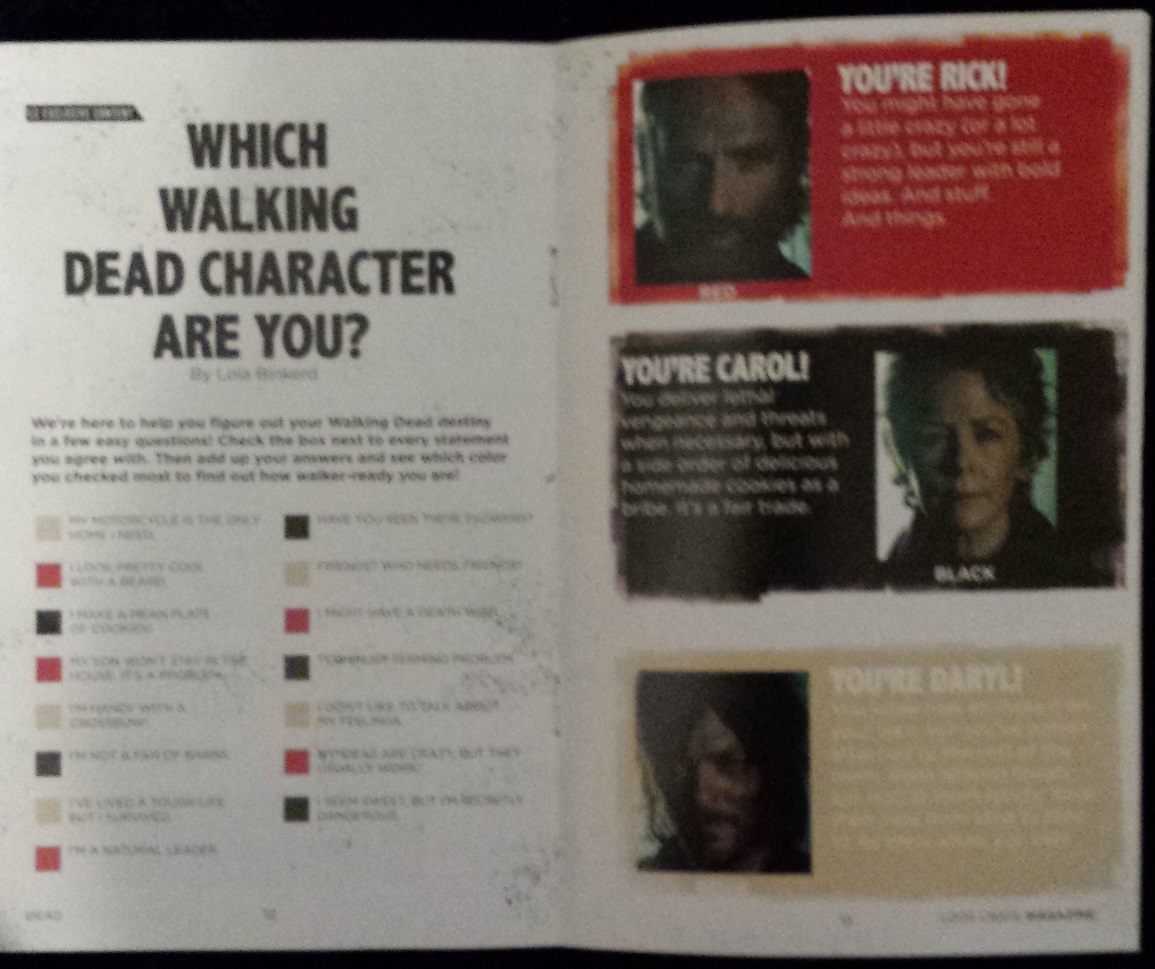 The pin features a zombified Loot Crate looking for some delicious brains. 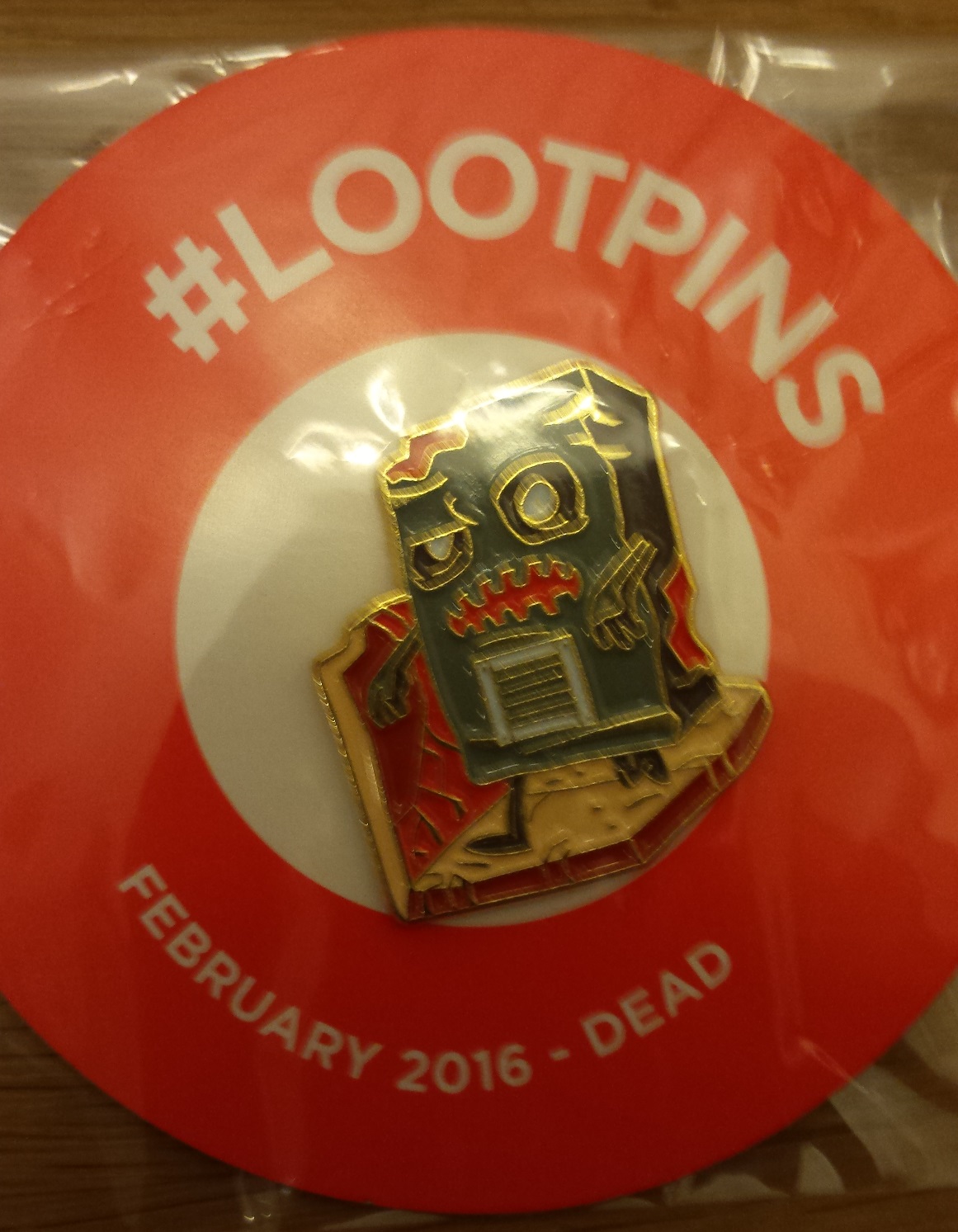 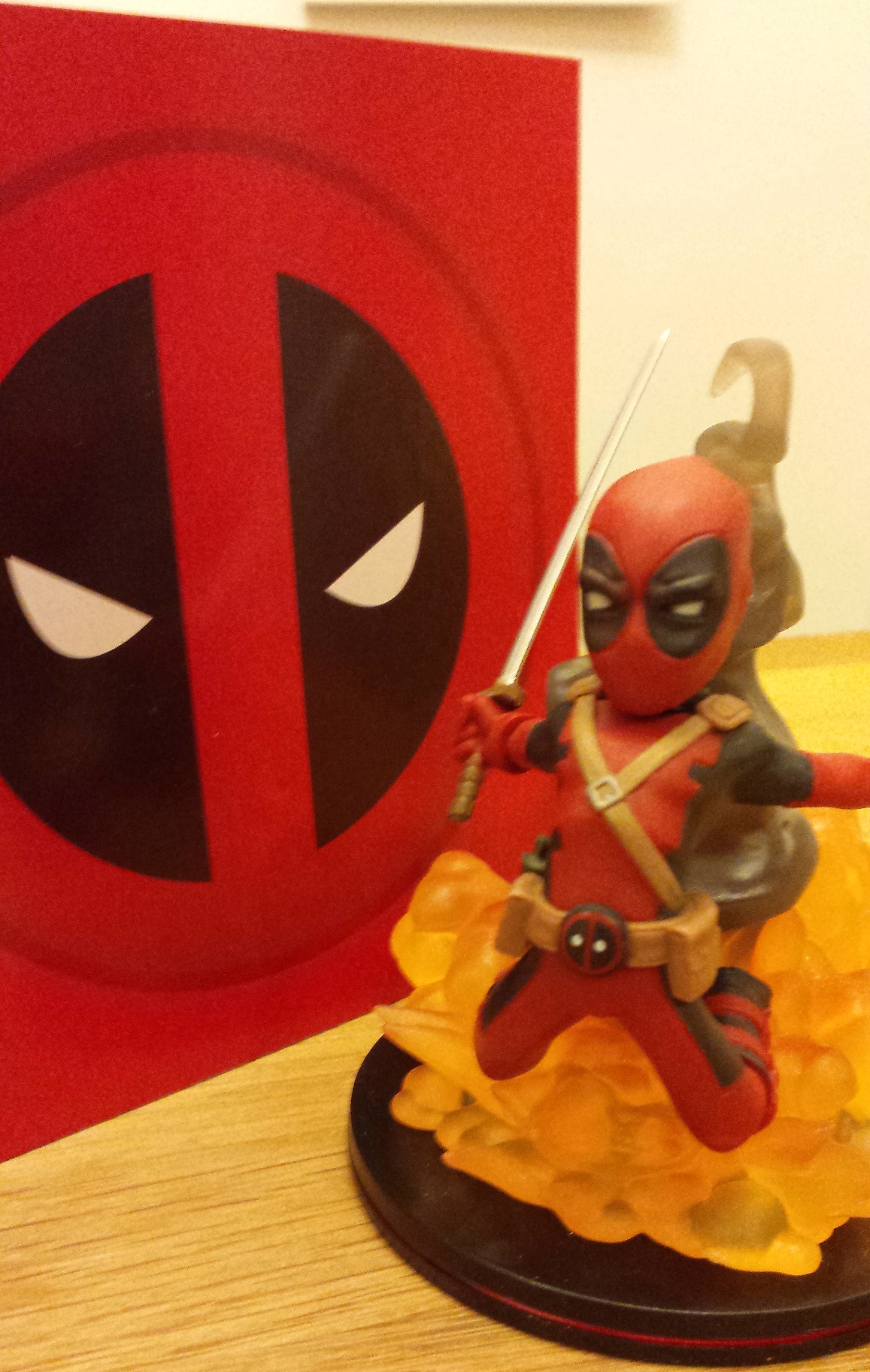 Just as Deadpool wooed us all in the theatres with his touching love story on Valentine’s Day so will this adorable and exclusive Deadpool Q-Fig figure from Quantum Mechanix. Some crate’s even had the rarer Deadpool X-Force variant. 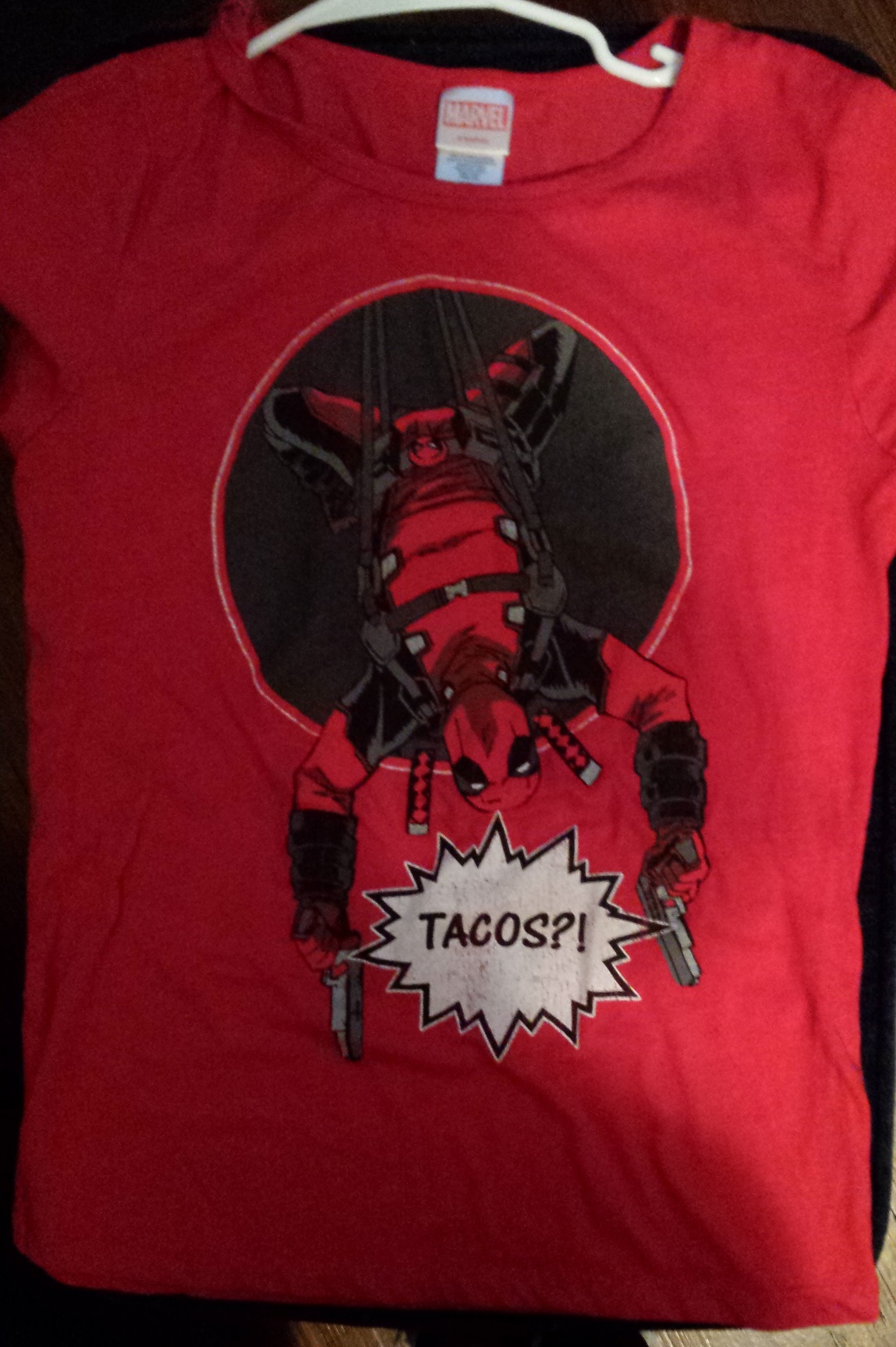 This month’s awesome and unique wearable is this exclusive Deadpool shirt from Fifth Sun. Why the Merc with a Mouth is facing down while screaming “Tacos” can be left up to your imagination…

Smell as Good as … Ears? 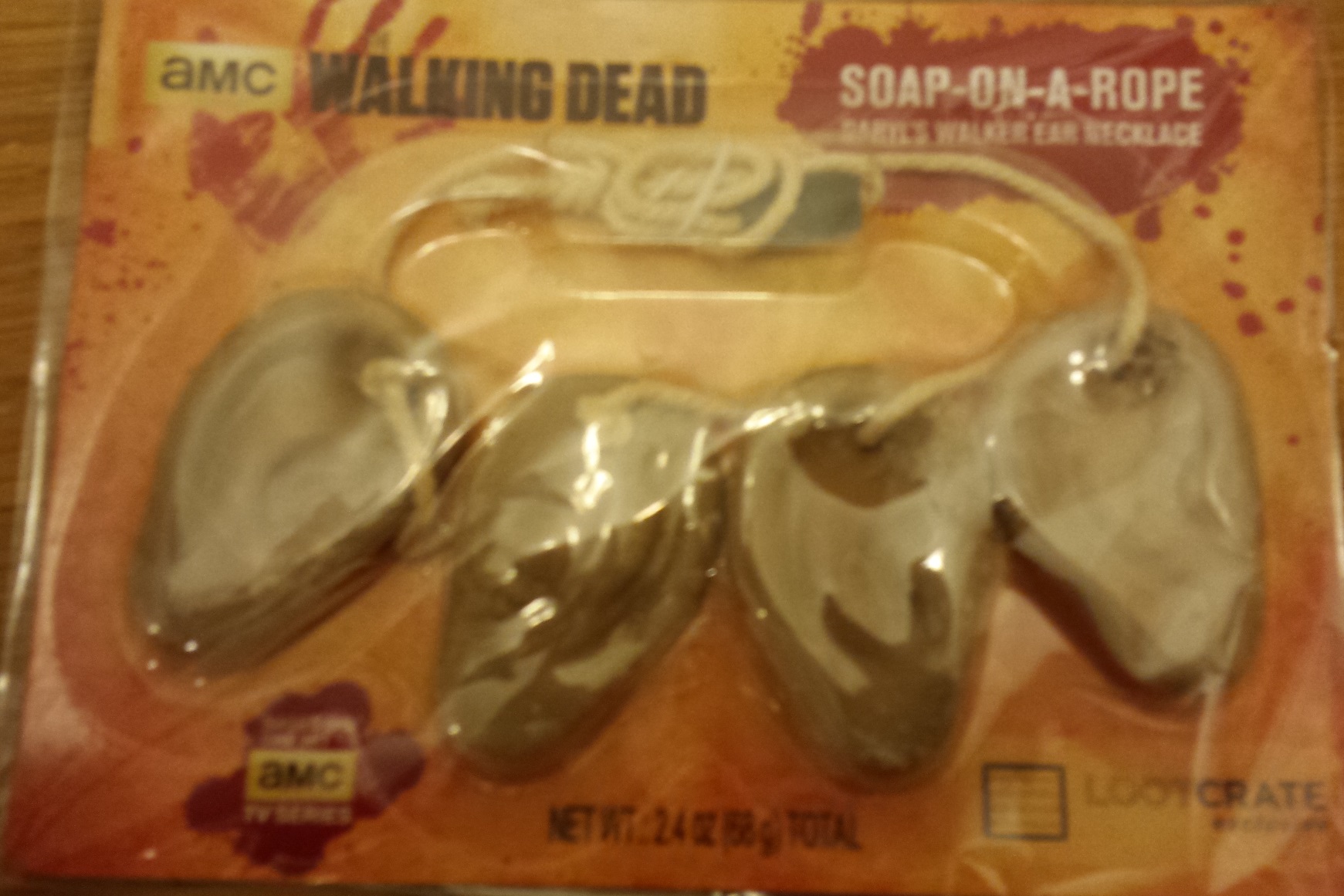 The Walking Dead  will recognize this from the Season 2 episode: “Chupacabra.” But while Daryl’s version was likely sticky, smelly, and gross; this version is just soap on a rope from A Crowded Coup! So you can smell fresh while grossing out your family during the apocalypse! 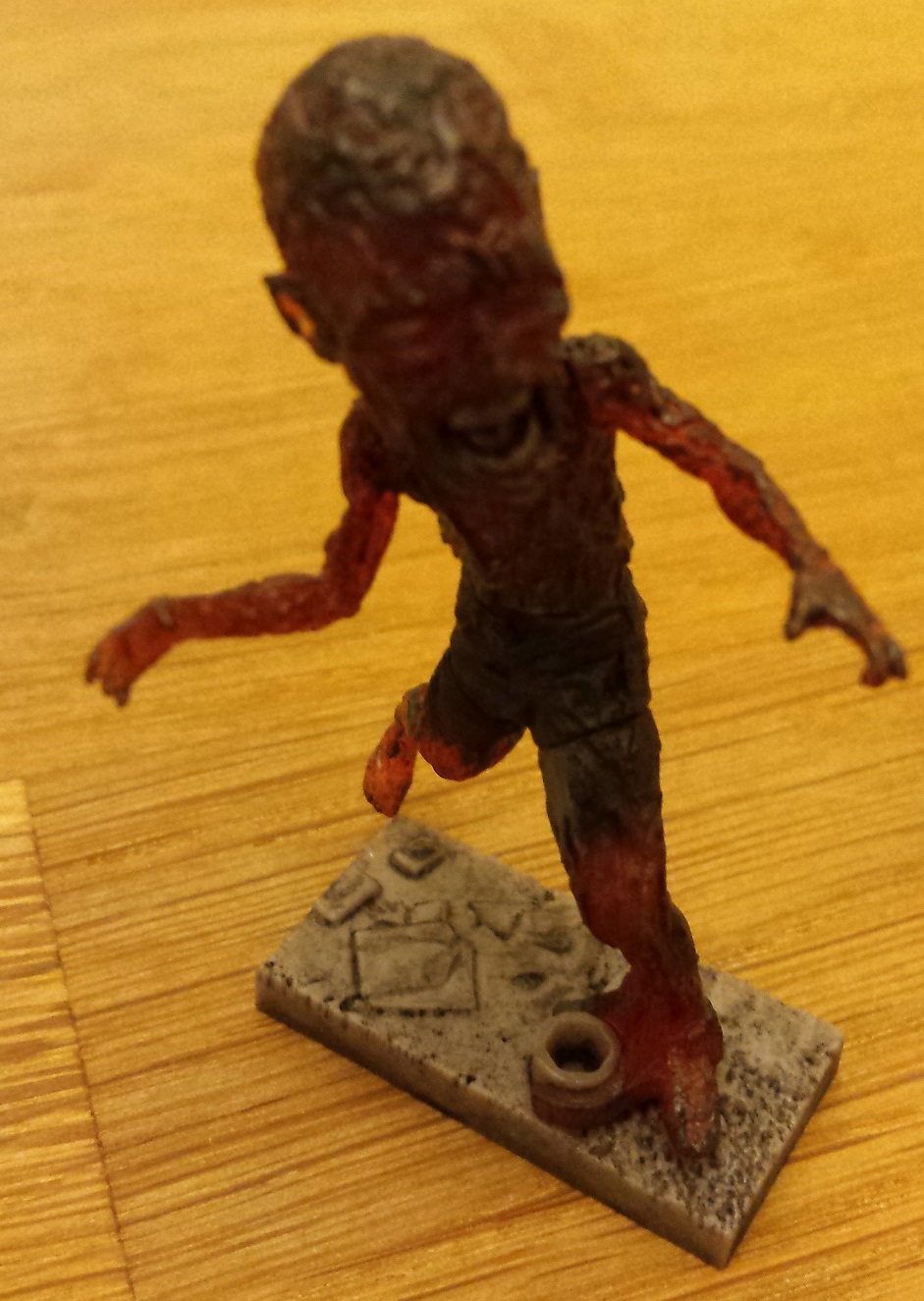 From McFarlane Toys, this month’s Crate included one of three different The Walking Dead Big Head Figure Construction figurines. I got the burned zombie, the other two figurines were Rick and Daryl.

Surviving to the End With a Little Help From Your Friends

Finally, this month’s secret loot was an exclusive DLC for The Walking Dead: Road to Survival mobile game based on Robert Kirkman’s graphic novels. With the pin, you can now download a free Carl Grimes from Scopely and play the new All Out War expansion.

And remember: you can sign up any time to receive your very own Loot Crate.