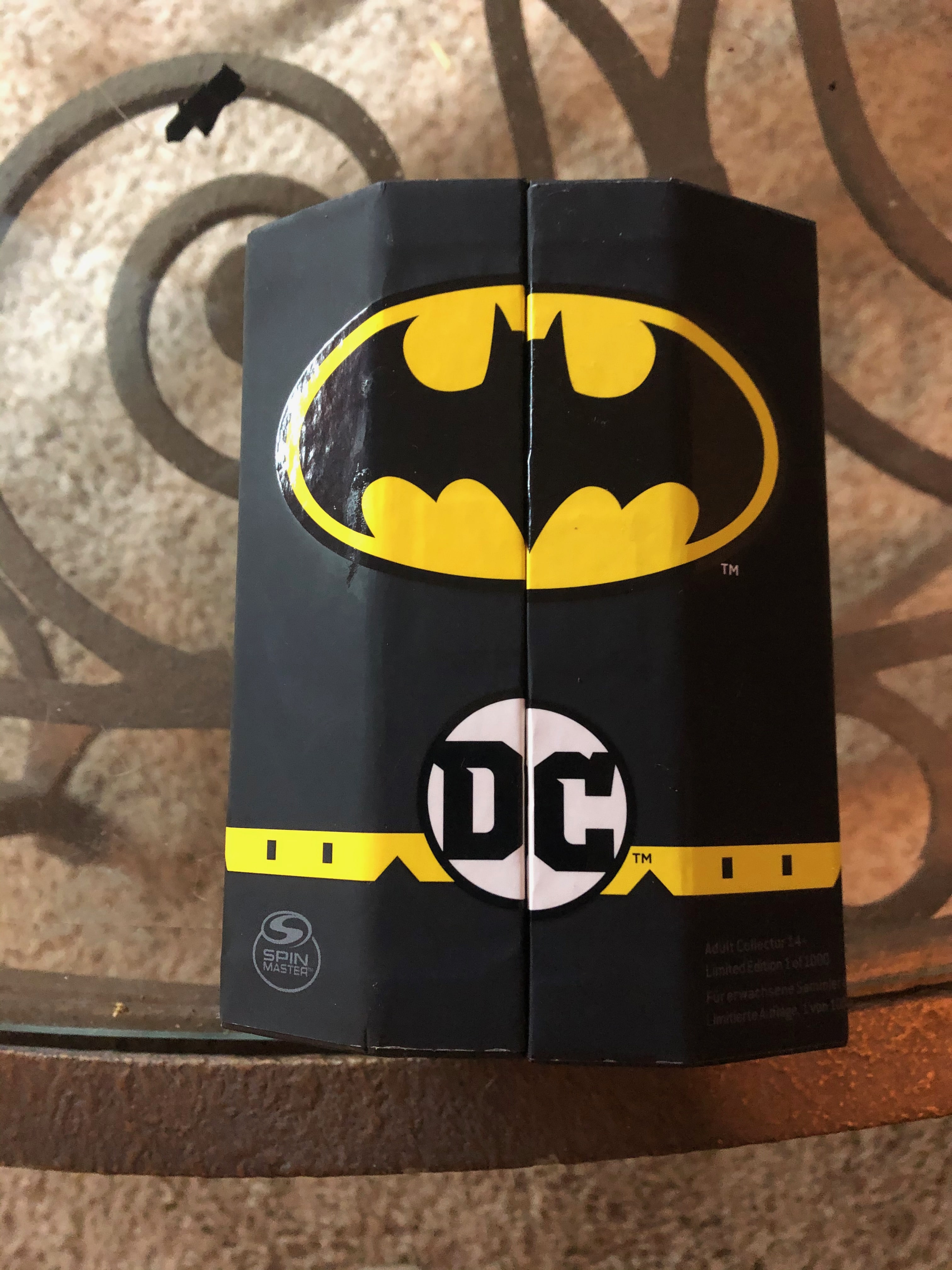 It’s no secret around here that I’m a huge Batman fan. If you’re a fan of the YouTube version of our show Geek Speak, you’ve seen the large glass case behind me that is full of Batman statues and swag. I also happen to have no less than 3 Batman related tattoos and all sorts of posters and artwork.

As I said, HUGE Batman fan.

So, when I heard that DC had partnered up with Spin Master to create a new “Batman Bat-Tech line,” I knew I had to get my hands on some. As luck would have it, being the head Geek around here has quite a few perks and Spin Master was nice enough to send me over a few to check out.

The new line has both 4 and 12-inch figures and they sent me three of the 4s – Batgirl, Joker (one of the hardest to find), and of course Batman. Of course there are several different version of Batman available and they have Robin, Nightwing, and The Riddler in addition to the ones I mentioned above.

Now, as a collector I have only opened the Batman (pics below) and both Joker and Batgirl include “surprise accessories,” so I have zero clue what they are. However, these 1st edition collectables look SWEET and the detail is awesome for such small figures. 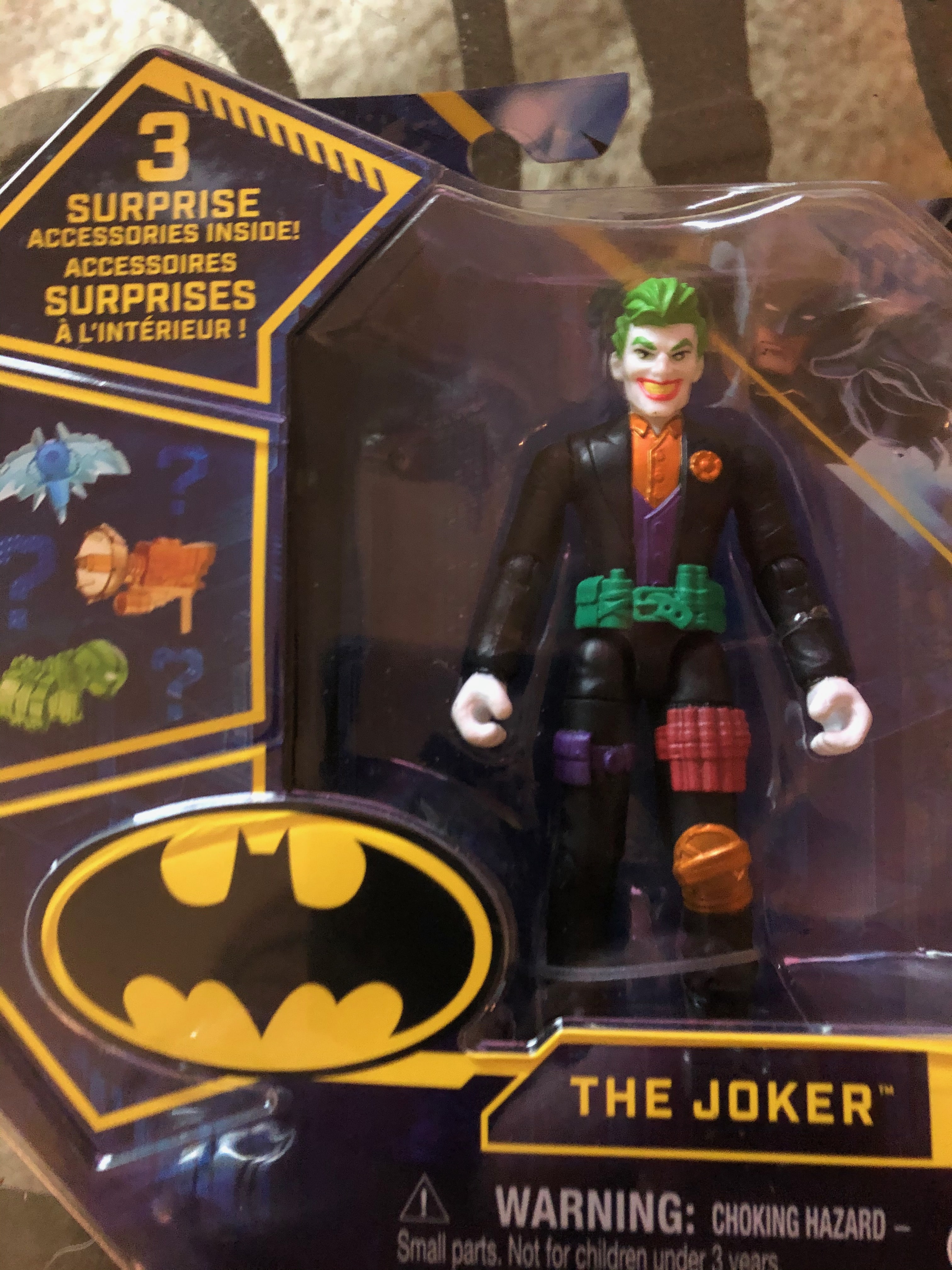 To me, it seems to almost be a cross between the animated series Joker and the original Cesar Romero version. The Batgirl is equally detailed and Barbara definitely looks inspired by the animated series version but no matter what, they both look fantastic and will be hanging on my studio wall after today.

As I said above, Spin Master is releasing three version of Batman, ‘Bat-Tech Batman,’ ‘Batman,’ and then a “Rare” version and I received the Bat-Tech Batman. 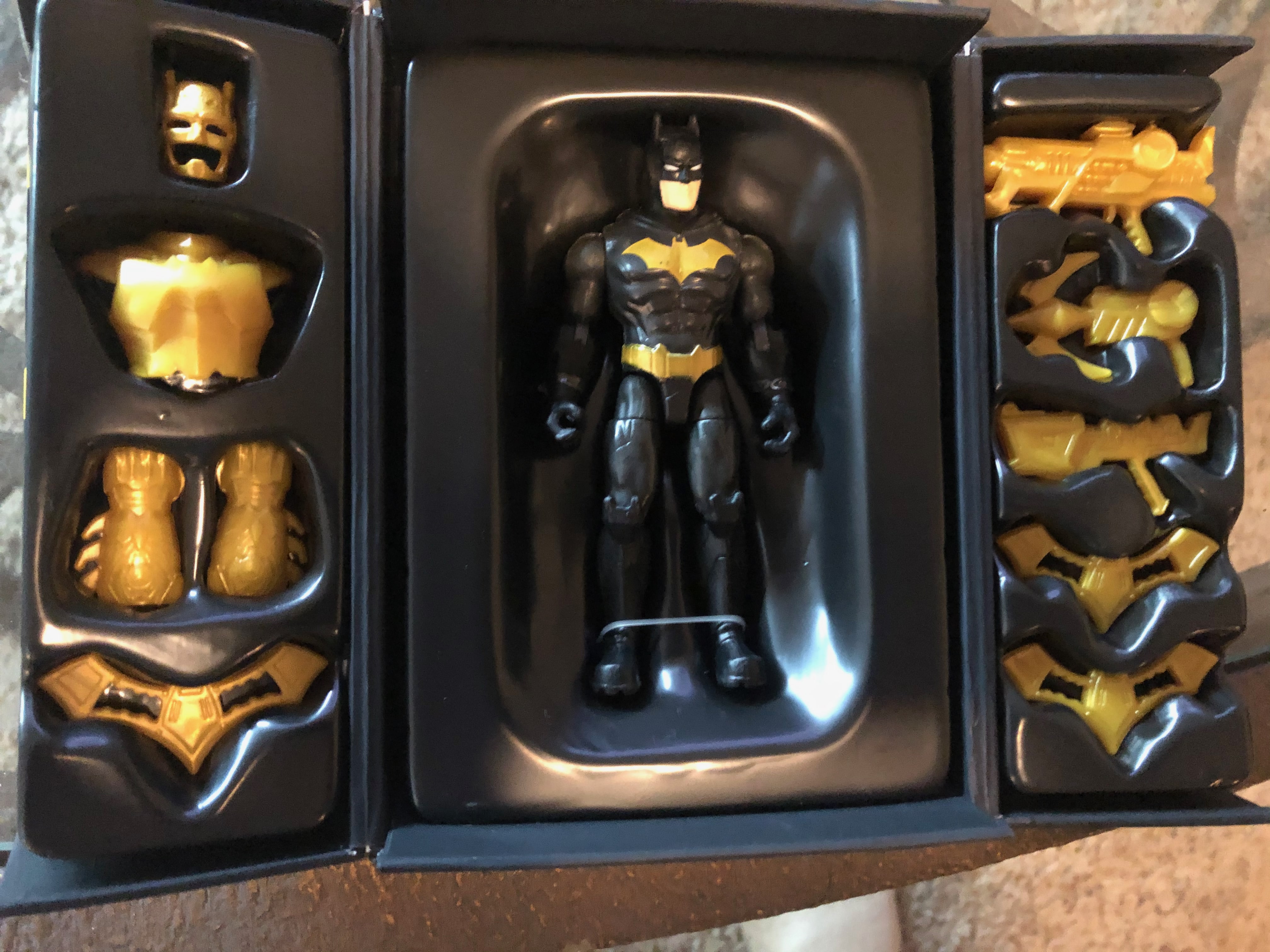 And since I had to open it to see it, I got to play with it a little bit. 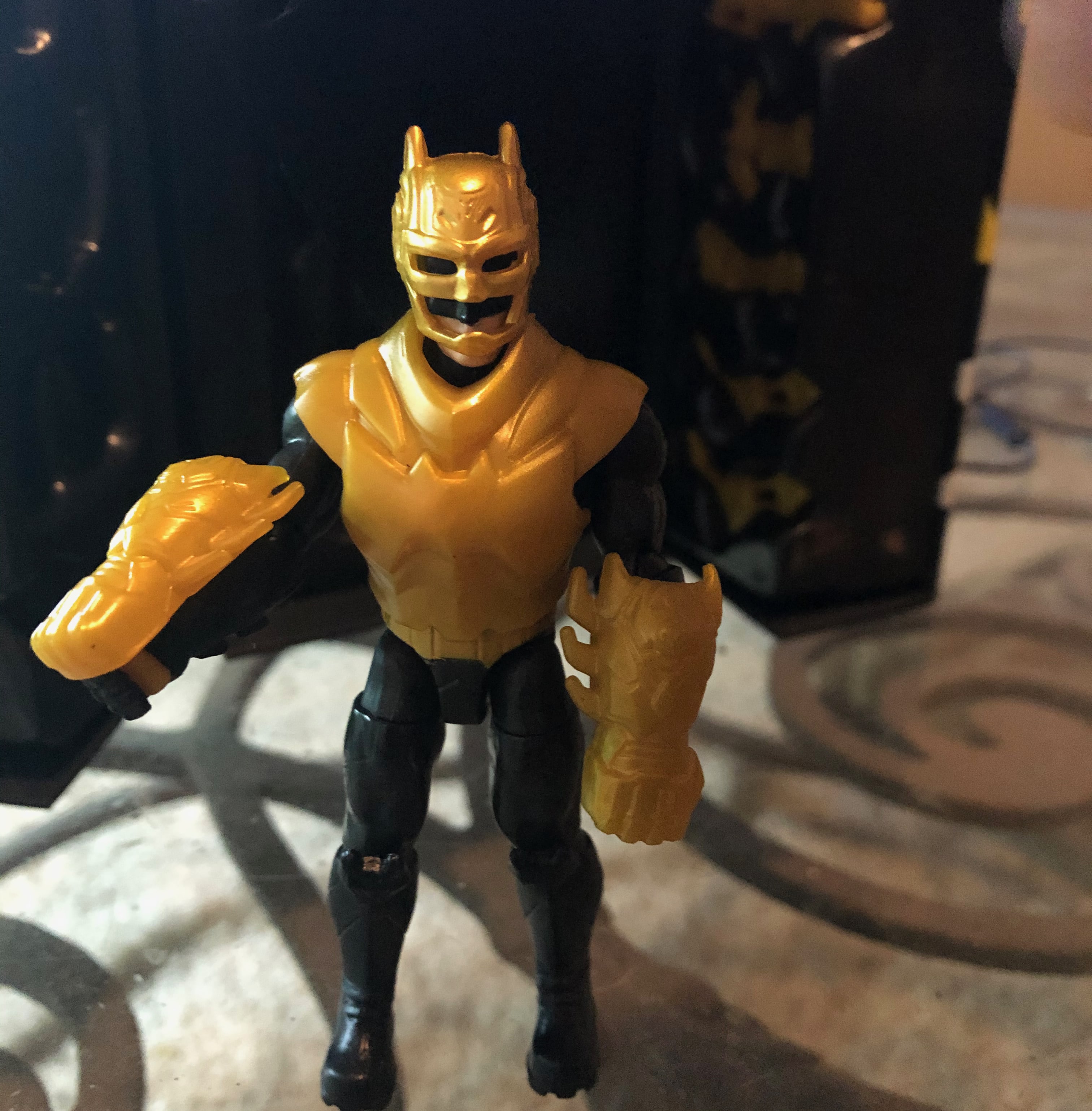 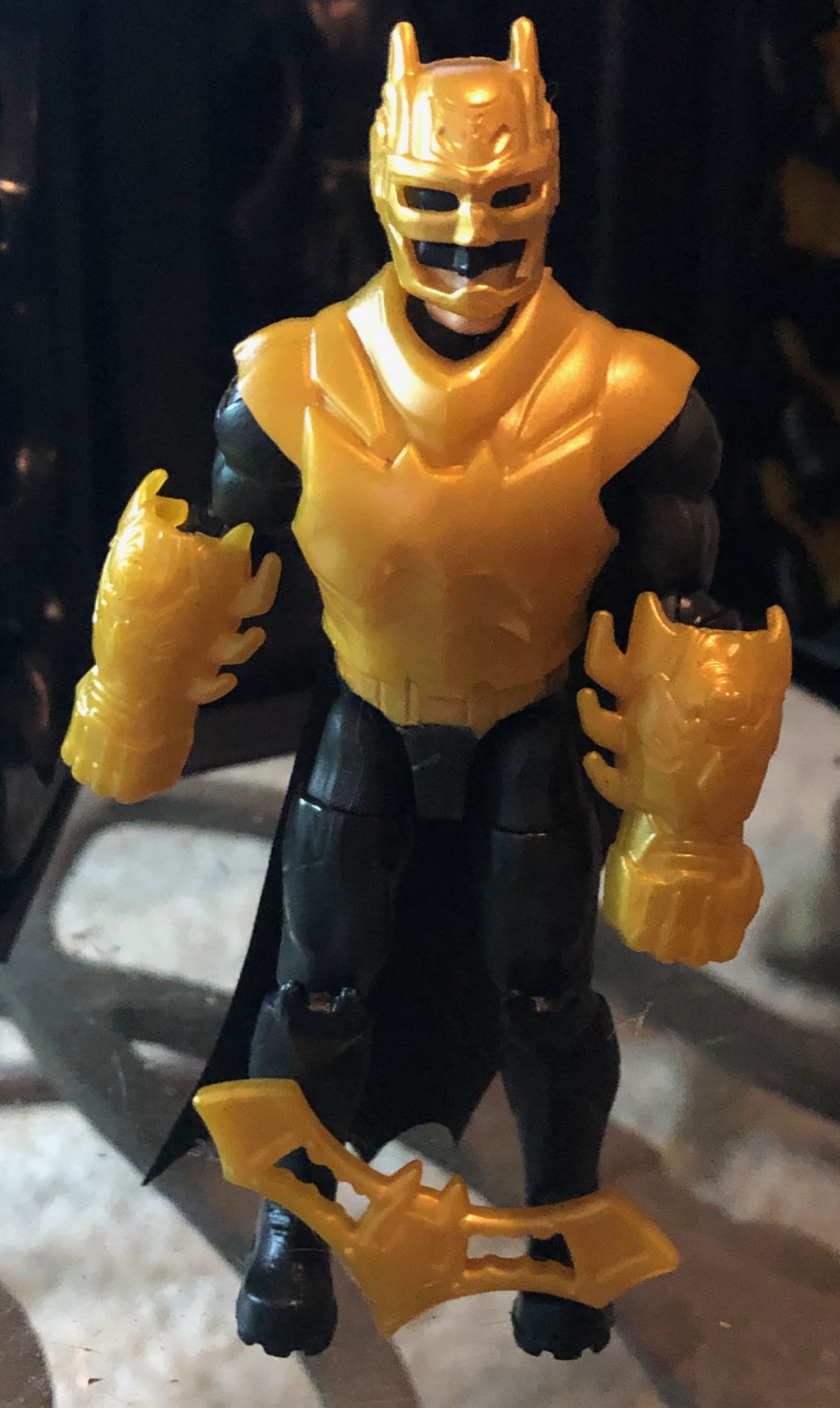 I do have to say that some of the “tech” was hard to get out of the package, mainly the gold gloves and batarangs, but a nail file got them out easily enough. Other than that, I have nothing negative to say about these collectables.

As they are fully licensed by DC, the quality is what you would expect and even if you don’t collect minis, these will look great on any shelf or hanging on the wall. And a cool thing is, with a few of them being rare and hard to find, collecting them all can be a lot of fun as well.

Get your Bat-Tech Batman line of collectable figures and remember, you got the inside scoop from Geek Insider.