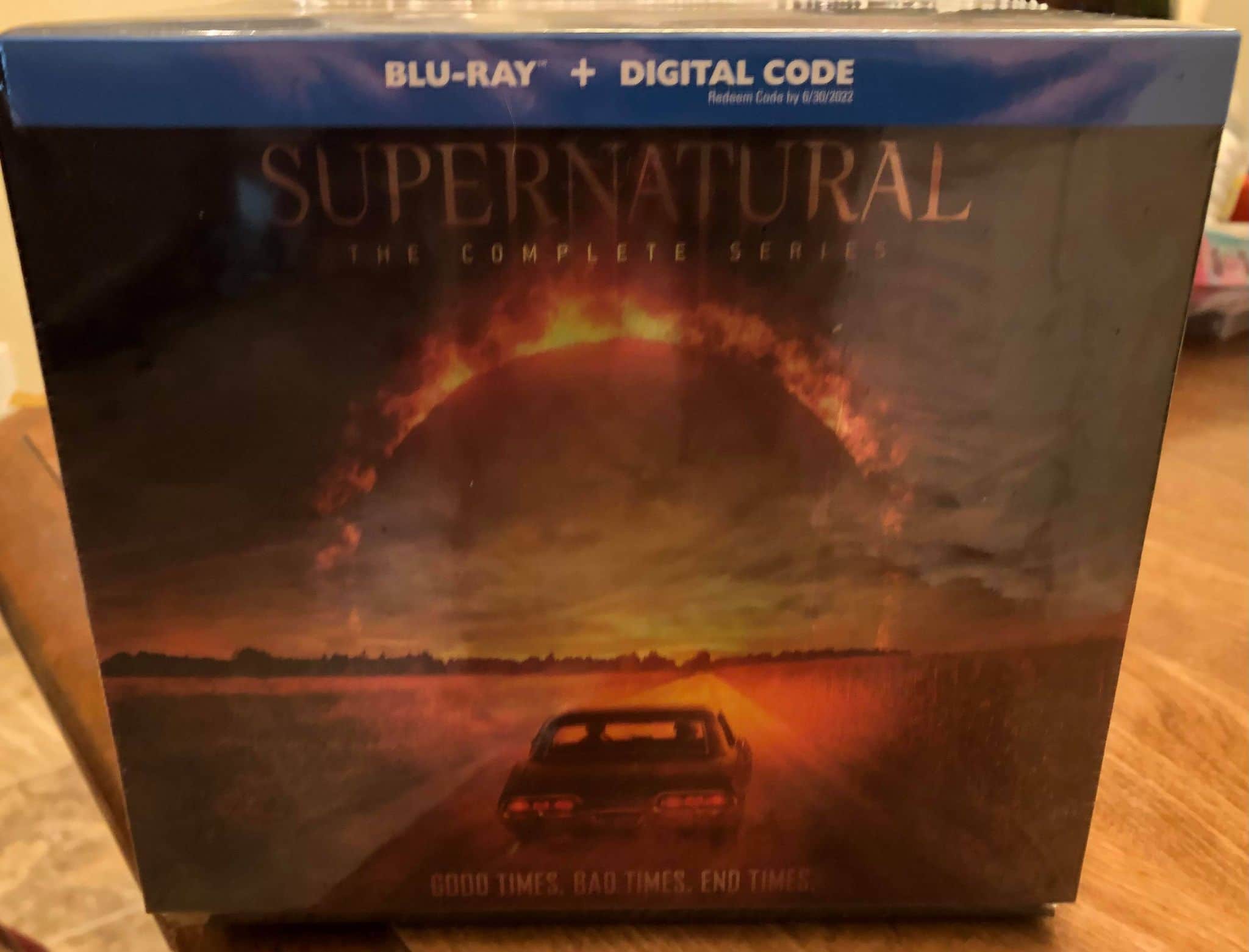 Okay, I know this will cost me a point or three on my Geek card, but I’ve never watched a single episode of Supernatural. I’ve always been slow to watch trendy shows but this time was a rather long wait even by my standards… 15 seasons?? Wow. And the funny thing is, it covers topics that are right up my alley.

Supernatural actually holds the title for longest-running genre series in U.S. television series and I really have no idea how I went so long without checking it out. Well, now I have a chance.

On May 25th the DVD and Blu-ray box sets of Supernatureal: The Fifteenth and Final Season will be available and it includes the ENTIRE 327 episodes. Not only that, there’s exclusive bonus content featuring two all new featurettes, deleted scenes, a gag reel, a 68-page collectible book, and more.

So… it arrived today and first off I have to point out the Valerie chocolates they included in this shipment. I have one HECK of a sweet tooth so I immediately opened the treats and was surprised with I saw the exclusive Supernatural branded pieces. 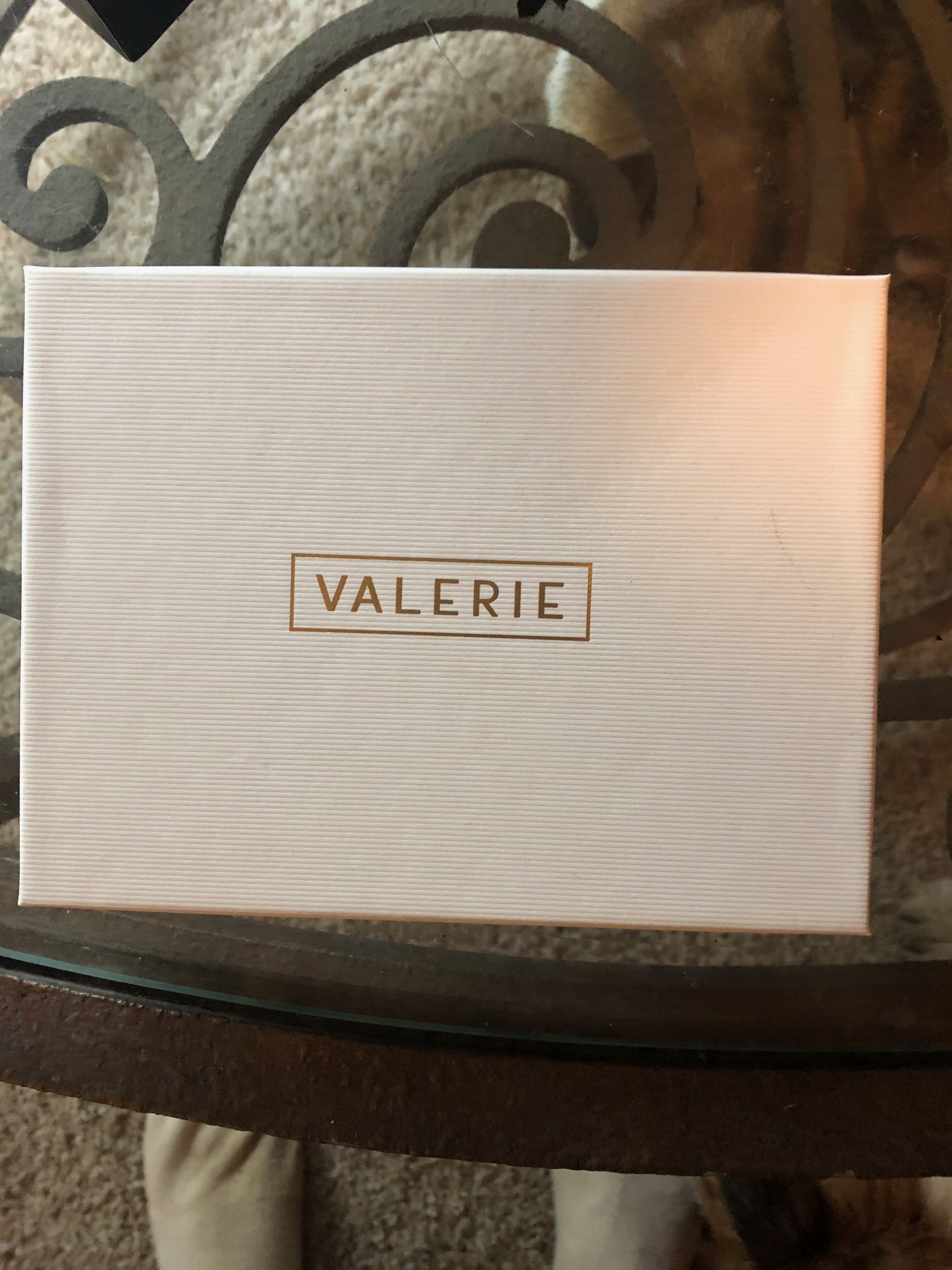 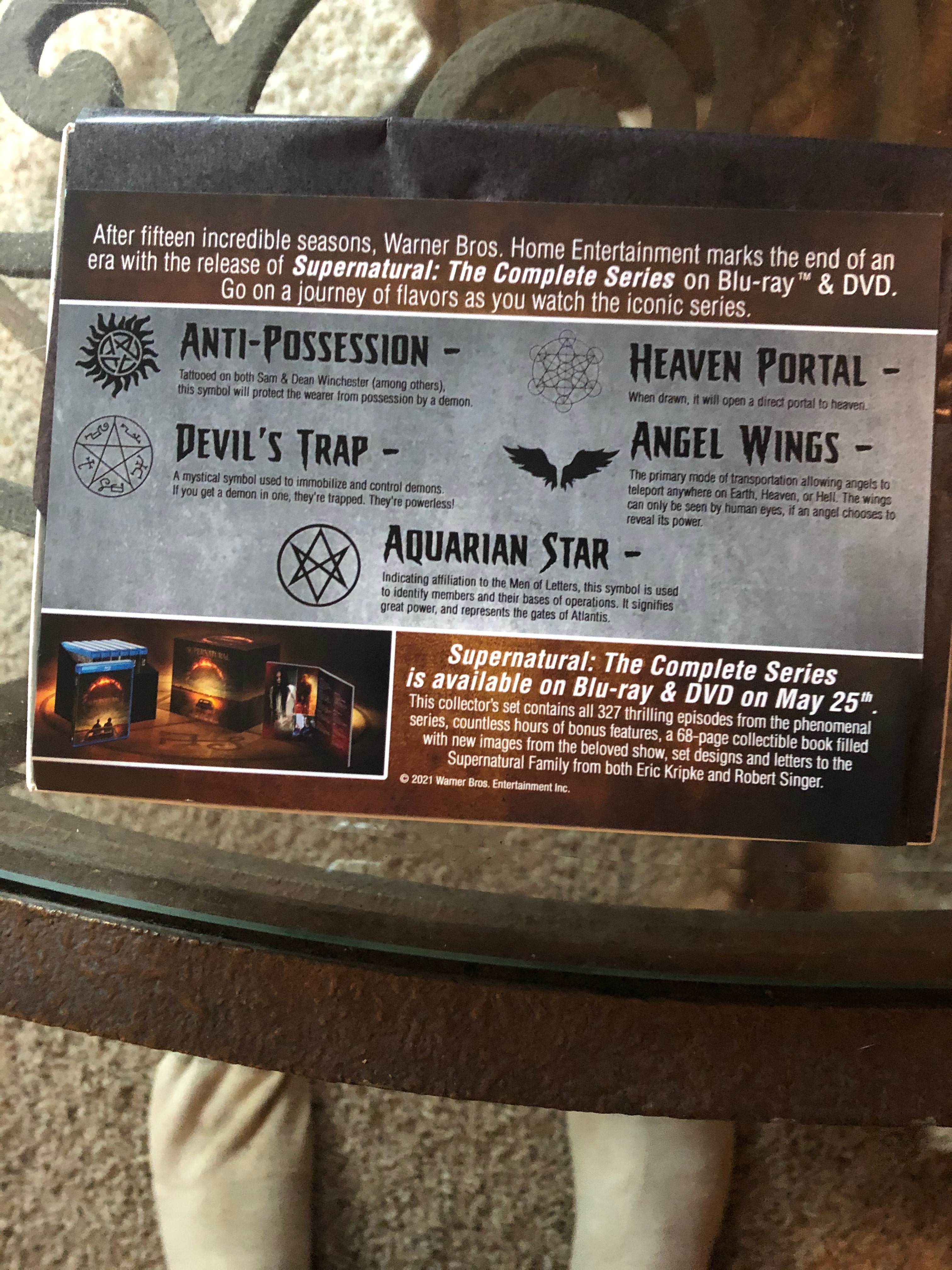 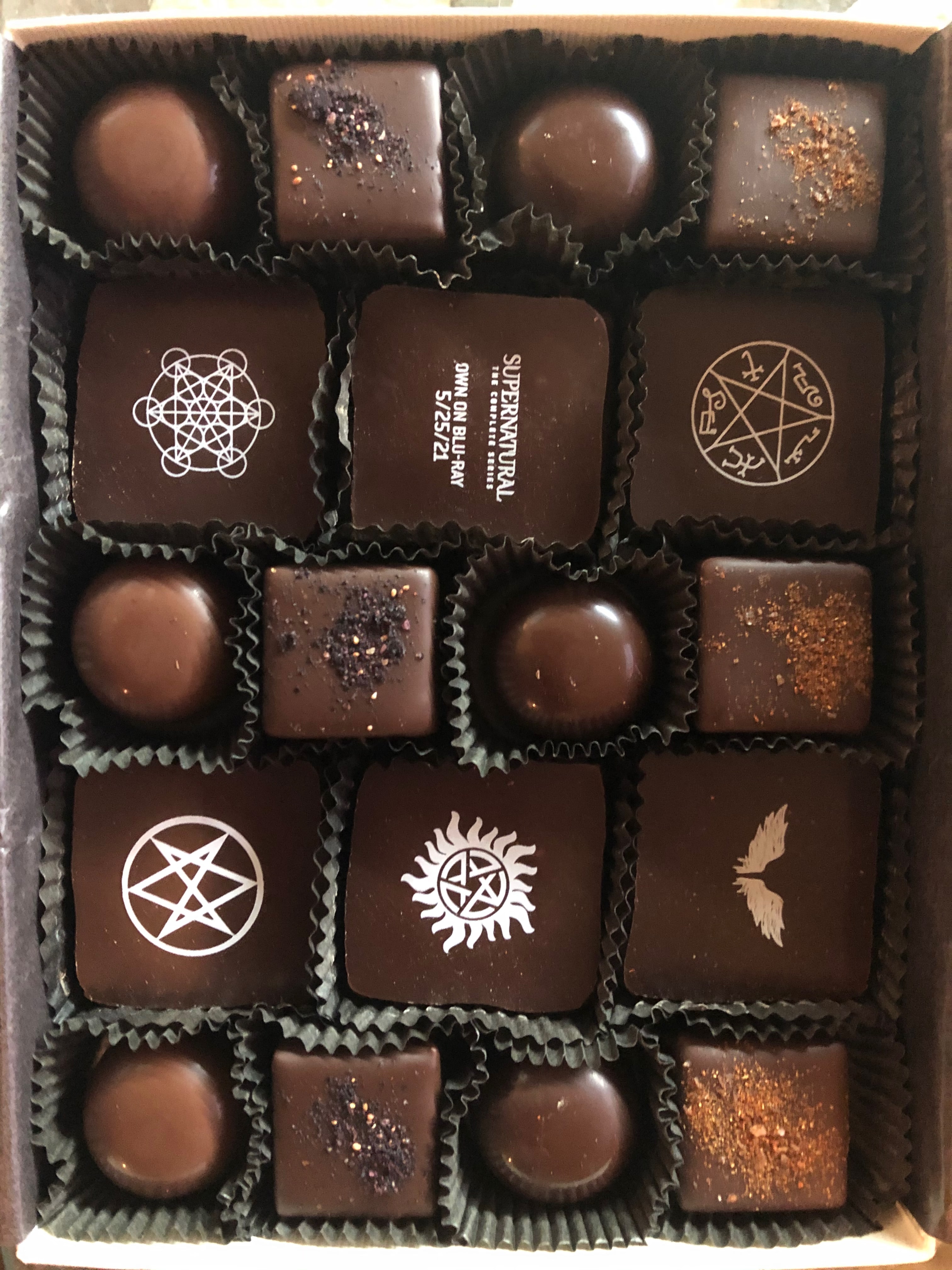 They look almost too cool to eat. Almost! Whats really cool is on the back of that card in the second photo they laid out what each chocolate is… removing the mystery and the tell-tale bitten pieces.

Anyway, back to the show. My brother and I talk almost every day and I told him this afternoon about my delivery and he immediately said, “You’re going to love it, Dude.” So, after 15-ish years, I popped in the first disc and before I knew it, I was 3 episodes in. Which didn’t do a THING to help me clear my to-do list for the day.

So yeah, I may be hooked.

I’m sure the majority of you have seen the show so I won’t go into recaps of the Winchester brothers facing vampires, ghosts, angels, and pagan gods, but here’s what you get with the complete series Blu-ray set:

In other words… this freakin thing is AWESOME.

I’ve purchased a few box sets in the past and was usually left feeling disappointed but I’m telling you, that’s not going to happen with Supernatural. The video is excellent, the audio is booming, and of course the storyline ROCKS.

If you’re like me and never seen an episode, this is definitely the way to go. If your a huge fan of the show, you’re definitely going to want to get your hands on this beauty. It’s a win-win.

So as of May 25th you can get your hands on the entire 15 season box set for $359.99 Blu-ray or $329.99 DVD wherever you buy your movies. Don’t miss this one Geeks and remember, you got the inside scoop from Geek Insider.