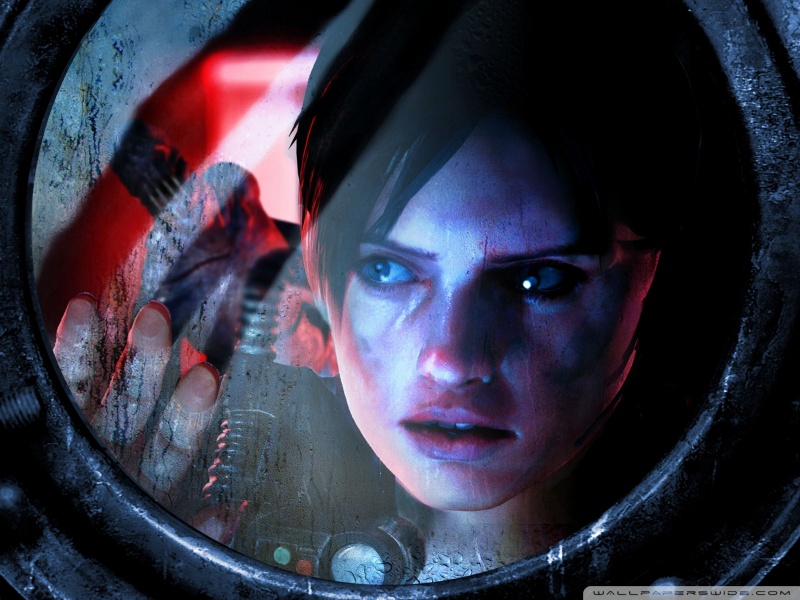 For some time now, the Resident Evil fan community has speculated on a sequel to the 2012’s Resident Evil: Revelations, a 3DS title that earned the franchise (which is simply called Biohazard in its native Japan) its highest ratings that year- even higher than those of major entry Resident Evil 6. In fact, so well-received was Revelations that franchise producer CAPCOM had it ported to the X-Box 360, Playstation 3, and Wii-U. 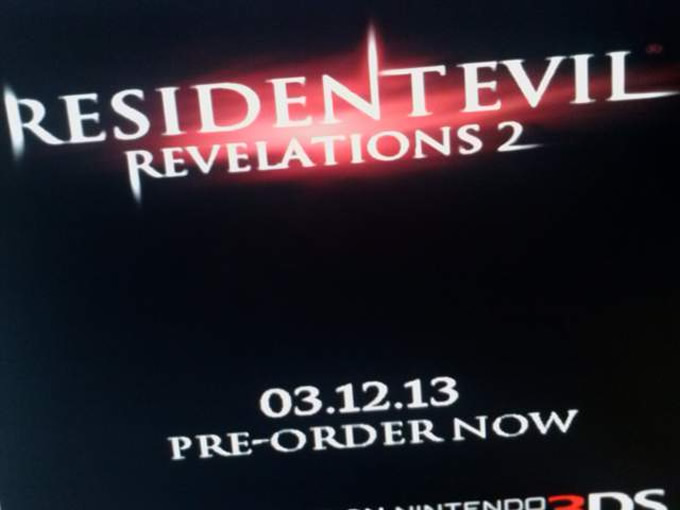 The speculation of a sequel to the game began some months ago, when a supposed snapshot of a poster display for it leaked on the internet. After several weeks of excited chatter, and no word from CAPCOM regarding the shot’s legitimacy, intrigue for the apparent project died as fans accepted that, most likely, the snapshot was just a ruse. The same thing happened again a few weeks ago when a screen capture of what appeared to be an abandoned prison block, along with the supposed front cover box art for Biohazard: Revelations 2, which features a monster’s eye glaring through a hole at viewers, also leaked and caused the same level of excitement and disappointment when CAMCOM again failed to comment on the images.

That is, until just a few days ago, when the game’s company finally confirmed production of Revelations 2 and released an accompanying teaser trailer.

The trailer focuses on a young girl, dressed in a nightgown and holding a teddy bear, as she runs through a crowd of people. At first, the people appear normal and sociable, chatting as though at a party of bar. Many are wearing glowing green wristbands. Then their faces take on a twisted, miserable look– the look of sickness and pain. The wristbands turn red. Soon, it becomes obvious that the people now around the girl are zombies. She stops adn points at one that has its arms stretched out to grab her. The shot cuts to the game’s apparent tag line, “EVIL IS WATCHING.” Following the tag line is the game’s logo– the same monster’s eye form the X-Box 360 box art leak– and the promise of an early 2015 release on the X-Box 360, X-Box ONE, Playstation 3, and Playstation 4. There is currently no word on whether or not the 3DS or Wii-U will see Revelations 2.

CAPCOM did leave fans with a word regarding the trailer itself: “Hidden secrets beckon to be discovered by anyone with eyes and wits sharp enough to find them.” Although it’s hard to discern the specific meaning of the girl pointing at the zombie, the wristbands, or the tag line, one clue is clear enough: a man sporting a t-shirt bearing the logo of TerraSave, the biohazard relief organization for which series star Chris Redfield’s younger sister Claire works, hints at the possibility of the female Redfield sibling making a comeback as the game’s main protagonist. A rumor that accompanied the poster shot leak several months ago also pegged her as the star of the game.

Thus far, no other information has been disclosed about the project, but one thing’s for sure, we’re hanging onto the edge of our seats, hungry for more.

J. K. Rowling Provides Backstory for the Character We All Loved to Hate

Get the Ultimate Virtual Makeover with ModiFace