J. K. Rowling Provides Backstory for the Character We All Loved to Hate 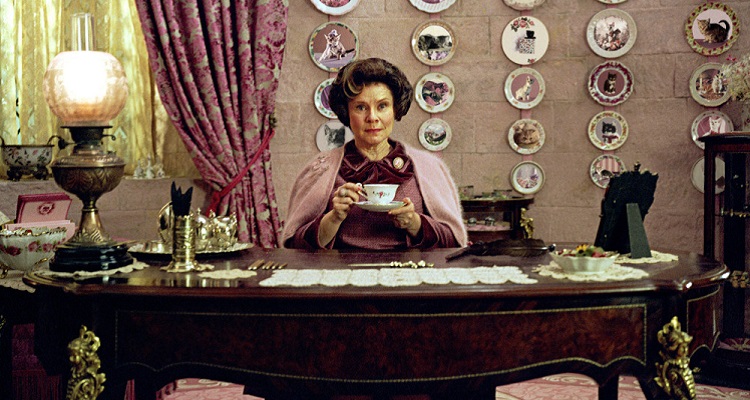 J. K. Rowling, apparently in a bid to erase our memory of her statement that she had finished writing stories in the Harry Potter universe, recently announced that she was going to release yet another story on Potterverse.

Breakdown of the News From Rowling

This story will be a prequel to the events in the Harry Potter book series, and provide backstory to one of the most controversial characters in the entire universe – Dolores Umbridge.

Everyone who has either read the books or seen the movies (so, approximately 99.9998 percent of the Western hemisphere) will know who Umbridge is – the little woman who looks like a toad, has a fondness for pink bows and cute kittens and sounds like your favourite elderly female relative until she opens her mouth and reveals the evil that lies within. In the movies she is played to perfection (aside from the whole looking-like-a-humanoid-toad thing) by the amazing and truly gifted actress Imelda Staunton.

Dolores Umbridge is a truly repulsive character – she has been described as the closest thing the Potter universe has to a Neo-Nazi, and also as a mix between Himmler and Goebbels because of her actions throughout the series.  When we see her at first, Umbridge is present at a court hearing held to prosecute Harry for performing underage magic, but she soon becomes a major player when she is inserted into the school by the Ministry to act as their spy. It is during this, her first appearance, that her inherent racism against magical creatures such as giants and centaurs is made plain.

Of course, her attitude towards centaurs leads to her being hauled into the Forbidden Forest by a herd of very angry centaurs at the climax of the Order of the Phoenix, but sadly that doesn’t do anything to her outlook save make her more prejudiced, since her next major appearance has her in a position of power in the Death Eater-run Ministry for Magic writing propaganda and anti-Werewolf legislation, and presiding over wizarding courts which appear to have the sole purpose of depriving witches and wizards who are not from pure-blood families.

The website The Mary Sue notes that Umbridge is the only character in the series (aside from Voldemort) who manages to permanently damage Harry on a physical level with her sadistic detention – he ends up with a set of pearly-white scars on the back of his hand that spell out ‘I must not tell lies’ – and this is perhaps a significant point; the only two people to hurt Harry are the only two irredeemably evil characters in the series (We’re leaving out Bellatrix Lestrange because she is more batshit insane than evil).

A prequel story focused on Umbridge will hopefully contain lots of different things aside from her upbringing and schooling; ideally it will address what caused her to become as prejudiced and close-minded as she is when we meet her in the series; what she did to move up the ladder into the influential position she holds when we meet her in the books and finally, where and how she developed that very particular method of clearing her throat.

If the Umbridge story is not just going to be a prequel but also, as some sources state, a way for J. K. Rowling to share some of her thoughts and reflections about the character, I personally hope that we get some insight into what actually happened in the forest before Dumbledore rescued Umbridge from the centaurs*, and also some insight into why Rowling decided to create such a character.

*Given my Classics background, I know that centaurs and women are generally not a good combination, but it would be nice to have some clarification.