Look, we know you’re gonna be sleeping off a full dose of tryptophan, and possibly even a touch of a hangover once Thanksgiving Day is behind you. And while we wholly encourage you to indulge fully in all your favorite feasting rituals on Turkey Day, we’d also encourage you to save a little energy for what comes the day after. No, I’m not talking about Black Friday. Well, not exactly. The tradition I’m actually talking about is the Black Friday edition of Record Store Day.

Don’t know what Record Store Day is? Short answer – it’s the indie record store community’s attempt to get music lovers back to buying physical copies of music … preferably in brick and mortar shops. If you’re looking for the full story – click here for the down and dirty details. Record Store Day is the perfect opportunity for you to shop locally and support your community – not to mention an outstanding chance to lay your hands on some seriously choice wax. 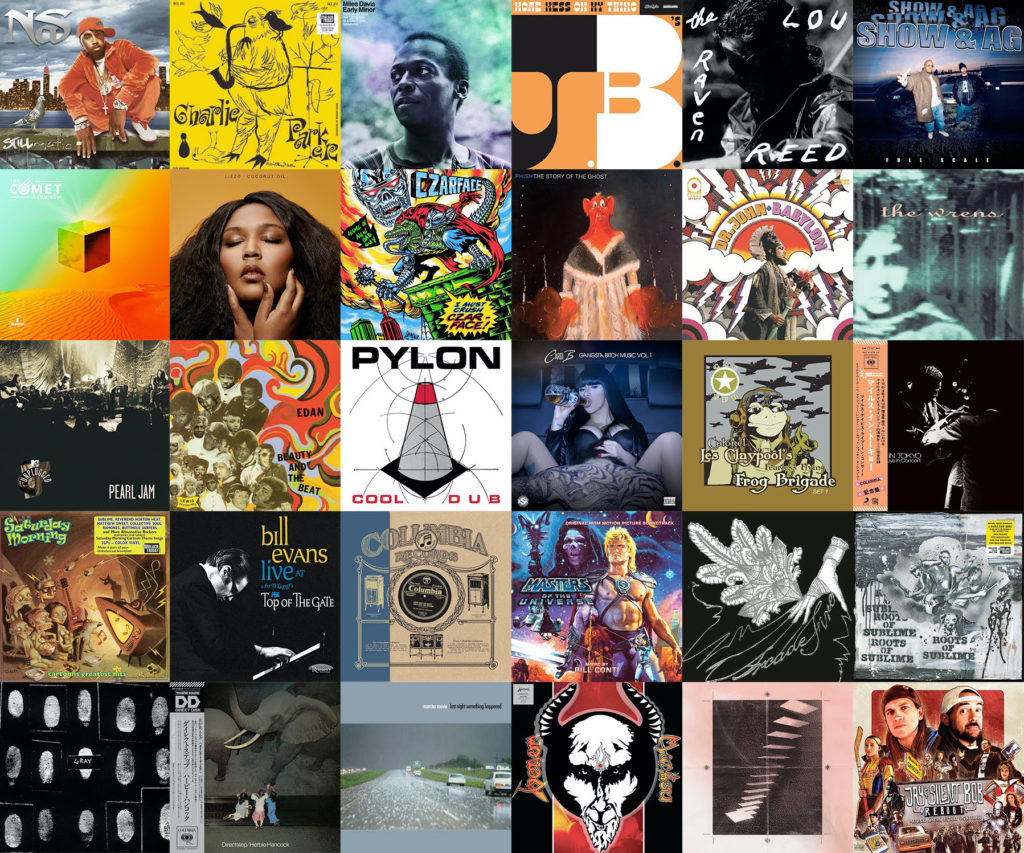 Now that you’re up to speed, let’s have a look at some of the sexier releases that’ll be hitting bins this Friday. But take note: these releases are all limited pressings. You’ll be lucky to find more than a couple of these at your favorite store this week. So if there’s a title you’re absolutely dying to add to your collection, do not sleep in. Be at that shop the second they open and thank me later.

Here’s a few records that should be on your radar:

Though his work with Minnesota-based indie rock icons The Replacements is held in the highest of regards among music lovers young and old, Paul Westerberg’s solo releases have generally been a bit hit or miss. First released in 2002, Westerberg’s double LP Mono/Stereo is no doubt among the hits. Collecting 23 songs over what’s essentially two separate albums — Stereo featuring Westerberg and Mono featuring Westerberg performing as his alter-ego Grandpaboy — Mono/Stereo sees the artist in top form, delivering a pitch-perfect mix of songs featuring his signature blend of crunchy pop, bluesy twang, and unabashedly romantic rockers. Shockingly, this is the first ever pressing of Mono/Stereo, and if you count yourself a fan of Westerberg’s singular song craft, this is an absolute must own. 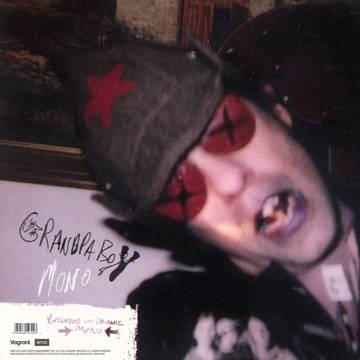 In the history of blues music, there are few artists quite as revered as Mr. John Lee Hooker. Over the course of his decades-long career, that reverie (earned in no small part due to his repotting as an electrifying live performer)  eventually land the man the title of the “King of the Boogie.” Though he passed on from this mortal realm nearly 20 years ago, Hooker’s rep as a bluesman of the first order continues to hold true.

If you want to find out what all the fuss is about, this collectors edition live set — recorded at the legendary Rising Sun Jazz Club in 1977 — is as sound a starting place as you’ll find, with the “King” and his backing band ripping through bluesy classics like “Chicken and Gravy,” “Servs Me Right To Suffer,” and “Rock Steady.” 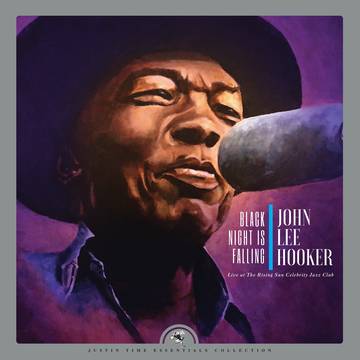 Ok, these are technically two separate albums that you’ll have to shell out separately for, but if you fancy yourself fan of The Wachowski’s groundbreaking Matrix trilogy, you’re probably also a pretty big fan off the music that fueled the bananas sci-fi action within. The soundtrack to the trilogy opening The Matrix got the royal vinyl treatment a couple of years back, and now it’s time for its less heralded followups to get their moment in the reissue sun. And I can all but guarantee you’ll find the first time vinyl pressings of both The Matrix Reloaded (green) and The Matrix Revolutions (Coke bottle green) worthy of spot in your collection — if only ’cause the hard rockers and techno jams contained therein will no doubt take you back to a very specific time and place in movie history. 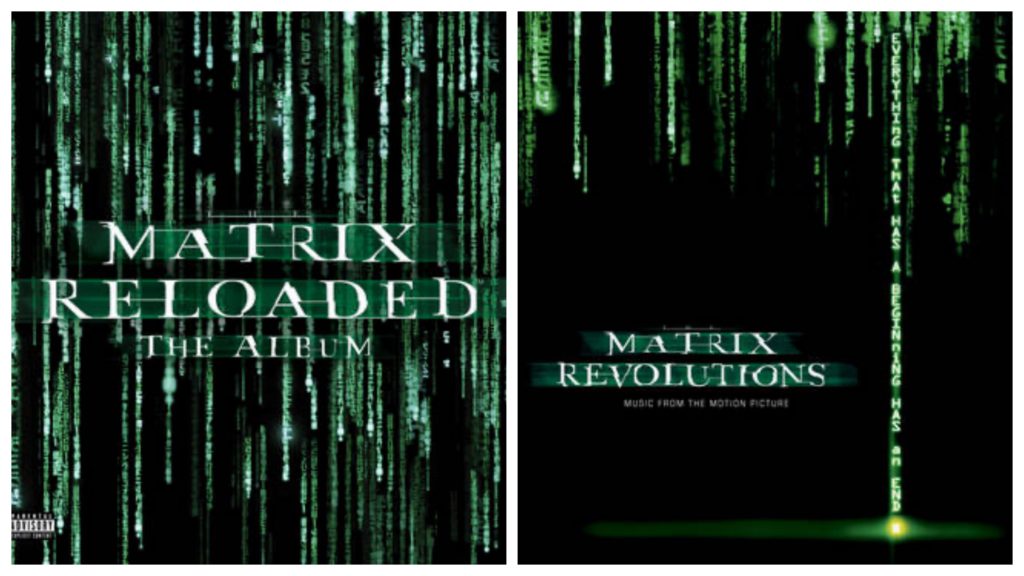 If you’re looking to get fully funkdafied this Record Store Day, then look no further than Now-Again Record’s long-awaited reissue of More Mess on My Thing by The J.B.’s. Even if you don’t know who the hell that is, you’ve almost certainly heard the band drop a jam or two over the years as the backing group for funk icon James Brown. Fronted by future Parliament Funkadelic freak Bootsy Collins, More Mess on My Thing was actually the demo that Collins and Co. recorded for Brown in 1969 in hopes of becoming his band.

It worked, and, quite frankly, if More Mess on My Thing was good enough for the so-called “Godfather of Soul,” you’d better damn well believe its good enough for your collection. As it happens, this pressing of More Mess was also mixed by the one and only Mario Caldato, you might better know as Mario C. (aka the man behind the mixing board for several Beastie Boys classics). 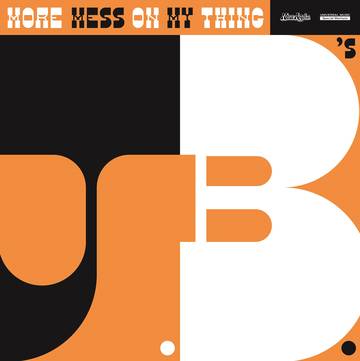 Like much of the work by the famed author who inspired it, we’re pretty confident that Amazon’s Philip K. Dick-centric anthology series Electric Dreams will one day be seen for the groundbreaking sci-fi series it was. Unfortunately, the world mostly slept on Electric Dreams when it hit the Amazon streaming platform. When we all finally get it together and start appreciating the series for what it is, we should also be sure to not just how breathtakingly beautiful the original music is throughout the show’s 10 episode run.

Featuring propuslsive, ethereal works from renowned composers like Bear McCreary (Game of Thrones, The Walking Dead), Olafur Arnalds (Broadchurch), and Cristobal Tapia de Veer (Black Mirror, The Girl With All The Gifts), the soundtrack to Electric Dreams is certain to cast a lasting spell on even those who haven’t actually watched the show. But for Pete’s sake, if you’re one of them, please go watch Electric Dreams. 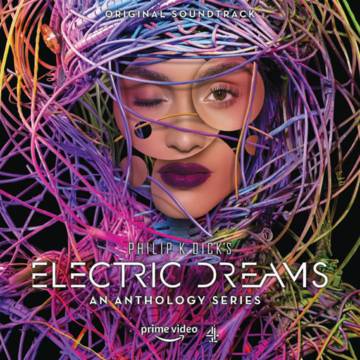 In “how the hell has that album never been pressed on vinyl?” news, fans of legendary alt-rockers Pearl Jam will no doubt be over the moon to learn the group’s brilliant MTV Unplugged set is finally getting the vinyl treatment. Recorded in March of 1992, this acoustic set finds the band just days off the road from their first ever North American tour — a tour that was, of course, supporting the release of their now iconic debut album Ten.

Less a full album than an EP, Pearl Jam’s MTV Unplugged session finds the band playing marvelously stripped back versions of six songs from Ten, with breakout hits “Alive,” “Black,” and “Evenflow” among them. That being said, hardcore fans of the band will likely be more concerned with getting their ears on the band’s blistering version of “Porch,” and the fan favorite track from the Singles soundtrack, “State of Love and Trust.” 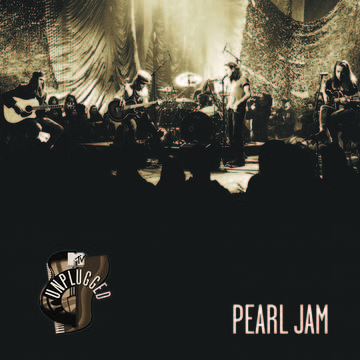 With their sub-crunchy, post-punk tendencies, Broncho have spent the better part of to 2010s essentially soundtracking the neo-80s teen drama the world never knew it needed. In 2018, the band produced one of their strongest albums yet in Bad Behavior. Sadly, most of the music world ignored the album upon release, with only their steadfast fans lapping up the album’s moody grooves and hearty hooks. If you count yourself among them, you’ll want to pick up a copy of Broncho’s Bad EP come Friday.

The release — pressed on red splatter wax collects five killer remixes of Bad Behavior’s best tracks from indie stalwarts  Computer Magic, Yeasayer, Generationals, Of Montreal, and Methyl Ethyl, and we can guarantee you’ll want to hear what those groups bring to sonic realm of Broncho-land. 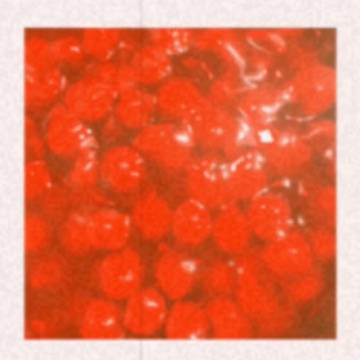 While there are untold treasures on the way to record store shelves for the smaller-scaled version of RSD 2019, part of what makes the Black Friday event such fun is the inclusion of exciting, holiday themed records. And if you’re on the hunt for a holiday record that’s a little bit out of the ordinary, then this first ever pressing of Squirrel Nut Zippers’ jazz classic Christmas Caravan is the record you’re looking for.

Recorded in 1998, Christmas Caravan was recored just a couple of years after Squirrel Nut Zippers’ unexpected breakout Hot and delivers just as much energy and originality as that breakthrough. Funny, sweet, and swingin’ in ways you can’t quite grasp until you hear it, Christmas Caravan found Squirrel Nut Zippers at the height of their creative power, and delivering a wholly original holiday confection that really deserves to be re-discovered. 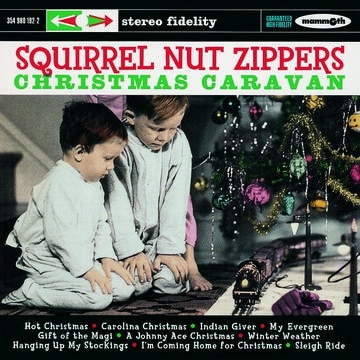 Yes, holiday albums are a blast, and they help make Record Store Day’s Black Friday event something special, but so do all the little unheard of gems that hit the bins along side them. Even if you’ve already got a lengthy list of coveted albums you’re planning to pick up, we’d still encourage you to take a chance and drop some coin on one of those weird little record you’ve never even heard of. And by my account, there’s not likely to be a weirder album hitting shelves this Black Friday than File #733 U.F.O. – Further Investigation.

Released as a double LP, File #733 is a true two-parter, with the first disc being a spoken word record collecting a series of interviews with survivors of alien abductions, and the second being a collection of drone-heavy psych from modern indie stalwarts like Kikagaku Moyo, Heron Oblivion, and Holy Mountain. I’ve not a single clue what to make of this release, but it should be a wild experience — especially if you happen to have two turntables on hand. 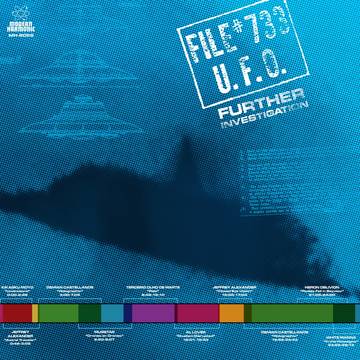 If you’re one of the few who follow my obsessive, vinyl-centric pop musings here on Geek Insider, you already know that I’ve got a particular penchant for the shoegaze genre. But you probably also know that I’m fairly particular about my shoegaze indulgences. With that, I’ll simply offer that Monster Movie is a pseudo-shoegaze band wholly worth indulging in, and their vividly realized debut Last Night Something Happened is probably the great, unheralded shoegaze release of the modern age.

It’s also been out of press since its initial 500 copy release back in 2002. If you missed out on grabbing your own copy back then, this remastered, 180g edition will more than makeup for your inability to cop an O.G. pressing. It’ll also come with a slick new 7” featuring tracks from the Monster Movie EP that preceded Last Night Something Happened. 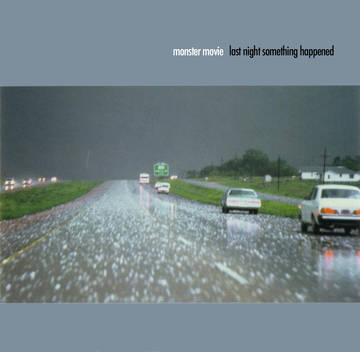 Trust me, there’s more. I didn’t even mention that Jeff Buckley Live at KCRW release, or that 25th anniversary reissue of The Wren‘s debut album Silver. But hey, part of the fun of going to record stores is maybe discovering some little band or some silly song that might just change your life. And you might just discover something new in the full list of the year’s releases (available in this handy PDF). If you wanna find the closest participating record store, just click here.