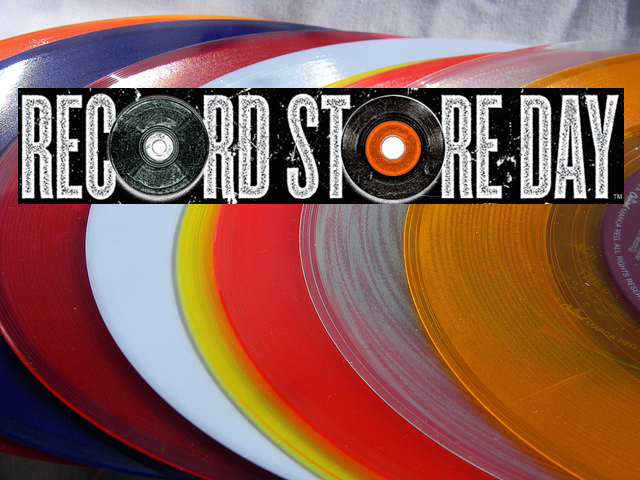 Vinyl junkies get ready to do your happy dance ’cause Record Store Day 2015 is just around the corner.  Saturday, April 18 is the big day so make sure you clear your schedules as this year’s RSD is going to be bigger than ever before.

Still Spinning After All These Years

First conceived back in 2007, Record Store Day was initially viewed as a way to draw customers back to the thousands of independent record shops throughout the world, many of whom were struggling to keep pace with consumers in the digital age.  The idea was simple, take online retailers and big-chain stores out of the equation and market rare and limited vinyl pressings directly to indy “brick-and-mortar” shops around the globe.

Record Store Day officially launched in April 2008 at Rasputin Records in San Francisco.  None other than Metallica kicked things off with an in-store performance.  The day itself was really the beginning of the vinyl resurgence that has shifted the market ever-so-slightly away from digital music and back to people buying physical copies (often with a digital version included). Record Store Day has grown to national holiday status in recent years for a certain portion of the population.  What began as a clever marketing campaign has ballooned into full-blown celebration of the culture behind record stores, the people who own them, the people who frequent them, and the impact they have on their communities.  With many stores scheduling cook-outs, live performances, body painting, and artist meet-and-greets, Record Store Day has become less about commerce in recent years and more about hanging out with the characters who are making and/or breaking your local music scene.

Have no fear, though, RSD is still all about the vinyl, and there are hundreds of rare and limited releases coming to your local record store this week.  Set your alarm and get there early as most of these releases will not be on the shelf for very long.

The Rare and The Where

This year, Record Store Day is bringing hundreds of rare and limited releases from a wide range of artists.  With everything from Charlie Parker to Happy Mondays to choose from, you may not quite know where to start.  Prioritizing is key, and to make that a little easier, the folks at Record Store Day have broken their releases into 3 separate categories.

So, with that information in hand, here’s a link to the RSD page with the full listing (as there are way too many to list here) – https://recordstoreday.com/SpecialReleases.  Also available is a handy, downloadable PDF of every single release coming your way on the 18th if you want to print it out and take it with you to the store (but really, don’t be that guy).

You can also find a full list of participating Record Store Day shops via the RSD site through this link – https://recordstoreday.com/Venues, so take a look as there is sure to be a store or two near you.

Do Some Bin Diving While You’re There!!

It’s a little known fact, but most record store owners start stock-piling tons of used and vintage records a month or two prior to Record Store Day for the express purpose of putting them out for sale on the one day a year when they can guarantee that: 1) the store will be busy and 2) you will not flinch at paying the price as listed.  If you are in the market for something rare and old there really isn’t a better day to spend a little time in your store and hit those bins.  You never know, this may be the day you find that buried treasure you’ve been searching for.  Sigh…maybe this is the year I’ll stumble across that copy of Rarities/B-Sides by The Raveonettes.

Feeling The Rush and Supporting The Lunatics

“It’s impossible to overstate the beauty of the serotonin and dopamine rush that one experiences by browsing thru a REAL live Record Store! Speaking as a music fan, I’m so grateful to the independent retailers who’ve kept this tradition alive.” – Don Was (President of Blue Note Records)

Going to the record store is kind of like going to a museum right down the street from you, except you can touch everything and maybe take it home with you.  Even when you don’t buy anything, it’s still loads of fun to go and look and listen to whatever music is out there, new or old.  Discovery is the point, and there’s nothing quite like that rush you get when you discover a song or band that changes your world.

Let’s be honest, that rush is what’s it’s all about.  You don’t get it shopping on eBay or Amazon and you certainly won’t get it at the iTunes music store.  It only exists flipping through bins and bins of old records at your local shop while the lunatic behind the counter nods his head to whatever heavy metal disc he’s spinning today.  He’s a good dude, you may have seen him in line at a taco truck on more than one occasion, and he probably has very specific feelings about the records you are buying.  Anyway you look at it, that lunatic and his shop is what Record Store Day is all about.  So whatever you’re looking for this Record Store Day (APRIL 18TH!!!) and whatever little piece of history you take home with you, make sure to thank the people who are running the store.  They are a bigger part of your community than you may realize.

And Now A Word From The Ambassador

Just in case I haven’t convinced you, here’s a message from this year’s Record Store Day Ambassador, Mr. Dave Grohl.

Couldn’t have said it better myself.