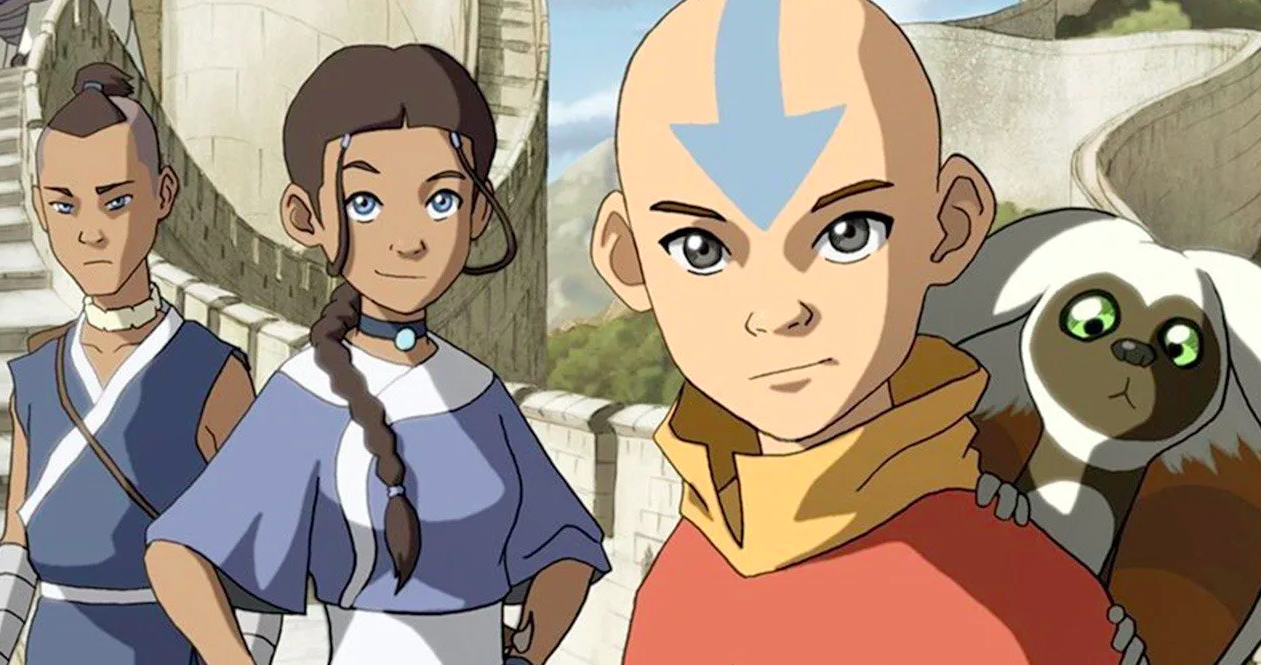 Like me, you might be going a little stir-crazy self-isolating and maintaining your social distance to avoid getting coronavirus. And perhaps you’re scraping the bottom of the Netflix barrell (so to speak) looking for something satisfying to binge while you wait for the world to calm down.

So here’s a suggestion: have you watched Avatar: The Last Airbender yet?

It first came out in 2005 and lasted until 2008. It came out on Netflix in January. If you haven’t been checking the kids section, you might have missed it.

I’ve just finished watching all three seasons — about 60 episodes — in the last week. I loved it. The series is getting a ton of press right now because Netflix is coming out with a live action version. But even if the live action one is available when you’re reading this, try the animated one first. It’s worth it.

The show is basically about a world that is split up into four groups: the Fire Nation, the Earth Kingdom, the Water Tribes, and the Air Nomads. In each group, some people can “bend” or manipulate their element. For a long time, there has been peace, but then the Fire Nation attacks the others and throws off the “balance”. Aang, the Avatar, is especially powerful of all because he can master all of the elements. It’s his job to bring peace and restore balance. It’s the story of him becoming the Avatar, meeting his friends Katara, Sokka and others, going off to save the world, etc.

The show itself is much of what you’d expect: lots of fighting and people doing cool things with elements. But the show is a lot more than that. This article is about that other stuff that make it more than just a kids show about martial arts.

The show really surprised me in how it considered complex social issues. It’s a kids show, so I sort of expected the plot to basically be “good guys versus bad guys” and that’s it. But it’s a lot more than that.

The show looks a lot at loss and the way that trauma in childhood affects the behavior of people later in life. Virtually all of the main characters have experienced some important form of loss: Sokka and Katara have lost their mother. Suko, one of the main antagonists, has lost his mother and his father has essentially abused him. Aang has lost his entire people and culture (that’s not a spoiler, it’s literally given away in the title, “The Last Airbender”). The writers did a great job of not just making those losses part of the story but also giving a nuanced view of what that kind of trauma can do to people.

The writers also treat war quite differently from many other shows aimed at kids. They don’t present a two-dimensional view of the “bad guys” and the “good guys”. Instead, they consistently show characters on both sides of the war as three-dimensional, interesting people. We come to sympathize — and to like — many of the villains as much as the protagonists.

The show also investigates politics and social issues in quite a complex way. They examine the effects of genocide and the consequences of oppressing people. They touch on colonialism and its effects. In a sequel, the writers look at populist movements and how they are created. The story looks at secret societies, government censorship, and what happens when a society chooses to ignore clear problems. There are many episodes that touch on identity, stereotypes, discrimination between the nations, and even sexism. They even touch on environmentalism and the effect of industry on the environment.

Much of the depth of the show comes from this relatively nuanced examination of how war and conflict affect real people. Yes, it’s done in a way that’s appropriate for 12-year-olds. And yes, it’s ultimately an action show. But they do manage to explore some difficult, complex subjects in a way that feels very satisfying to the viewer.

The characters are easily the best thing about this show. The main characters, of course, are great and likable. But it’s the peripheral characters that they did such a great job with. Momo, the lemur, somehow is an essential part of the show even though he doesn’t really ever do anything. Suko’s uncle Iroh, an ex-fire nation general, is obsessed with tea and playing Pai Sho. The cabbage seller becomes a recurring joke. One of the main antagonists becomes a happy-go-lucky circus performer. The originality of each of the characters, and how each of them develops over time, is very refreshing.

Here’s a video compilation of some of the best scenes of Uncle Iroh, one of my favorite characters.

This was maybe the biggest surprise for me — the show is actually really funny. Sometimes laugh-out-loud funny.

There are lots of funny moments, but here’s one: Zuko and his uncle Iroh are ambushed by this group of five muscley guys on rhinoceroses. They all have big weapons.

Zuko: “You know these guys?”

Iroh: “Sure. Colonel Mongke and the rough rhinos are legendary. Each one is a different kind of weapons specialist. They are also a very capable singing group.”

Singing group? It just kind of comes out of nowhere. The constant surprise is what’s so funny.

So then (*small spoiler*), they survive the ambush and escape. Iroh: “It’s nice to see old friends.”

Zuko: “Too bad you don’t have any old friends that don’t want to attack you.”

Then Iroh, with this perfect hurt expression full of longing, repeats him, “Hmmm… old friends that don’t want to attack me…”

You have to see it.

So that’s it: if there’s a bright side to this coronavirus thing, maybe it’s Avatar. I’ve become obsessed.

And if you finish it and are left wanting more… there’s always the sequel, the Legend of Korra.