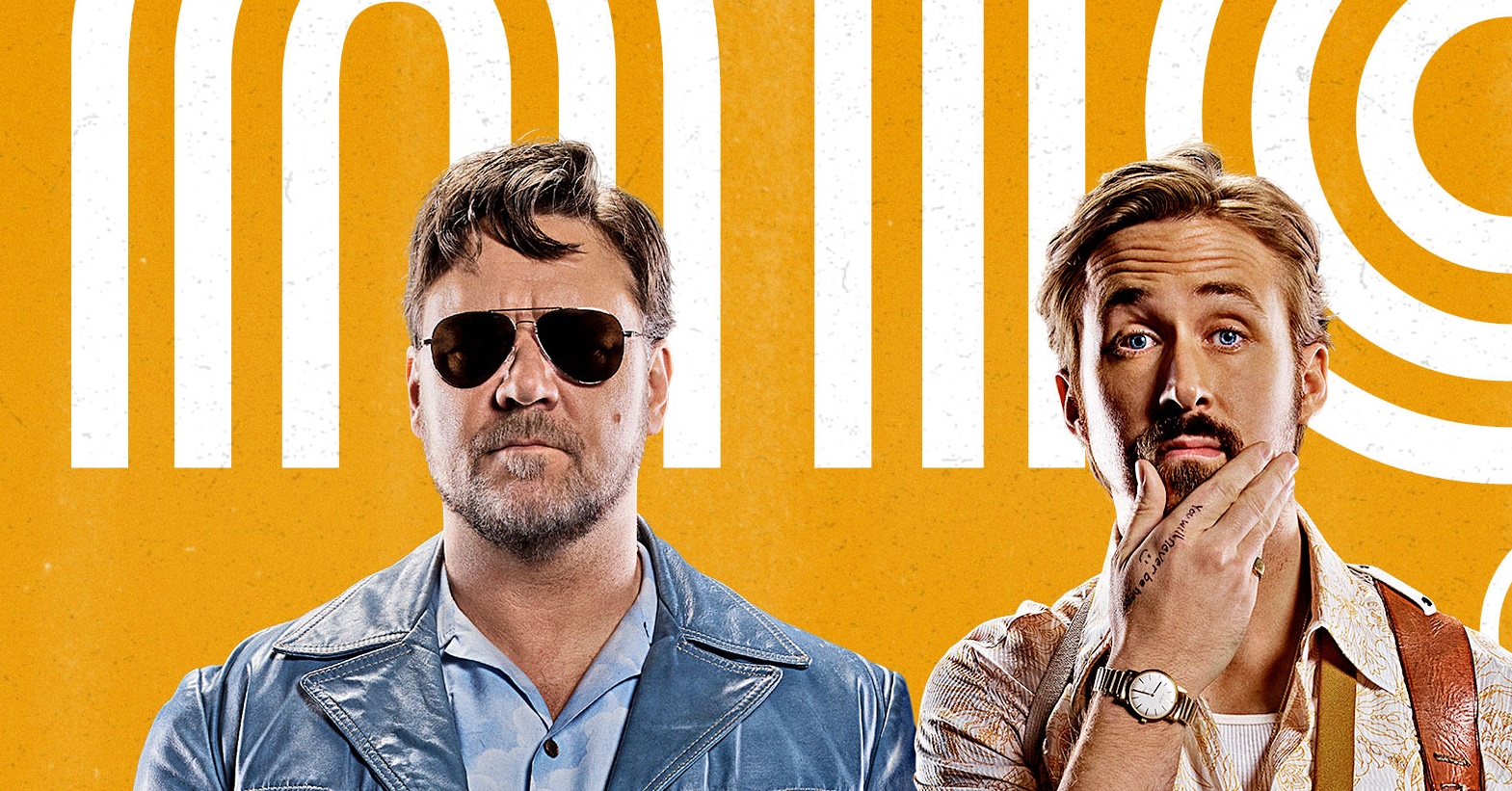 Shane Black’s new film, The Nice Guys, hit theaters this weekend. With the abundant viral marketing leading up to the premier, it has been pretty hard to miss. This film has every thing a summer blockbuster needs. There are explosions. There are gun fights. There’s tasteful nudity. There’s not-so-tasteful nudity. It’s not the movie to take your mother to see, no matter how beautiful she finds Ryan Gosling. But when it comes down to it, in between the car chases and general violence, does this movie deliver? Given the director, it’s not much of a surprise that it does.

The Nice Guys follows an alcoholic private investigator (Gosling) and debatably good-hearted muscle-for-hire (Russell Crowe). The two wind up working together to find a missing girl. The romp through a 1970s Los Angeles puts the two hard-headed pair in the middle of something bigger than two scumbags can handle. The setting is a good place to start. A 70s period piece can guarantee bizarre fashion and general hedonism. This is no exception to the rule. The costuming for this film is well above par, creating the gritty, antiquated feel, without the viewer catching on. While it may not provide a child of the time with a positive nostalgia, they will feel something.

As you would expect from a Shane Black screenplay, the writing is spectacular. The film is definitely not lacking in action, but the dialogue truly steals the spotlight. Gosling and Crowe do not exactly scream comedy in my mind. I would garner that many viewers feel the same. This was the shocker for me. Gosling’s character will have you doubled over. His relationship with his daughter (Angourie Rice), while far from endearing, is gut-busting. The young actress shines. While Crowe plays the straight man in all of this, he is by no means absent in the hilarity. The chemistry between the three leads creates a platform for a quotable comedy sandwiched in a summer thriller.

All-in-all, I can with no hesitation call this the movie of the summer. It may have a hard time standing out amongst the Marvel giants, and even Angry Birds, but I will be astounded if any movie can truly best The Nice Guys. On its opening weekend, the film is contesting with some big names. The aforementioned Angry Birds seems to have dominated, with Neighbors 2 delivering low numbers. The Nice Guys has been dragging its feet in the box office, and this is an issue.

In a Forbes review of the weekend’s film performance, Scott Mendelson put the problem aptly: “It’s a conundrum because we want major studios to put out movies like this, especially in the summer amid the tentpoles. But when they do put out and promote a film like this and nobody goes, it’s tough to complain that Hollywood is the problem.” If we want to see more films of this nature, it is on us as an audience to contribute to the culture. You don’t only vote with your dollar when you choose one movie over the other. You also vote when you stay home and wait for it to come to Netflix. Films like this don’t come along often. If you want to change that, hit the theaters this week, and be blown away by a prime example of what comedy can do.