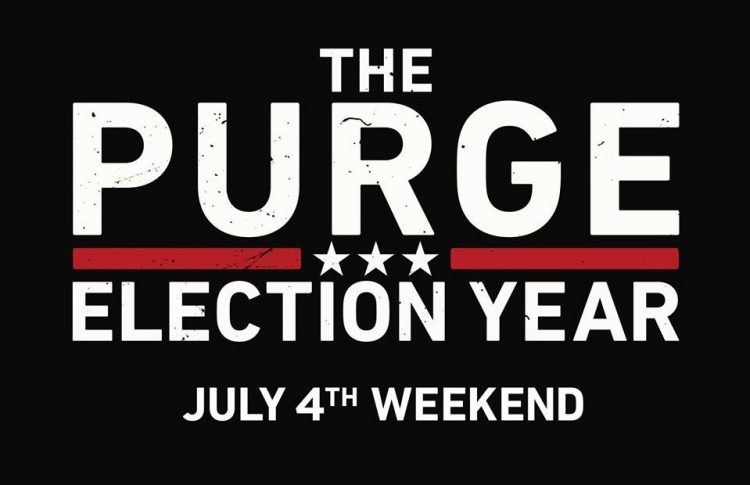 If you are anything like me, you likely approached the first film in the Purge franchise with hesitation. It looked like another home invasion move. You’d seen The Strangers (2008) and Funny Games (2008), and somehow a charismatic psychopath and masks seemed over done. Maybe you somehow ended up at the theater in 2013, and thought, “why not?” If that was the case, you were probably pleasantly surprised. No, Purge did not reinvent the home invasion movie. What it did do, however, is do more world establishment than is typical of the genre. Regardless of how farfetched, the idea of the Purge added justification. Justification that you don’t generally get before an axe chops down the door of someone’s oddly located wilderness mansion. The political bend behind the series, albeit heavy-handed, makes a Swiftian statement from a worn-out genre.

That political strain is continued in the upcoming third installment. Purge: Election Year, just released its second trailer. By “continued,” I really mean amplified. Judging by the trailer, the undertone becomes a blood-curdling scream in response to this year’s political atmosphere. It begins with an almost comedic campaign ad, which you may remember from February. Initially debuting during the Presidential Debates, it is complete with an all-American cast, and cheesy visuals. It’s interrupted with gun shots, before ending with the line, “I purge because staying in is un-American.” The rest of the trailer gives us a pretty thorough glimpse into the plot. In potentially stale repetition, a character that doesn’t belong on the streets finds herself in the middle of the chaos. Luckily, this movie adds an additional element, beyond simple survival. The protagonist is a senator using her position to bring the Purge to an end. Of course, this upsets those in charge. They decide to use the Purge to eliminate the senator, thereby eliminating any legitimate opposition.

The rest of the trailer is just as one would expect: lots of blood, some predictable jump scares, and all the other elements you need for an adrenaline pumping summer blockbuster. It comes to an end with a trashing of subtlety. Three words flash on the screen, one by one, separated by chaos. They read, “Keep America Great.” Here the team behind The Purge has really taken the gloves off. While criticizing a certain orange presidential candidate is by no means taboo, one can really appreciate the franchise’s vague anti-authoritarian message finally honing in. Whether it’s simply cashing in on the election year, or using the series’ popularity for a cause, we can possibly look forward to some more topical criticisms dished out this July.

Let’s talk about popularity. Not only have the two previous installments raked in money, but they’ve done so on razor-thin budgets. The first two films spent $12 million combined. They made over $200 million. Election Year will only add $10 million to that. Given the continued success of the series, it’s probably safe to say the new film will also add a hefty sum to the box office earnings. The Purge: Election Year will hit the silver screen on July 1st, so make sure you get to the theaters. Staying home is un-American.