Just as I wrapped up “Nexus 7 Integrated Services – Continued Review”, my Nexus 7 fritzed to black and didn’t turn back on.  Ah, irony is still alive and well in the universe.  So, being a technician, I plugged it in and hard reset the device by holding down the power and both volume buttons together.  Lo and behold, it worked!  Temporarily.  Then it died-again.  Technician in me is confused and I try a different charger.  No avail.  Different plug.  Nothing. 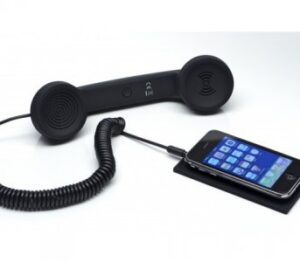 Ok, it’s time to call up the Google and test out their customer technical support.  I Google their contact number (ironic).  Hey, turns out they’re super easy going even if they are a little scripted.  I spoke with one pretty nice guy and explained my issue to him, and he summarized it back to me pretty succinctly, and then transferred me to the device returns department.

Here I spoke with a woman who asked about my troubleshooting steps, then generated the return.  Again, somewhat scripted, but not bad.  She gave pretty flexible responses after we covered the basics, and I got my Nexus 7 ready to travel home and be replaced.  Goodbye old Nexus.  She was excessively persistent to walk me through each step of shipping the item back.  Not a problem I suppose, but amusing to listen to like “Tape the shipping label to the outside of the box”.  I’m thinking to myself, “Have you seriously had someone put the shipping label inside the box?”  I got a chuckle out of it.

So in all fairness, having to return my Nexus 7 was a pretty serious negative.  I did not want my unit to fail, and I don’t know why it did.  -1 for Google.  Yet, they replaced it quickly, the new Nexus 7 was in my hands four days later, and it removed a scratch from the display of my device that was killing me to look at.  +2 Google.