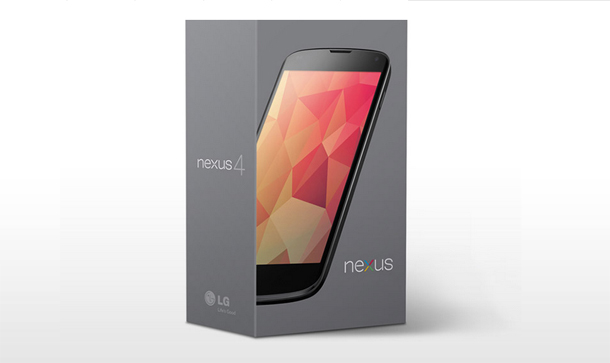 T-Mobile has cut the price of the Nexus 4 down to $50, making the LG-manufactured Google “flagship” smartphone the cheapest it’s ever been. Reports about the sales of the device have been conflicted however, with it publicly being sold out. There are also rumors circulating that over 1 million units have been sold; but Google and LG have been unusually mum about announcing sales numbers for the newest Nexus phone. 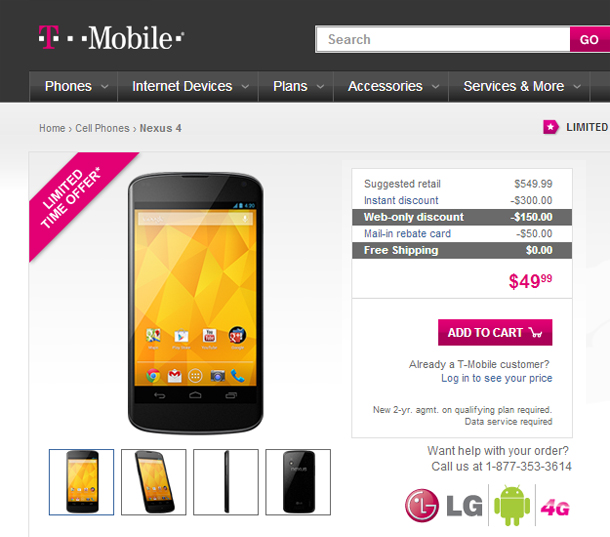 Normally, T-Mobile has been offering the Nexus 4 for $249.99, with another heavy discount for buying online. Buying it on the internet drops the price to $99.99. But, for a limited time, T-Mobile is offering the phone for $49.99, which is among the lowest price we’ve ever seen for the Android “flagship” superphone. These are the prices of the phone with a two-year T-Mobile service contract. The “full retail” price of the phone is $549.99.

Certainly, a heavy discount would seem to indicate that the Nexus 4 is not selling, or perhaps T-Mobile would like to increase sagging sales. But, the discounted price adds another mixed signal as bloggers and analysts try to determine how popular the Nexus 4 has been with consumers. The phone was perpetually sold out from the Google Play store, as well as a few stints of being sold out from T-Mobile. Yet, T-Mobile continued to offer sales and discounting on the device.

Some Android enthusiasts have attempted to decode the serial numbering scheme that the Nexus 4s carry to determine the number of Nexus 4’s produced. But the numbers arrived at by this process have varied wildly, with some claiming that 375,000 phones have been produced, while others claiming that over 1,000,000 phones have been produced. Officially, the companies involved, including T-Mobile, LG and Google have declined to comment on the sales of the Nexus 4.

To recap the specs of the Nexus 4, the phone has a Qualcomm 1.5GHz quad-core processor, 2GB of RAM, either 8 or 16GB of hard storage, an 8MP camera and a 4.7-inch IPS screen.  The lack of LTE 4G has been a constant criticism of the device, though it is capable of using T-Mobile’s HSPA+ “3.5G” high-speed network. Google has defended the lack of LTE, claiming that it has helped them keep the cost of the phone down.

While T-Mobile is offering the Nexus 4 on heavy discount, Google is continuing to sell the Nexus 4 on their Google Play website for its original contract price at $299, along with a 2-3 week shipping wait.