The new BlackBerry OS 10 and its respective phones may be coming out, but that doesn’t mean BlackBerry, the company (formerly known as Research in Motion) is planning to pretend like other smartphone operating systems don’t exist. A new report says that BlackBerry is planning to release software that will bring some BlackBerry Enterprise Service (BES) features to iOS and Android. 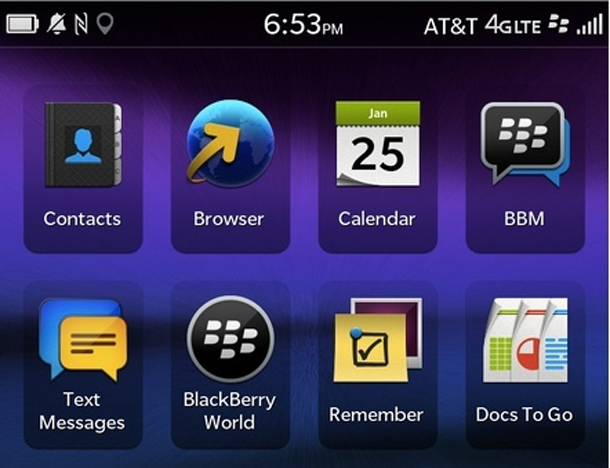 The workspace feature on BlackBerry OS 10 (which allows users to differentiate between apps and date for “work” and personal use) will now be extended to rival smartphones. If your company is running BES 10, your IT department will soon be able to allow users to extend secured workspaces to iOS or Android devices. It’s a neat idea that will basically allow people who work with BlackBerry phones to be able to securely access their work data from an iPhone or Android device. How or when this software will be added to the iPhone App Store or Google Play has yet to be announced by BlackBerry.

It’s another acknowledgement of the other smartphones from BlackBerry. The company acknowledged their platform had a low-selection of apps when they created an “Android Player” for PlayBook OS and BlackBerry OS 10 that allows developers to easily port Android apps to the BlackBerry OS.

There’s no indication if this is just the beginning of more integration between BlackBerry and iOS/Android. Many hold the opinion that the iOS and Android OS’s, are obviously better than BB’s OS. This is simply because of the breadth and quality of apps and more consumer-centric interface and features (as well as a more appealing phone design, before the Z10). But, BB OS does have an incredible email client, particularly for corporate email setups, as well as a rocksolid security system for keeping files secure.

This is what made BlackBerry popular with corporations and governments (although this is changing). As both consumers and enterprise customers move to iOS or Android devices; we could be seeing BlackBerry begin to offer more integration with these devices. For example, like the workspace feature running on iOS or Android and the “Android Player” that allows developers to easily port Android apps to BB OS 10.

Still, BlackBerry has continued to push their own phones and devices on the market for both consumers and businesses. They don’t seem content just to offer their email and network services as add-ons for another operating system. What do you think about the newly released BlackBerry Z10? Should BlackBerry continue to make devices, or should they focus on software and services for other devices? Share your opinion with us in the comments section.