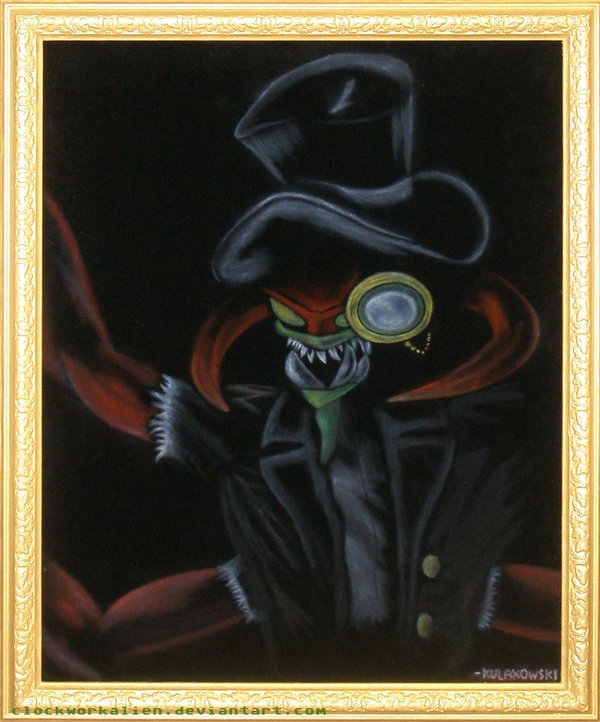 What do you get when fine art and geekdom collide? You get an eclectic blend of power and refinement, dark and light, genius and instinct. What you get is Kyle Kulakowski and his incredible black velvet video game paintings.

A Revelation in the Desert

When asked about his roots and how he came to love painting on black velvet, Kulakowski answered with a story that makes him sound like a character from a fiction novel:

One overcast day back in 2007, I was hiking south of Tucson when I came across a stack of velvet paintings…it was like an artist abandoned an entire flea-market’s worth of velvet paintings in the middle of the desert. They all had an identical image of a crying woman painted on the velvet. I picked up a painting and had an epiphany: Classic video games also use simple black backgrounds to emphasize bright colors. Well, right then it started to monsoon and I grabbed a painting to use as an umbrella. I managed to slog off the trail with the soaked velvet painting in my hands. When I made it back home and dried off, I started researching velvet painting history and techniques.

As incredible as it may seem, this discovery in the desert is what made Kulakowski’s art what it is today. I asked Kyle to tell me a little more about the art of painting on black velvet, as many are not familiar with his particular medium. He described his work in great detail:

A lot of velvet painting is finding the right paints and style to not make the fibers of the velvet clump up (giving it a terrible  dried-Elmers-Glue-in-shag-carpet-look) It is also about finding the right fabric that you can paint on: nothing too dressy, the longer the fibers in the velvet, the more  it will clump up. I start a painting by stretching velvet over a piece of foam-core board. I then apply the oils (or acrylics) directly on the stretched canvas.

Since his storybook beginnings, Kulakowski has continued to paint. When asked why he chose video games as the subject of nearly all of his works he responded:

Well, black velvet is a kind of  ‘lost art’ – it is impossible to find someone who practices the artform, and books on the subject are far and few between.  Most folks are not aware of the amazing and wildly varying artistic styles and ideas in modern games. I try to illuminate both forms of art with my velvets.

Incredibly enough, he does just that. Kyle strikes a perfect balance of keeping his lost art alive and revealing the many different artistic aspects that modern (and not so modern) video games have to offer

As he has continued to expand his artistic repertoire, Kulakowski has found some recognition and success in his field. His black velvet painting from the South Park episode ‘Make Love Not Warcraft’ was judged by Ron English as a winner of South Park Studios ‘Year of the Fan’ contest. As part of the prize, his work was included in a traveling ‘Art of South Park’ exhibit that was featured at  San Diego Comic-Con 2011 and Macworld/iWorld 2012. He also created three video-game related velvet paintings for the ‘Six Seasons and a Movie’ gallery show at Monk Space in Los Angeles (the tribute art show for NBC’s ‘Community’).

Asking an artist to choose a favorite from amongst his own gallery is never a fair or easy question. Kyle, however, was able to answer matter-of-factly:

Hands down it’s the life-ish size ‘Sword of a Thousand Truths. I really want to bring it to somewhere with a lot of Warcraft players so, I’m holding out for an unofficial Warcraft-themed gallery show somewhere.

By engaging in a simple conversation with Kulakowski, one can immediately tell that he is extraordinarily passionate about what he does. There is no doubt that this passion will ultimately translate into more and more success for Kyle and his beautiful velvet paintings in the days ahead.