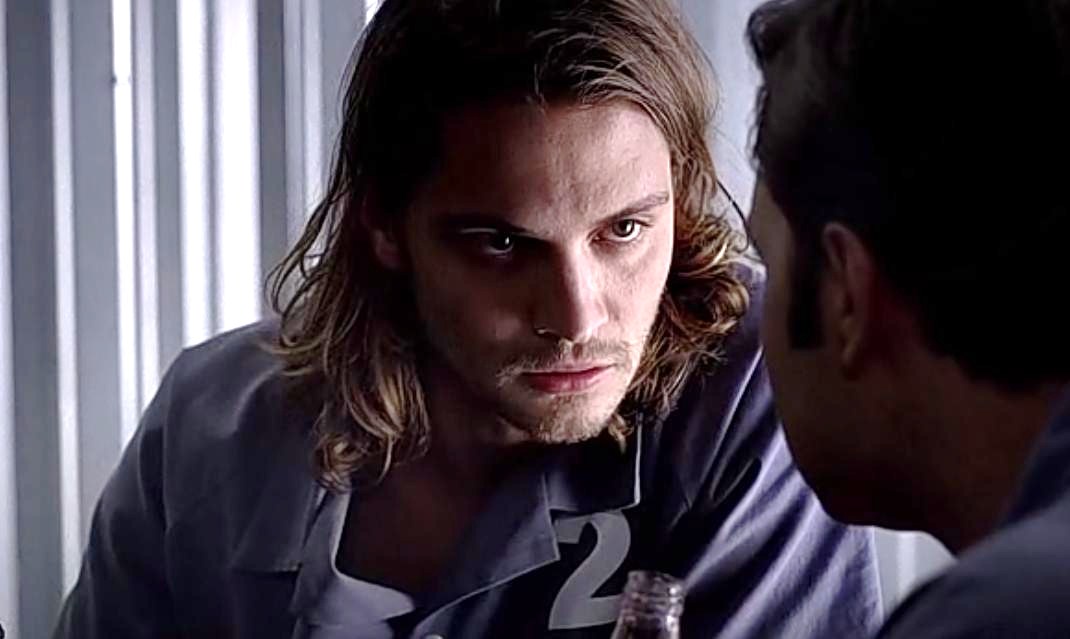 Before the commencement of “True Blood”’s final season, HBO announced that the character of James—who was introduced in the prior season as a new love interest for main character Jessica Hamby—would be recast. No specifics regarding the recast were dropped, save for the fact that James’s actor, Luke Grimes, would be replaced with Nathan Parsons, his current actor.

Some theorized that Grimes left to fully commit to his role in the highly anticipated Fifty Shades of Grey film adaptation. Given that the film will be the first of three, all of which will almost definitely annihilate the box office, and that “True Blood” is finishing its seven-season run this year, this theory seems legitimate (not to mention understandable). Unfortunately, career advancement is not why Grimes ditched the show posthaste.

In a recent interview, cast member Nelsan Ellis revealed that the true reason behind his one-time Truebie’s sudden departure was his unwillingness to play a LGBTQ character.

“You make a statement when you do something like that,” said the actor. “If you have a child, if you have a son, and he comes out as gay, what are you going to do?….You just made a statement, and it has ripple effects.”

Ellis went on to denounce Grimes’s lack of professionalism, stating, “I certainly can’t tell my boss, ‘I can act what I want to act, but not what you tell me to act,’ especially on a show where you come in, knowing what it is.”

Ellis has gained notoriety (not to mention massive popularity) for his portrayal of “True Blood”’s fierce and fabulous Lafayette Reynolds, a gay character who often addresses (with due disgust) the prejudice that he frequently faces due to his sexuality. The show has always used the supernatural as metaphors for real-life social issues (particularly gay rights) doesn’t shy away from depicting graphic violence and sexual situations, including those of its notable LGBTQ characters. In addition to Lafayette, popular “True Blood” LGBTQ characters include his no-nonsense cousin Tara Thornton, straight-talking Pam Swynford de Beaufort, and wholly self-indulgent, wholly insane Russell Edgington.

Though a series regular since the first season, Lafayette did not develop a romance relationship until the third season, when he met his mother’s caregiver Jesus Velasquz. Sadly, Lafayette’s happiness with Jesus did not survive the next season, when the ghost of vengeful witch Marnie possessed Lafayette and had him kill Jesus. But thankfully, the show’s final season has seen Lafayette develop a connection with James (who confided in him his attraction to men, something that he hadn’t even confided in his live-in girlfriend, Jessica), which culminated in a one-night stand. It is unclear at this time whether or not they will initiate a relationship, but the mutual attraction and deep respect between the two is more than apparent.

The “True Blood” fan community’s reaction to Grimes’s unwillingness to play a LGBTQ character has been much the same as Ellie’s: pretty severe dismissive side-eying.

Grimes (whose father is a pastor) will appear as Elliot Grey, Christian Grey’s adoptive brother, in Fifty Shades of Grey next February.