Home Geek Life Runefest 2014: Is it Worth it?
Geek Life 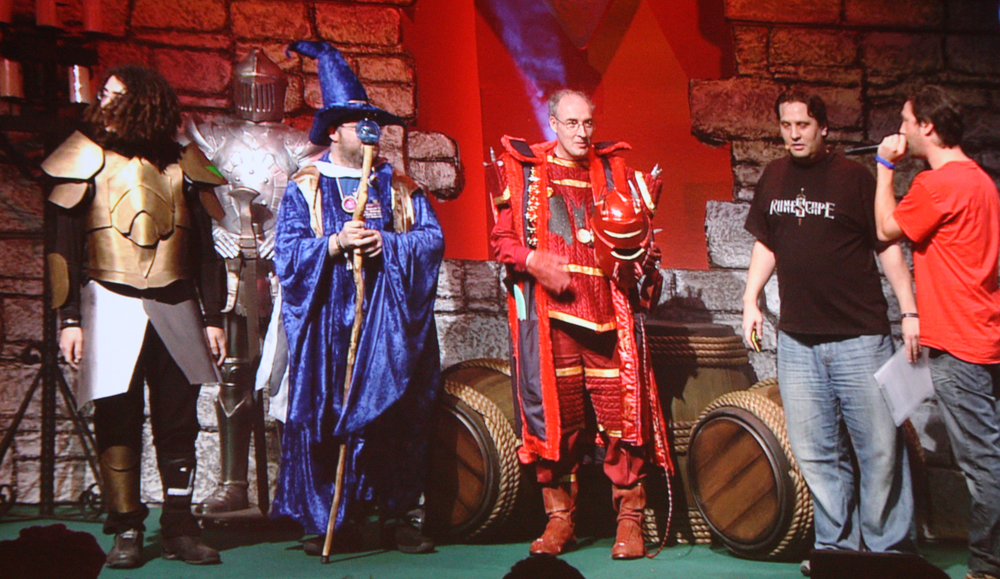 October 11th marks Jagex’s fourth annual “Runefest’- a convention entirely for Runescape players. The con will be held in London, England at its usual convention center at “Tobacco Dock”. It is the first ever single-game convention to attract a large population of gamers, and is also the first convention entirely payable with in-game currency! However, the convention’s price is high and its content lacks variety as it is based on a single game.  Will the event regardless help to keep the supposedly ‘dying’ game alive?

What to Expect From RuneFest 2014

It is rumored that Jagex has been attempting to escape its position in the shadow of World of Warcraft, and even League of Legends. If this is true (and looking at polls and ratings, one would assume that it is) those in attendance should look forward to hearing about Jagex’s newest and most exciting advancements, both projected and in action! They want to excite you!

Jagex promises a day filled to the brim with developer panels and insider sessions, attendee rewards (both in and out of game) and one-on-one talking time with moderators and admins of the game. In past years, attendees have enjoyed game-themed events and food, as well as fresh information about upcoming additions to the Runescape game and community. If attending, one should expect to wade through throngs of enthusiastically dressed cosplayers and Runescape fanatics. Keep your eyes wide open as you’ll likely run into a great many of your favorite admins and creators!

But the convention, as it has in past years, will inevitably lack variety. Unlike other comic and game conventions that celebrate countless titles and creators and convene hundreds of nerd communities, RuneFest has only one focus: Runescape. Don’t get us wrong- Runescape is a dynamic, inspired and engaging game that provides layers and layers of content for varying levels of intellect- however, by nature, this convention is limited by its content. Hopefully, the event team has put together a sensational con that will keep us busy for a full 13 hours of roaming about dungeon-themed rooms and listening to programmers’ announcements.

Is it Worth the Money?

If you’re ready to fork 99£ (roughly $170) over to Jagex for a single day of cosplay, insider information and Runescape-fanatic camaraderie, then yes, absolutely! The sum is hefty, and when added to travel, lodging and food costs could be far too much for even the most devoted members of the Runescape community.

As mentioned above, RuneFest is payable entirely by in-game-gold, meaning that players can attend the convention (food, lodging, entry, etc…), barring travel, without paying the slightest bit of real-life money. For those devoted players with millions in the game-bank, the opportunity couldn’t seem brighter; however, to accumulate a sum large enough to cover the costs of the event would take a player years upon years of regular gameplay.

For those avid fans dripping with in-game gold or with remarkable commitment to the game, the experience is a unique and rare one. MMORPGs tend to form tight communities of like people, and Runescape is no exception. To be among others of similar interest in such an engaging and community-based pass-time (or way-of-life as it is to some) could be a moving and exciting experience for fanatics.