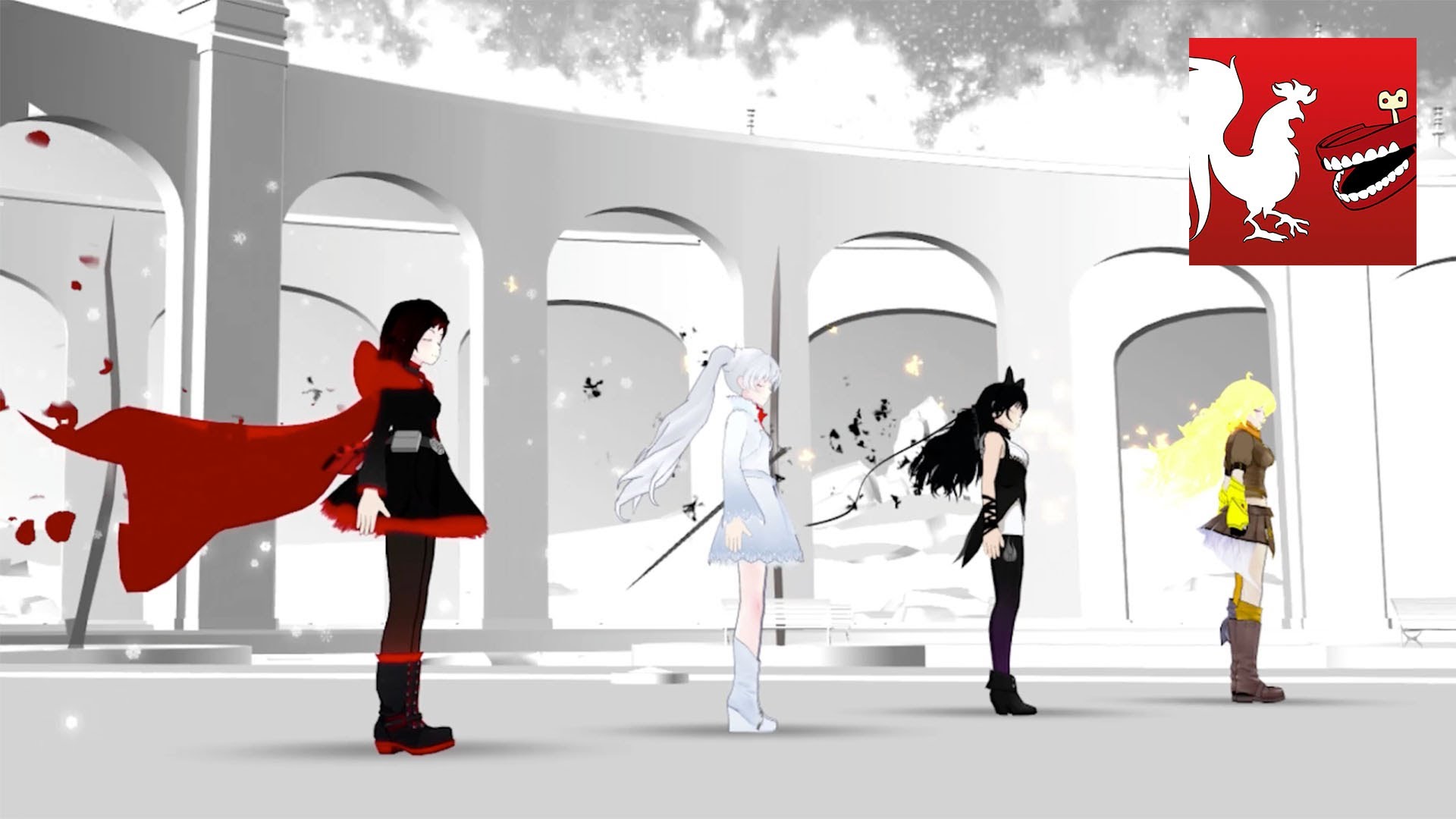 RWBY seasons two has finally begun with a mixture of new and old. Chapter one is definitely an introductory episode through and through, but is it a quality episode in general?

The two new characters who are introduced at the begging of the episode are Mercury and Emerald. Not too much is revealed, but they are both rather normal human beings, Emerald is a loyal, yet quirky “master thief” while Mercury is a witty companion who likes to make jokes at Emerald’s expense. However near the end of the episode, it is revealed that they are connected to Torchwick and the cryptic Cinder, who has her own little scene and strikes the intimidating, yet seductive debut with her mysterious “Phase Two”. Some old faces have returned as well such as Sun Wukong, the monkey Faunus from Season 1 who now seems to be a new student at Beacon Academy alongside a friend of his, Neptune.

Some Things Change, Some Stay the Same

After the first couple minutes, it became obvious that RWBY’s team has learned from their feedback in season one. The characters design, the mouth and audio sync and movement of majority of the characters seems much more smooth and natural, which was a bit of a problem in the first season. The characters seem more realistic and less blocky and awkward. The voice actors for the returning cast seem to have defiently improved, however there were a few moments, such as when Cinder talks to Torchwick, where the dialogue seems rather awkward and clunky. Still these moments were far and few in between.

The music was definitely as solid as it always has been, especially during the epic and hilarious fight scene of the episode, which will be discussed later in the article. The new opening looks gorgeous and the new opening song is pretty solid although its not as good as the first opening in my opinion, however I still have already bought the song on I-Tunes.

The highlight of the episode, naturally, is the over-the-top food dight between Team RWBY and Team JNPR. It was an fight of epic proportions, with turkeys used as weapons and multiple structures destroyed. It was funny, ridiculous and I loved every minute of it. The music that played during this scene was excellent, it was a remix of various characters themes all mixed together and I can only hope that those songs will eventually be available to download. When the fight ended, it was a segue way, an introduction to the idea that hilarious and fun times might be coming to a close as an impending danger of sorts is approaching. Glad to see that the theme of expressing deeper and darker concepts like discrimination, loneliness and loss expressed in RWBY season one is present in the second season as well. From the lyrics of the new opening and the ominous last few scenes of this episode it seems that this seasons will focus on political and the main characters having to adapt and mature when dealing with the upcoming “Phase Two” of Cinder’s plot.

As an introductory episode “Best Day Ever” is fantastic and leaves the viewer wanting to see more. There were plenty of new characters and foreshadowing of something ominous on the horizon and the most ridiculous, epic and yet gorgeous food fight of all time. There were a few small hiccups but otherwise Season 2 has only demonstrated improvements on the technical side of things. All I can say is that Roosterteeth and the RWBY production team seem to have made improvements that can only make RWBY stronger as a series, of course keeping up this kind of energy might be difficult but after seeing this episode I have faith that they will deliver this season of RWBY.